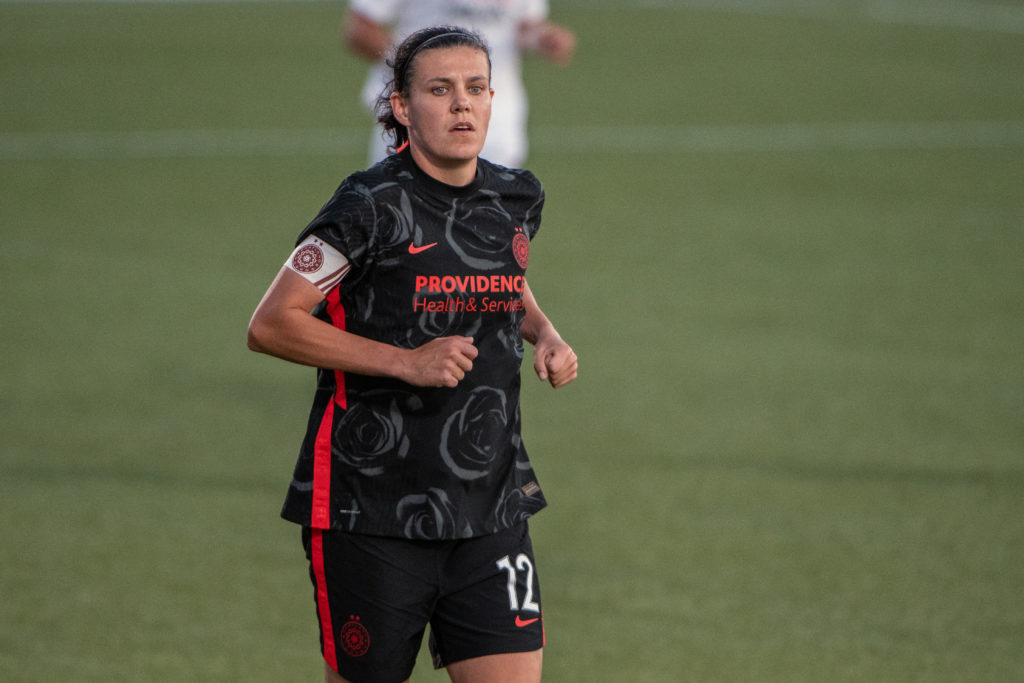 The Cascadia rivalry is arguably one of the best rivalries in women’s soccer in the United States. A scoreless draw was deemed unlikely before the first kick of the ball even happened. However, that was the outcome in a very different rivalry match. There were no fans and it wasn’t even in Cascadia territory. Despite all the changes, the physicality was still there — even in hot, humid weather. OL Reign and the Portland Thorns battled, but ended up with a 0-0 scoreline.

Far away from Providence Park or Cheney Stadium, the Cascadia rivalry certainly looked different in Herriman, Utah. Both sides took chances, with Portland controlling most of the match in the first half. However, the Reign saw a few good looks from Dani Weatherholt, Jodie Taylor and Sofia Huerta.

The best chance of the match for the Reign was from Taylor Smith. In the second half, Smith picked up an errant clearance by the Thorns defense. However, despite being at the penalty spot, Smith smacked the ball wide of goalkeeper Bella Bixby.

SO CLOSE!!! 😱 Taylor Smith with a wonderful opportunity to put the Reign ahead. She hits her shot wide.#RGNvPOR | 0-0 | #NWSL pic.twitter.com/17LnlHcPYO

History did not happen for Thorns midfielder Rodriguez, as she and Shirley Cruz were expected to become the first Costa Rican national team members to face off in the NWSL. However, Cruz started the match on the bench and did not enter the match for Farid Benstiti.

Of note for the Reign, Bethany Balcer was substituted out of the match early in the first half. According to CBS sideline reporter Marissa Pilla, Balcer was having difficulties breathing during the match. However, she is expected to make a full recovery.

With the final result, the Thorns will be facing off with the North Carolina Courage in the quarterfinals of the Challenge Cup. Meanwhile, the Reign will likely face the Washington Spirit.

If the result holds… this could very well be our knockout round bracket.#RGNvPOR | 0-0 | #NWSL pic.twitter.com/eUBPwvSL3a