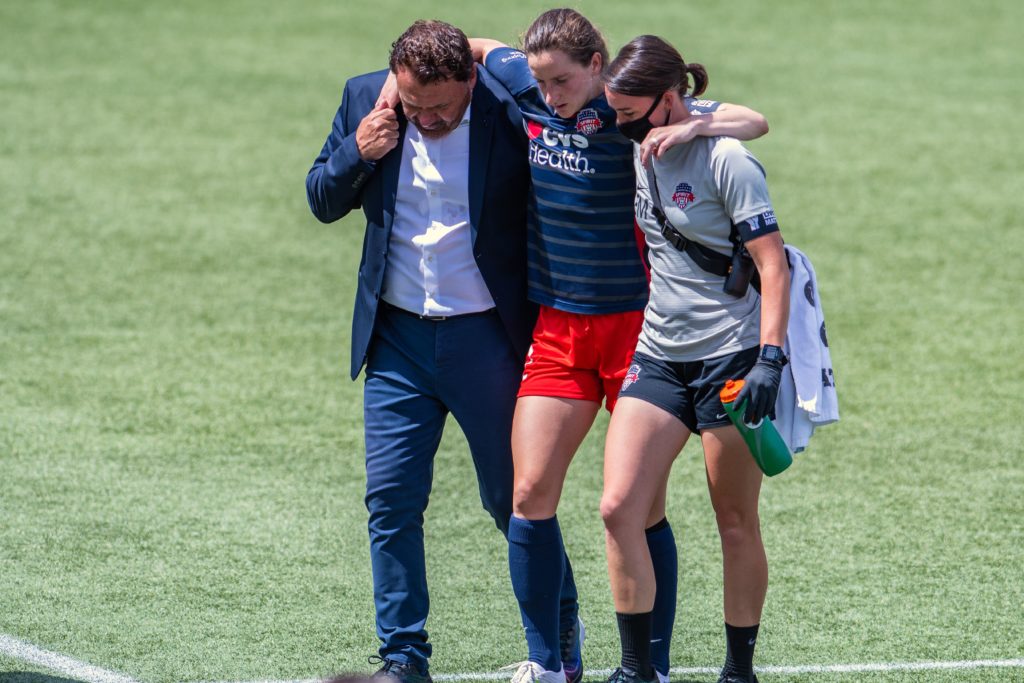 Andi Sullivan will miss three to six months of action due to a torn meniscus, the Washington Spirit announced on Monday. Sullivan tore her meniscus early in the second half of the Spirit’s 1-0 victory over the Houston Dash on Sunday, the team’s final preliminary match at the 2020 National Women’s Soccer League Challenge Cup.

The Spirit captain will exit the NWSL athlete village and return to Washington, D.C., for arthroscopic knee surgery on Thursday to repair the cartilage, followed by rehab in Sacramento. Sullivan, 24, had been pushing for a place on the United States women’s national team roster ahead of the Olympics, which are delayed until July 2021.

“I’m obviously disappointed to not be out there playing, but I’m excited to watch the rest of the tournament and I’m hoping to see my team win it all in the end,” Sullivan said in a statement. “I’m hopeful that I can continue to build off of the performances I had in the Challenge Cup after I complete rehab in a few months, and I’m confident that I will come back from this injury stronger.

“I’m grateful to everyone who has reached out to me, asked me how I’m doing and sent good vibes my way. It means a lot, and I will carry those with me throughout my recovery.”

Spirit head coach Richie Burke said on Sunday after the match that Sullivan had been dealing with some nagging meniscus issues, and he was hopeful that it wouldn’t be a major injury. Sunday’s MRI on Sullivan’s knee revealed otherwise.

“I’m coming to terms with losing such an influential player for the tournament, but my main thoughts are with Andi and her rehabilitation process,” Burke said. “I’m super confident that she will return quickly from this injury as a better, stronger player. Her impact on this team during my time at the club has been immeasurable – and I know she will be pinging me and our players to keep us all on our toes even as she recovers from surgery.”