Washington’s experiment takes another step forward in win over Houston 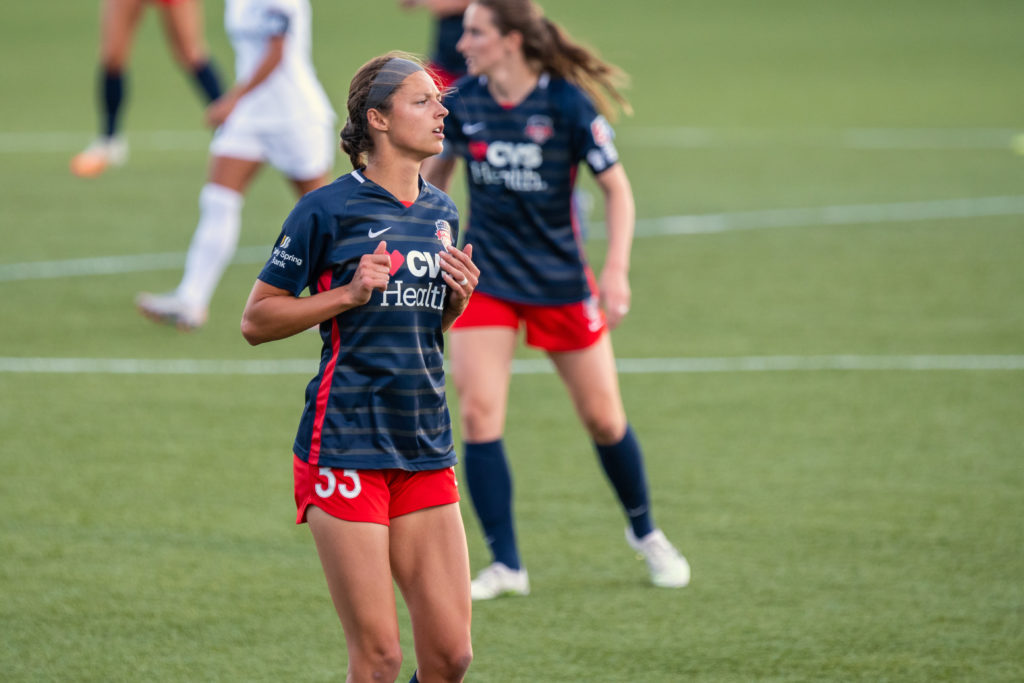 The Washington Spirit took the next step in their 2020 National Women’s Soccer League Challenge Cup journey on Sunday by passing loops around the Houston Dash and holding on for a 1-0 win.

Not unlike many other Challenge Cup games, the match on Sunday was one of two halves, where Washington’s game plan at the outset had Houston chasing shadows for the first 45 minutes. But in the second half, fatigue and the varying effectiveness of substitutions allowed the Dash to work themselves back into the game. But despite falling into a low block (which head coach Richie Burke called a 5-2-2-1) for the last 15 minutes, the Spirit walked away from the match-up with the appearance of a much stronger squad.

Washington’s evolution into a possession-heavy, probing team has been extensive and well-documented, with the team utilizing the players they had (and very pointedly drafting the ones they want) into a cohesive playing style that has developed over time. Like all projects, last year there were glimpses of brilliance from the young team, but not always the final performances that put them in the upper echelon with teams like the North Carolina Courage, Portland Thorns, and Chicago Red Stars.