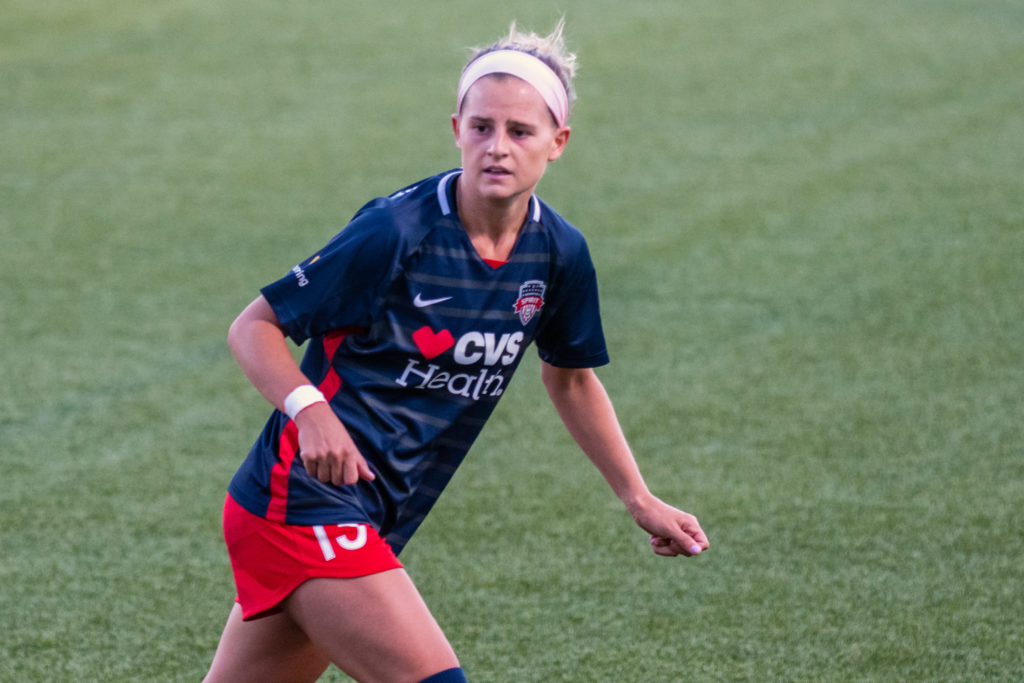 Bayley Feist’s 16th-minute goal held up as the game-winner for the Washington Spirit in a 1-0 victory over the Houston Dash on Sunday in each team’s final match of the preliminary stage of the 2020 National Women’s Soccer League Challenge Cup.

Feist curled her shot around three Dash defenders after receiving the ball at the top of the box from Ashley Hatch, who was on the receiving end of a great pass from Kumi Yokoyama.

The result temporarily puts the Spirit in second place with 7 points, behind the North Carolina Courage, who clinched the top seed heading into the final round of preliminary play.

Washington controlled 59% of possession and completed 200 more passes than Houston on Sunday.