Tziarra King celebrates the moment while maintaining a wider perspective 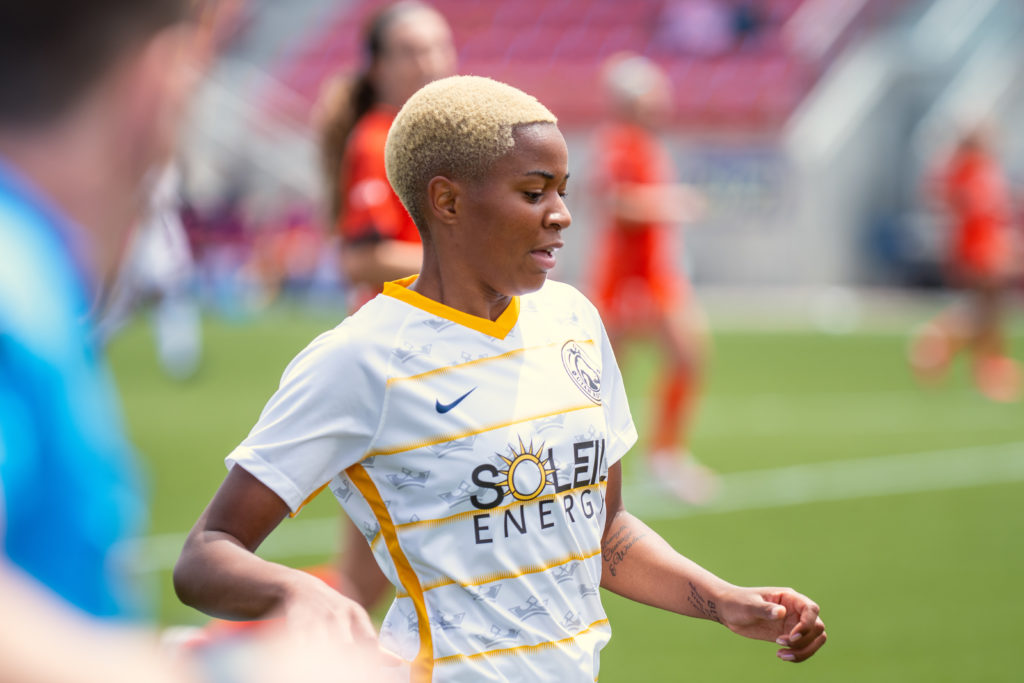 Look closely now, or you’ll miss it. Look closely at what’s written on the wrist of No. 3, for the Utah Royals, who just subbed into their game against the Houston Dash in the 70th minute, with the Royals trailing 3-1. Try to catch a glimpse of the ink as she adjusts her “Black Lives Matter” armband, or anxiously shakes out her arms. It’s too small to read from far away, but the five phrases written on the inside of her left arm will tell you everything you need to know about ‘Z.’

Tziarra King (the T is silent), the 21-year-old Utah Royals rookie who will go on to score the equalizing goal for the Royals 19 minutes later, in her debut, is quickly winning over the National Women’s Soccer League with her exciting potential, compelling voice and infectious joy, all while cutting a path for young Black girls all over the United States.

The first word on her arm is Unstoppable, a word that has defined the striker since her youth soccer days in Sicklerville, New Jersey.

Despite a prodigious high school career during which she scored 106 goals for Winslow Township High School, few big-name college programs sought her out.

“Really, she wasn’t recruited that heavily, which was crazy,” said Tim Santoro, head coach at North Carolina State. “There weren’t that many big-name schools after her — this one Division 3 school in New Jersey, a couple mid-majors.”

But when Santoro, who also hails from south Jersey, was scouting another prospective recruit in the state, King caught his eye. “She happened to be in the same game, and about five minutes into the game, I realized, ‘I’m gonna recruit Z.’ I forget who the kid even was on the other team.” Soon, King was heading to NC State.

The MVP of the NWSL Challenge Cup? A family cleaning business hit hard by the pandemic
Keeping up the pressure: Analyzing Houston’s new look — and whether it can be sustained