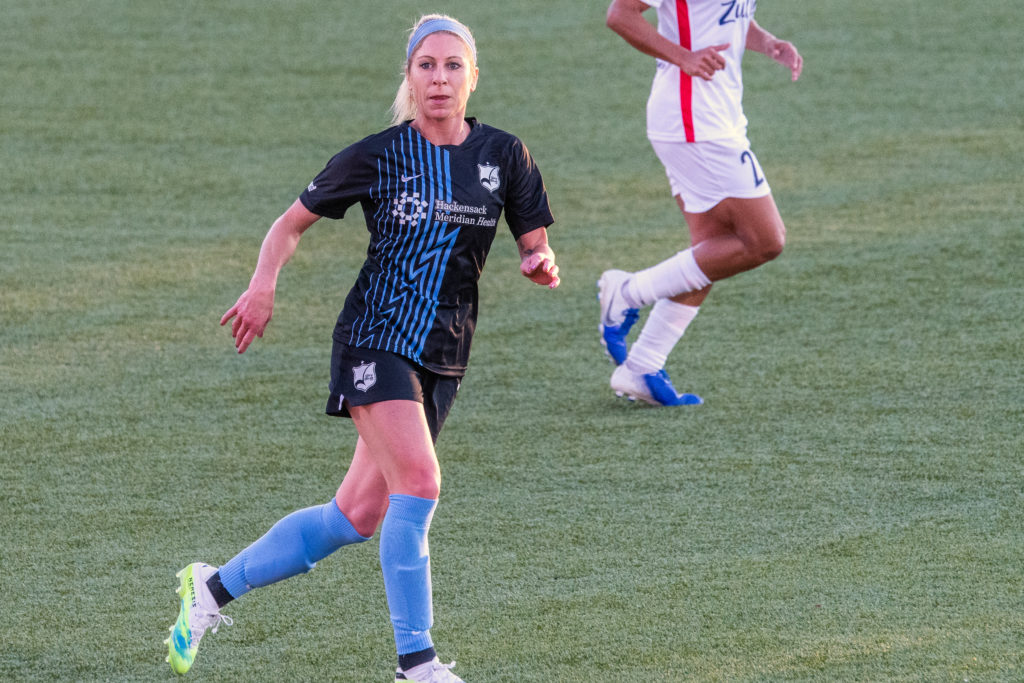 Nahomi Kawasumi provided a goal to remember — one which looked nearly identical to her 2011 strike against Sweden in the World Cup semifinal — in Sky Blue FC’s 2-0 victory over the Houston Dash on Wednesday, and while Kawasumi was great in her wide forward role, it was Sky Blue’s midfield that dictated the result.

Cudjoe — whose story of waiting years for her shot at the top level after coming to the U.S. and playing junior-college soccer, then included earning a contract through open tryouts — started for the first time and played the through ball which drew out Houston goalkeeper Jane Campbell, who cleared the ball right to Kawasumi to set up the highlight-reel goal. Cudjoe had the freedom to be a playmaker in that midfield, and there was — for the first time in this tournament — a clear cohesion among Sky Blue’s middle three.