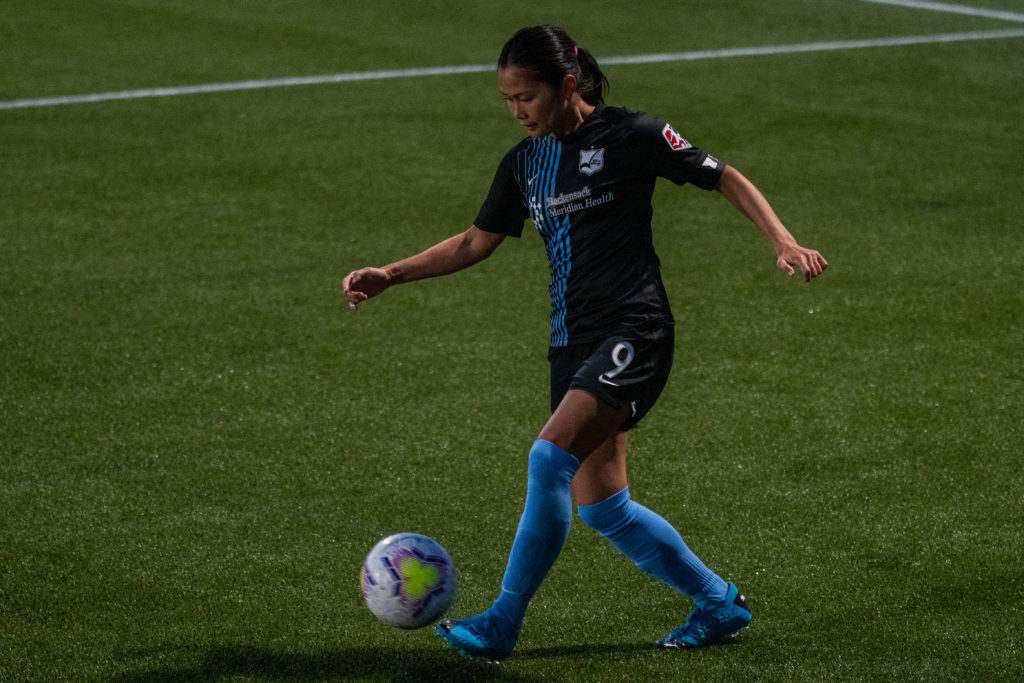 Sky Blue FC scored their first goals of the 2020 National Women’s Soccer League Challenge Cup in a 2-0 victory over the Houston Dash on Wednesday.

Paige Monaghan opened the scoring for Sky Blue in the 17th minute, when she ran on to a through ball from Ifeoma Onumonu and touched the ball around Dash goalkeeper Jane Campbell.

That is how you score your team's first goal of the #NWSLChallengeCup!

Paige Monaghan gets it around the keeper and puts it in the back of the net to put @SkyBlueFC up one. pic.twitter.com/2zZW2j7VuR

Seventeen minutes later, Campbell came off her line to clear a through ball, but her clearance went right to Nahomi Kawasumi, who had a go at an empty net from about 40 yards away. Kawasumi found the back of the net to double Sky Blue’s lead.

Nahomi Kawasumi catches the keeper out of place and nails it from more than 40 yards out for her first goal in a @SkyBlueFC jersey! pic.twitter.com/afLkZbzNZw

The result means the North Carolina Courage clinched the No. 1 seed in the knockout round of the Challenge Cup. Sky Blue joins four other teams behind them tied on 4 points.

Balcer saves the day, but OL Reign are very much a work in progress
Sky Blue’s midfield finally clicks in win over Dash