Bethany Balcer makes the difference in Reign victory over Royals 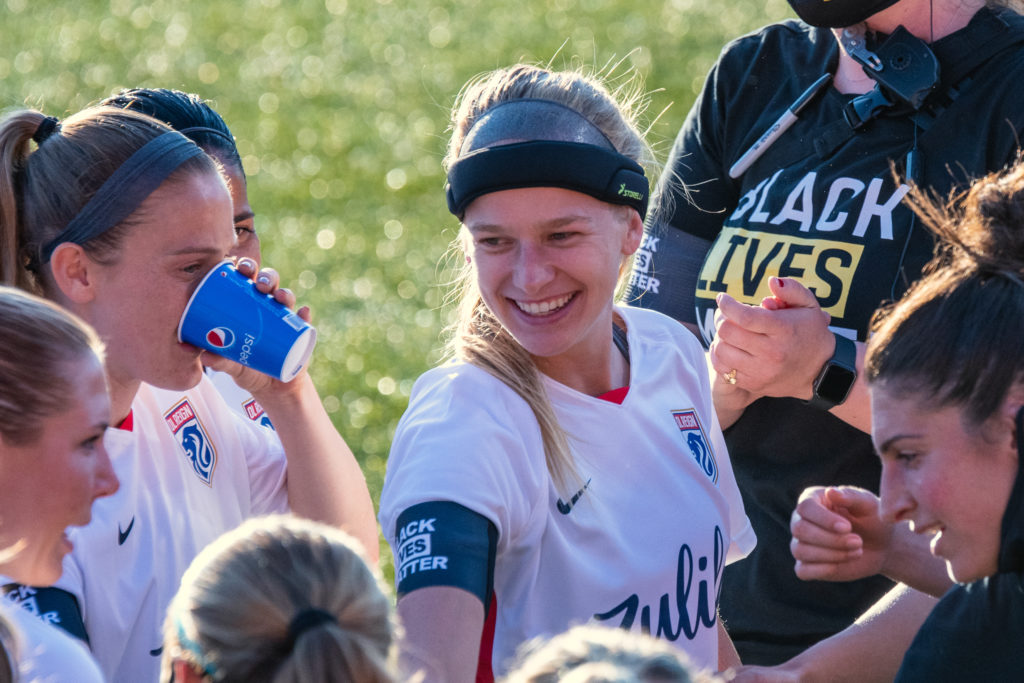 As the battle for better seeding heats up, OL Reign and the Utah Royals FC took the pitch early on Wednesday afternoon. Substitutions made the difference for OL Reign, who captured their first victory of the tournament, 1-0.

Bethany Balcer scored the game-winning goal in the 91st minute, off an assist from Yuka Nicole Momiki. Balcer’s header hit off the foot of Nicole Barnhart, and went into the Royals’ net.

Bethany Balcer with her first goal of the tournament, and it's off a beauty of a header! #UTAvRGN | 0-1 | #NWSL pic.twitter.com/Y9Kiu24JFZ

Other than Balcer’s attempts and eventual goal, there weren’t many serious chances throughout the match. However, each side’s goalkeepers did record a few saves to keep the score level until the 91st minute. Barnhart featured in her first match of 2020. Previously, Abby Smith had started the first two matches of the NWSL Challenge Cup for Utah. However, Smith was rested in the match, a decision made by head coach Craig Harrington. On the other end of the pitch, Michelle Betos made her return to soccer after rupturing her Achilles tendon last year.

Barnhart finished the contest with four saves, with two coming against Bethany Balcer. Meanwhile, Balcer made the best attempts for the Reign, after she entered the match in the 69th minute, coming on for Costa Rican midfielder Shirley Cruz.

Mallory Weber should have just let it rip on the first touch. It would have been a killer goal.#UTAvRGN | 0-0 | #NWSL pic.twitter.com/POv9I7E3Gb

OL Reign will take on the Portland Thorns FC in a Cascadia rivalry in the final group-stage match on Monday. Meanwhile, in their final group stage match in Herriman, Utah, the Royals will face off with the Chicago Red Stars on Sunday.

Racing Louisville FC announces itself to the world amid an unforeseen 2020 calendar
Balcer saves the day, but OL Reign are very much a work in progress