‘Nobody makes it to this league by being mediocre’: Sharples, Davison on coming together, creating their own moment 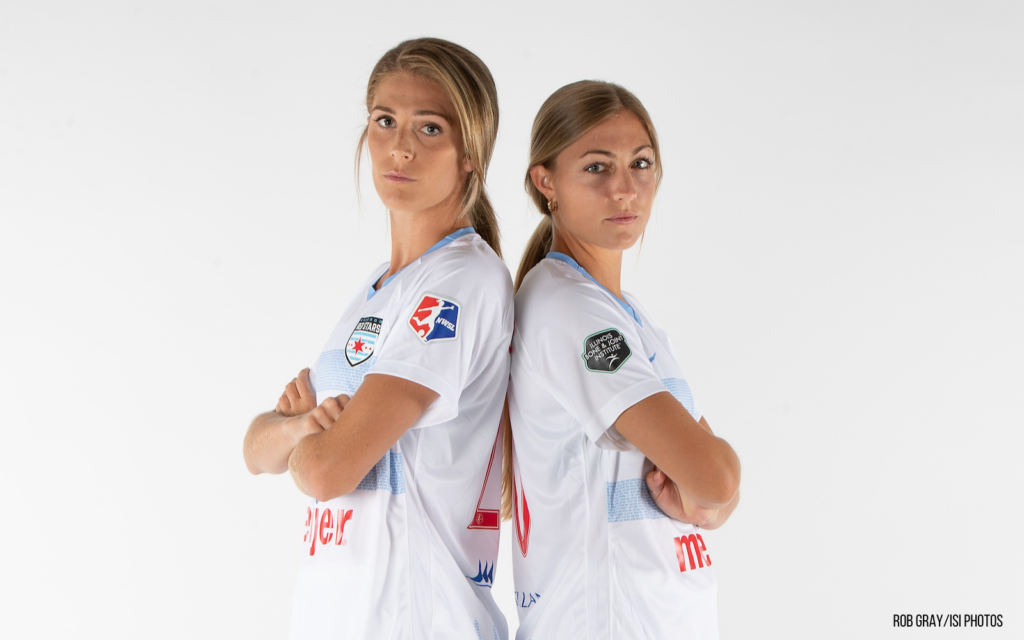 When Kayla Sharples and Hannah Davison found out they were getting their first competitive professional starts, a few days before the Chicago Red Stars’ second match at the National Women’s Soccer League Challenge Cup, their emotions were measured with excitement and purpose.

“Leading up to the game, I think two practices before, we were able to work through strategy and things that we wanted to accomplish throughout the game,” Sharples said in an interview with The Equalizer. “For me, it was exciting to get the start, but I knew that the work didn’t stop there. I was focused on what I can do in the game.”

“I think so much work goes in behind the scenes that everyone doesn’t get to see, at practice,” Davison added. “For both of us, last year was such a big growing experience, even just practicing with the best players in the world, you get so much better every single day regardless if you get time on the weekend or not. And so I think I just felt really excited to get the opportunity to showcase everything that we’ve been working towards.”

From Naperville and Geneva, Illinois, respectively, Sharples and Davison both grew up playing club soccer in the Chicagoland area for Eclipse Select Soccer Club, the program run by Red Stars head coach Rory Dames and functioning as a large part of the development channel for the local talent on the Red Stars’ roster.

“Rory said at the end of the [Portland Thorns] game, there were five Eclipse kids [on the field],” Davison said. “Something about the environment and the culture of Eclipse, a lot of that has fed into this culture, that we’re going to be the hardest working team no matter what.”

Paired at center back against Portland, the duo ground out a 0-0 draw against a Thorns squad that had done some rotating, but still featured players like Lindsey Horan and Christine Sinclair. Sharples had eight clearances, two interceptions, and won 100% percent of all tackles and aerial duels. Davison blocked four shots, had five clearances, and won 100% of her tackles, according to Opta.

While that blue-collar mindset to defending had always been an intrinsic part of the pair’s playing style, they also had to instill some patience in getting their opportunity with the Red Stars’ first team. Both Sharples and Davison played together before college, then they took that partnership to Northwestern University, after which both were picked up by the Red Stars in the 2019 College Draft.

But even after making the jump to the professional level, Sharples and Davison had to go through an evolution, and further development took time.

Kickin’ Back with Sam Mewis and Lynn Williams
How the Spirit, Red Stars tweaked tactics against North Carolina