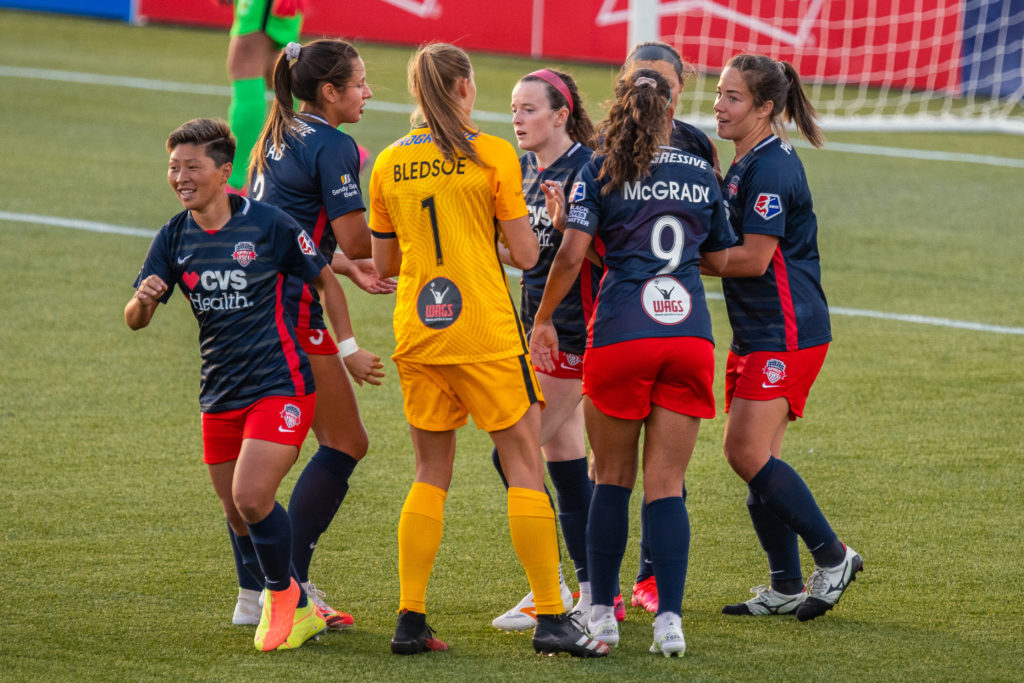 As the group stage of the NWSL Challenge Cup gets closer to dwindling down, teams are fighting for points. Although all eight teams in the tournament will advance to the knockout round, points help with a potential better seed on the bracket. In the middle of the pack, the Portland Thorns and Washington Spirit looked to increase a favorable playoff spot. Both sides, though, came away with one point, after a 1-1 draw.

Portland took the lead in the second half, courtesy of a goal from Lindsey Horan in the 69th minute. Horan’s goal came off a set piece play, as the midfielder used her head to send the ball past Aubrey Bledsoe.

However, in the 77th minute, defender Sam Staab smacked home a header past Bixby. The goal was assisted by rookie Ashley Sanchez, who flicked the ball to Staab on a back heel pass.

Quite the assist from @ashleynsanchezz 🤩

Bella Bixby, who made her third-straight start in goal, was busy. She was forced to deny the best chance of the night from Ashley Hatch with just her fingertips, in the second half. Meanwhile, she also recorded stops against Jordan DiBiasi and Sanchez, the rookie from UCLA. On the other end of the pitch, Spirit newcomer Kumi Yokoyama pressed hard for a goal on multiple occasions.

Portland had chances, too. Natalie Jacobs of the Spirit denied a Horan goal in the first half. Meanwhile, early in the second half, Angela Salem took a shot, but sailed it over Bledose’s crossbar. Aside from Horan’s goal, Portland’s best chance came in the second half, when Christine Sinclair was unmarked inside the box, but hit her shot over the crossbar.

Is the solution for beating the Courage, playing like the Courage?
The battle for challenger continues as Thorns-Spirit result proves inconclusive