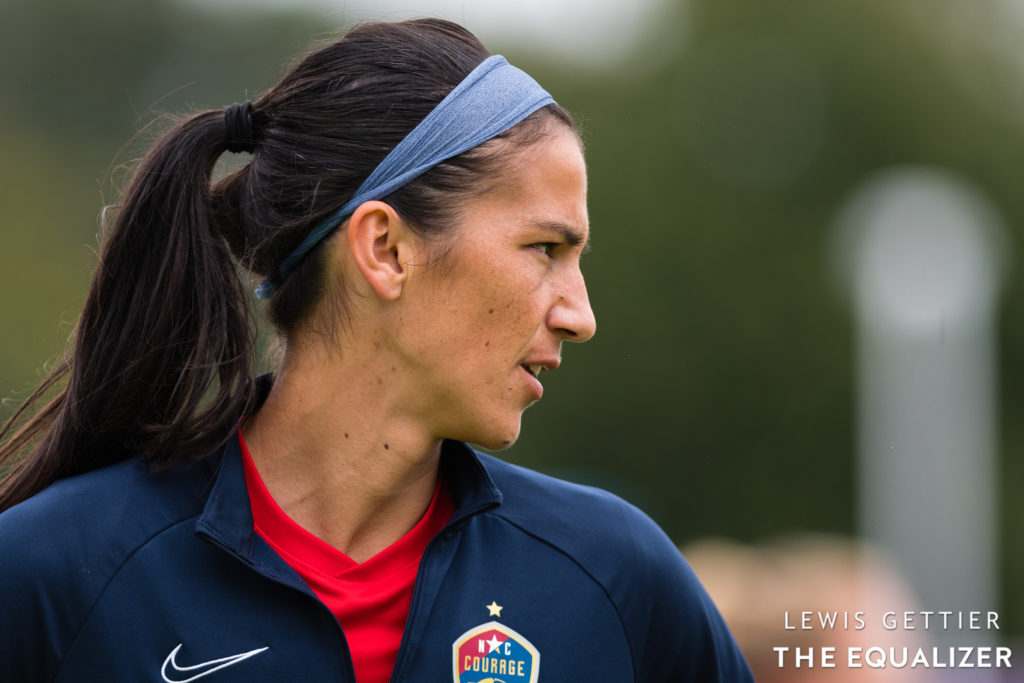 Abby Erceg scored a thundering header following a short corner kick to lift the North Carolina Courage past the Chicago Red Stars, 1-0 on Sunday in the 2020 National Women’s Soccer League Challenge Cup. The Courage sit atop the tournament standings with three wins from three games.

Crystal Dunn played a short corner kick to Denise O’Sullivan, who then passed to Jaelene Daniels in the center of the field, well outside of the 18-yard box. Daniels served a right-footed cross first time to the back post, where Erceg lost her mark and headed the ball off the bottom of the crossbar and into the back of the net.

Off the crossbar and in! Abby Erceg puts @TheNCCourage on the board and in the lead 👏 #NWSLChallengeCup pic.twitter.com/joFWPY0yDO

Chicago’s best opportunity of the match came in the 41st minute, when Kealia Watt stripped Abby Dahlkemper of the ball at midfield and ran toward goal for a potential 1-v-1 opportunity with Courage goalkeeper Katelyn Rowland. Dahlkemper pursued Watt from behind, pulling on her arm, and Erceg recovered to pressure Watt from behind with a sliding tackle. Watt got the shot off, which Rowland saved, and Erceg caught some of Watt’s ankle. No foul was called.

Here's the save by Rowland on Watt! The giveaway, speed, save…scenes! pic.twitter.com/TRmrzODghr

The game was the first meeting between Chicago and North Carolina since the 2019 NWSL Championship in October, which the Courage won comfortably, 4-0, for a second straight title.

Houston, this definitely is not the same old Dash
Is the solution for beating the Courage, playing like the Courage?