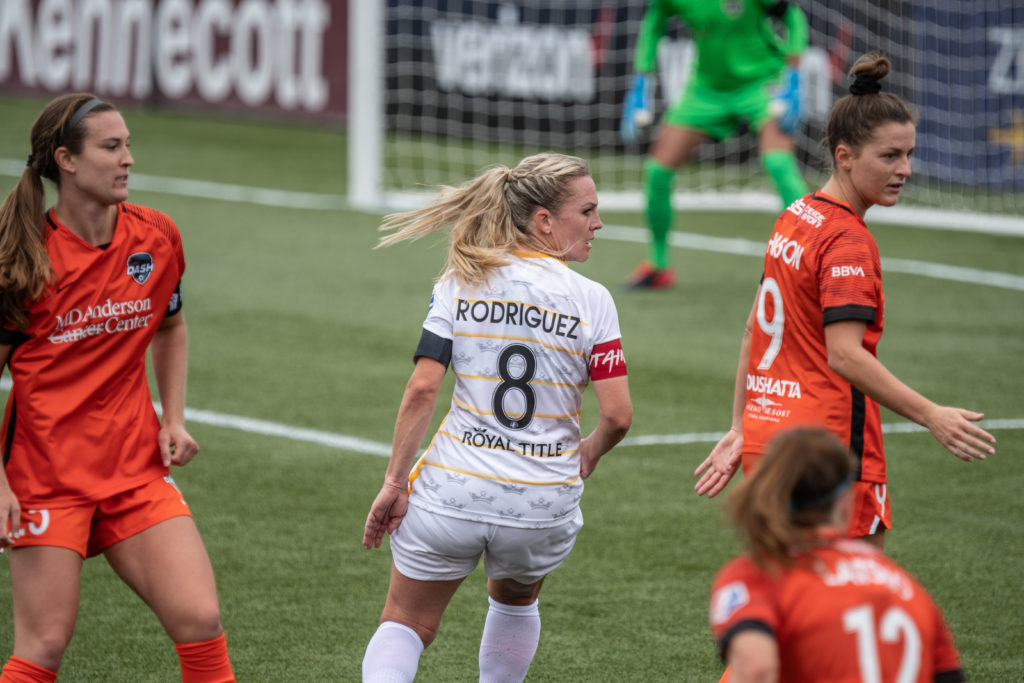 Amy Rodriguez had no problem splitting defenders from Sky Blue FC in Saturday’s NWSL Challenge Cup tilt as Utah Royals FC picked up their first win of the Challenge Cup over Sky Blue, 1-0. The Utah forward, who also nutmegged Midge Purce early in the contest, had her first goal of the tournament assisted by Spanish teammate Vero Boquete.

The connection lifted the Utah Royals over Sky Blue, 1-0.

Vero with the assist, and Amy Rodriguez with the finish! The #NWSLChallengeCup hosts are up by 1. #UTAvNJ | 1-0 | #NWSL pic.twitter.com/bC3QRVTtiu

In goal, Abby Smith made her second-straight start for the Royals. Meanwhile, for Sky Blue FC, head coach Freya Coombe elected to keep Purce in a right back role.

Tziarra King, who scored the equalizing goal against the Houston Dash in the Royals’ first contest, came into the match in the 66th minute. However, she could not find the back of the net against Kailen Sheridan. King had a good look on net late in the second half, but was missed by teammate Arielle Ship, a former member of the Washington Spirit.

Utah finished the match with a 1-0 victory, lifting them over Sky Blue. It was the first-ever win for head coach Craig Harrington.