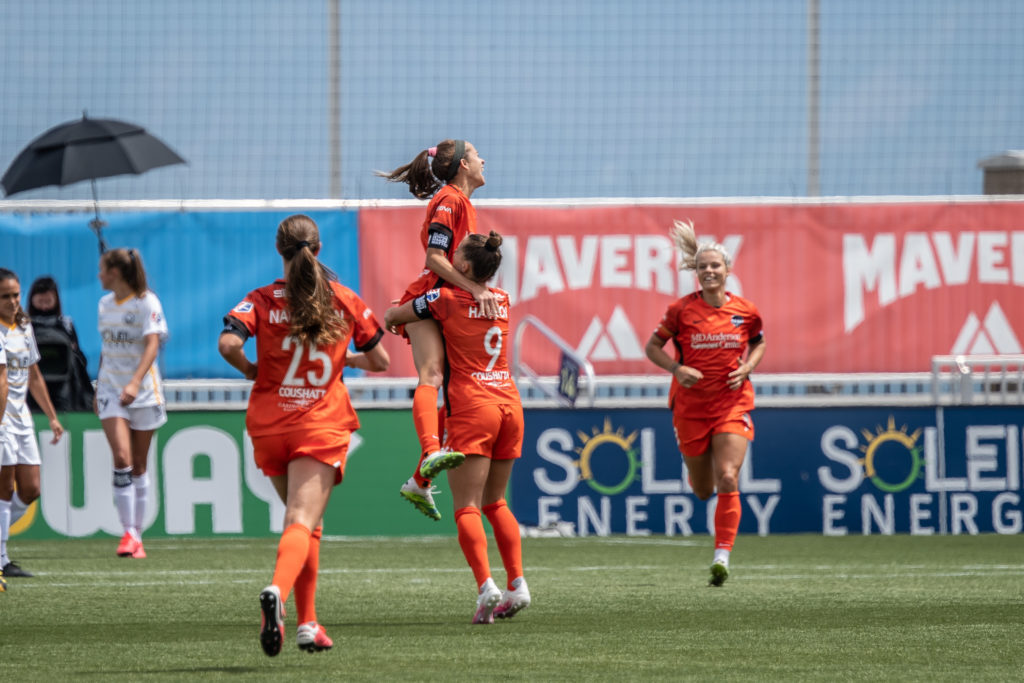 Shea Groom had a fire lit under her on Saturday night against OL Reign. It took only seconds after a scuffle with midfielder Shirley Cruz for Groom to double the Houston Dash’s lead over the Reign. Houston took control of the match, from beginning to end, earning their first win of the Challenge Cup, 2-0.

What a goal from Groom, who scores her second of the tournament! #HOUvRGN | 2-0 | #NWSL pic.twitter.com/dkdBxXV42o

Kristie Mewis scored the Dash’s first goal, in the 12th minute. Groom had a hand in that play, too, assisting Mewis’ goal. Mewis tapped in the goal with her left foot inside the box.

Houston also managed to keep a clean sheet, too. Jane Campbell was not forced to make a single save in 90 minutes, as the Reign couldn’t hit any of their five shots on goal. Darian Jenkins had the closest chance for OL Reign in the second half, sending a curling shot toward Campbell. The shot went wide, but Jenkins was also whistled offside.

Despite the Dash winning the match and securing successful offensive plays, the Reign led in possession with 57.8 percent. Reign also led on set pieces, having five in the entire match while the Dash only had two set piece plays.

Kristie Mewis finds the back of the net for an early Dash lead! #HOUvRGN | 1-0 | #NWSL pic.twitter.com/uBc6iAExcC

Royals show growth in new system as Sky Blue search for answers
The Equalizer Podcast: Utah and Houston win on Day 4 of the NWSL Challenge Cup