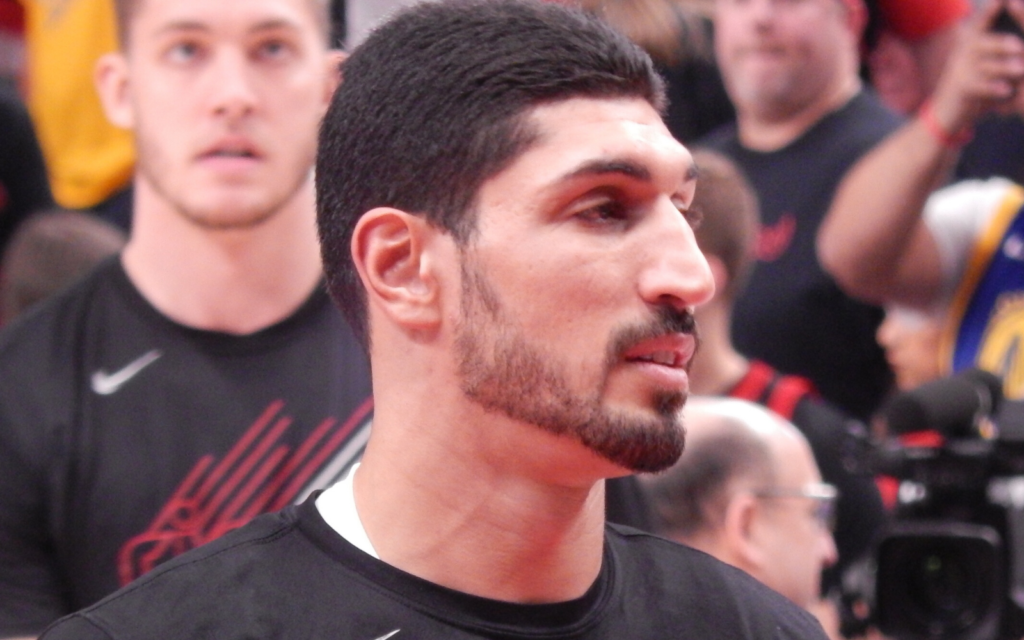 “I would probably say I am the biggest soccer fan, especially women’s soccer, in the NBA.” It’s a strong statement from Boston Celtics big man and human rights advocate Enes Kanter. With the 2020 National Women’s Soccer League Challenge Cup underway as the first team sports league to return to play in the United States, Kanter has his eye on Utah.

What team is he rooting for?” If I have to pick one,” Kanter said in an interview with The Equalizer, “I’m picking Sky Blue.” The Turkish center played for the New York Knicks from 2017-2019 and still likes to spend his summers in New York.  He was looking forward to attending some NWSL games this year at Red Bull Arena, the new home of Sky Blue FC, until the coronavirus pandemic made that impossible.

We loved having you! #RBNY https://t.co/lcV1dIHR1p

“I go there every summer. I hangout there, so I would love to be part of the experience, go to the games,” Kanter said. “They [NWSL players] don’t get enough credit because I know how hard they work.”

Kanter doesn’t want to talk a big game; he wants to show up. In a February op-ed published for Time.com, Kanter wrote, “I believe the rest of us, including myself, can do more to show our support for female athletes, so that they can get the respect and fair treatment they deserve.” When asked what that “more” was, Kanter gave three simple answers. First, respect them. Second, experience it. Go to games. Lastly, lend your word and platform.

“We are living in an age where every word we say and everything we talk about can inspire so many people. They [women athletes] don’t get the respect and attention they deserve but we can change that.”

In talking more about his story for Time, Kanter said it facilitated a conference-like discussion with his teammates on the way to an away game. “We talked about what we can do to support women’s basketball, and not just women’s basketball, but women’s sports better, because we all have these big platforms with so many kids idolizing NBA players,” Kanter said. “I feel like we can make a huge impact.”

Kanter doesn’t want his basketball roots to fool you: he loves soccer, something he reiterated multiple times to The Equalizer. He also thoroughly enjoys women’s sports. “I don’t just go for support,” he said. “I enjoy watching women’s basketball and women’s soccer games. I used to go to women’s basketball games overseas with my friends and they used to leave early and I used to stay and hang out because it’s sport.”

Even though she’s opted out of the Challenge Cup, Megan Rapinoe is Kanter’s favorite player. Rapinoe is someone who shares his passion of being vocal in and out of sport. She headlined the fight for equality at the 2019 World Cup while winning the Golden Ball, drawing the public criticism of U.S. President Donald Trump.

“What she does is just so inspiring, not just for the soccer players, but the whole world of athletes are taking an example of what she’s doing,” he said.

Even though he’s currently preparing for the upcoming shortened NBA season in Orlando, Kanter says you can expect to see him live tweeting a Challenge Cup game or two. He’s ready for his Sky Blue Jersey, No. 11 with Kanter on the back — although his backup teams to root for are the Chicago Red Stars and Washington Spirit — and he knows what the players are sacrificing to play the sport they love. He thinks it’s time they get the respect they deserve.

“After they [U.S.] won their last World Cup, you can see people starting to show more respect and attention to what’s going on,” he said. “I believe it’s going to get better and better but we just need to push it so it will be faster. It’s moving too slow.”

He’s ready to be a part of that push — front row, center, at Sky Blue games in the future.