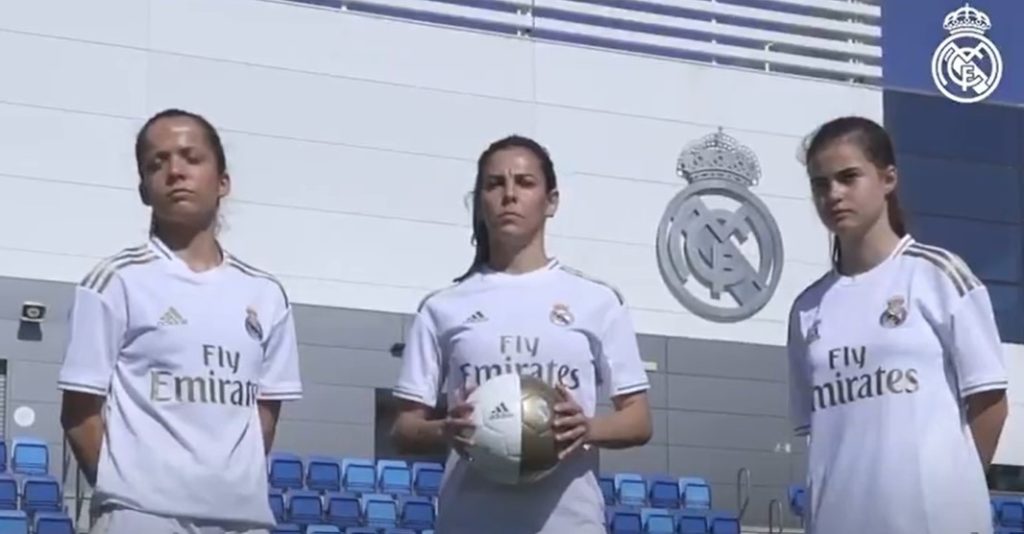 It was June last year and France was hosting the biggest Women’s World Cup to date. It seemed time had finally come for women’s soccer to establish itself among the hearts and minds of a growing number of fans. And then, out of nothing, the news many people were waiting for broke in Spain: Real Madrid would join the party after taking over recently promoted CD Tacón.

Years of rumors and speculation were over. There was no need for the recurring question about ‘if’ or ‘when’ would Real put in place a women’s squad. From now on, media could focus on the process, the signings and yes, the coming disappointments. This is Real Madrid, after all.

Starting that summer, the biggest club on Earth had a year to familiarize with a new environment, a new competition and, above all, to dramatically transform on the go the structure of a team with no experience in Primera Iberdrola at all.

For Real Madrid management, in fact, this kind of precipitous launch was not even in their plans. The club president, Florentino Pérez, had made public their desired approach: to start from zero, building from scratch academy teams that would end up producing a professional team sometime in the distant future. It was a low-risk, uncompromising strategy more in line with what los blancos would do in a perfect scenario. The club’s reputation would be safe from risky adventures.

‘It feels like I’m still dreaming’: Cudjoe’s long road from Ghana to NWSL

The surprising rise of Tacón, however, presented itself as a shortcut on the road – a furious push with some caveats to deal with. First and foremost, Real would be accused of buying their place and jumping over teams already fighting on the pitch with the aim of reaching Primera Iberdrola. It’s a fair moral question and it won’t go away. At the same time, it’s also true that the same route has been very common in Spain, with the likes of Athletic Club, Sevilla FC, Real Betis or Valencia CF taking it in the past.

With a probably once in a lifetime opportunity to address the awkward question of still not having a women’s side in 2019, Real Madrid asked the club members with a right to vote to give their go-ahead. And so, with 810 in favor, 44 against and 40 abstaining, the strong backing was all that president Pérez needed to give the green light to Real Madrid Femenino.

A rocky road for Real

The dichotomy was all over the place and Matchday 1 didn’t help CD Tacón. The newly arrived team faced an away clash against FC Barcelona, already a powerhouse in the women’s game, wearing a perfectly boring, regular white Adidas kit with Tacón’s crest. Meanwhile, the numbers and names displayed on the back by the players told another story. The golden color inherited from Real Madrid official serigraphy for the new season was eye-catching.

A relentless 9-1 demolition followed, broadcasted on live TV, showing the painful reality of a team under construction. For Tacón, there was no internal cohesion, no patterns of play, no common language between players.

The golden numbers would be never seen again for the rest of the season. Luckily for Real Madrid, though, chemistry grew among the team as months came and went. At a slow pace, veteran arrivals like the Swedish Duo (Kosovare Asllani and Sofia Jakobsson) took a leading role and confidence rose with the young players.

Campo 11 in Valdebebas, Real Madrid’s training facilities, became an interesting place to watch football. A mix between footballers coming directly from the World Cup, and a bunch of simply untested players in Primera Iberdrola, led to indecipherable results. So for CD Tacón/Real Madrid, the 2019/20 season stood as a live team-building experiment with no safety net, with relegation not an option but at the same time always hauntingly close.

Their final record (6 wins, 10 losses and 5 draws; goal difference minus-15) make clear the volatile atmosphere experienced. It is definitely not what Real Madrid would expect from a team wearing their famous all-white colors. After all, maybe the absorption of Tacón and the use of their branding during the transition year turned up to be a positive move for Real’s purposes.

Sitting comfortably at 10th, away from the abyss, the eyes quietly started to look ahead and into the next season. Then, all of a sudden, coronavirus disrupted the season when las Blancas were finding their mojo. For Real’s purposes, that meant no more shadow testing but another jump into the dark.

If the months leading to July were rightly tagged as a transition, the team embracing Real Madrid crest next year will be asked to deliver on the pitch from the very start. Still, dreaming about a straightforward league championship would help nobody inside Valdebebas. It’s important to note how FC Barcelona and Atlético de Madrid investment during the previous seasons sets them apart in a league of their own, at least for now. Anyway, Primera Iberdrola will for the first time award a ticket to European competition next year to the team finishing on third place, and so a realistic target for Real should be battling with the likes of Levante UD, Real Sociedad and Athletic Club for that berth.

It makes sense to think that, above all, Real Madrid will have to fight, first and foremost, against their own expectations in order to position themselves as a top side in the women’s game. Building a solid, reliable squad is the single most important task at the moment. That’s where CD Tacón found trouble last year, and the same may occur taking into account that it’s all but confirmed there will be many departures and arrivals during the summer. In fact, even the manager position is up for grabs.

A ‘galácticas’ approach for the team in terms of signing policy would make no sense, at least if we take into account where the club stands at the moment. Instead, the arrival of a big star would turn up to be the exception rather than the norm, the wrapping of a summer window that will probably be full of Spanish players.

If rumors turn true, club management has already been working to secure a few key signings. The deals may or may not materialize, but hearing about Maite Oroz, Damaris Egurrola, Eva Navarro, Tere Abelleira or Nahikari García send a clear signal: the focus is on young Spanish players already tested in the top flight.

For madridistas around the world embracing their new team, an understanding of the quicksand path to overcome will be key. Patience is a must. Afterwards, women’s soccer’s unique dynamics will play in favor of Real Madrid, as the building process required to get a competitive roster is far shorter than in the men’s game.

If everything goes right, by the time Santiago Bernabéu stadium’s big refurbishment is done, los Blancos may be able to cheer both for their men’s and women’s sides in their bid for silverware. The new trophy room will have plenty of space waiting to be filled and, from now on, the women’s side will be part of the process too.

System overload: Early glimpses of the new-look Portland Thorns
The Courage and the Spirit have their own identities, and each absolutely works