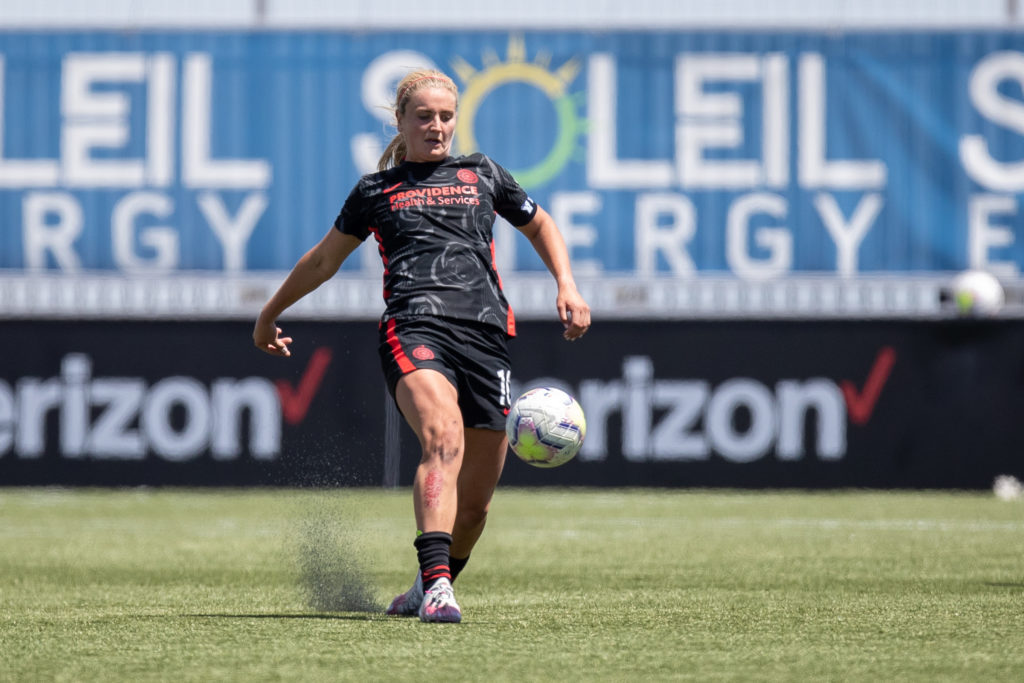 It’s too early to put a label on it, but the principles of the new-look Portland Thorns are beginning to take shape even despite the heavy roster rotation through two games at the 2020 National Women’s Soccer League Challenge Cup.

Portland head coach Mark Parsons rolled out what could be a first-choice midfield in Saturday’s 2-1 loss against the North Carolina Courage. Christine Sinclair sat underneath the forwards in a role she has thrived in for years for the Thorns, and Angela Salem played the No. 6 position to anchor Raquel Rodriguez and Lindsey Horan in shuttling roles. It looked like a classic diamond, and it was relatively effective against North Carolina.

Wednesday’s scoreless draw with the Chicago Red Stars featured a much different starting XI and even a shape which, dare I say, at least briefly in the first half reminded me of North Carolina’s box midfield. At times, that gave way to a similar, diamond structure, but what we saw was a Portland team willing to play with four central midfielders and create overloads.