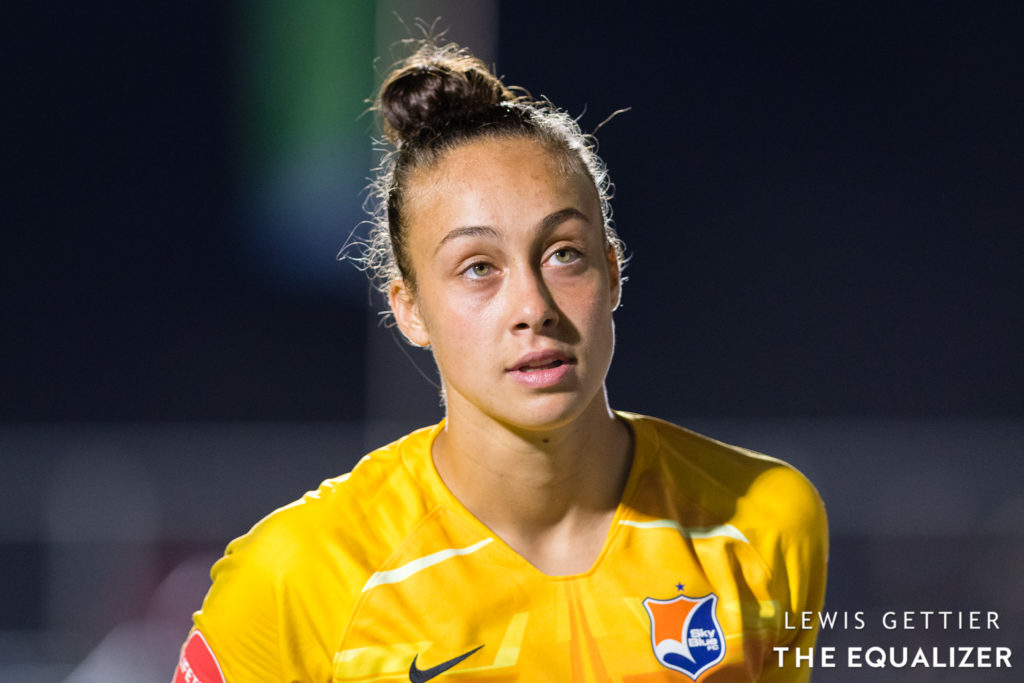 Sky Blue FC and OL Reign played to a scoreless draw on Tuesday in the 2020 National Women’s Soccer League Challenge Cup, the first teams to be shut out at the tournament. All eight teams at the Challenge Cup have now played.

Sky Blue FC’s best opportunity of the night came on the stroke of halftime, through a transition sequence built out of the back. Domi Richardson laid a short ball off to McCall Zerboni, who found Sabrina Flores streaking down the left side. Flores’ cross landed at the feet of Kawasumi, who settled and took a shot that was blocked by Lauren Barnes.

OL Reign also had a clear chance on goal late in the second half when substitute Jasmyne Spencer got in behind for a 1-v-1 opportunity against Kailen Sheridan, who made a big save to preserve the shutout.

Alana Cook and Shirley Cruz started for OL Reign in their NWSL debuts. Midge Purce started at right back for Sky Blue.

Earlier Tuesday, Utah Royals FC and the Houston Dash played to a 3-3- draw.

Jess Fishlock remains the heart of the Reign, on and off the field
Midge Purce makes Sky Blue debut at right back, but the debate over her position continues