Midge Purce makes Sky Blue debut at right back, but the debate over her position continues 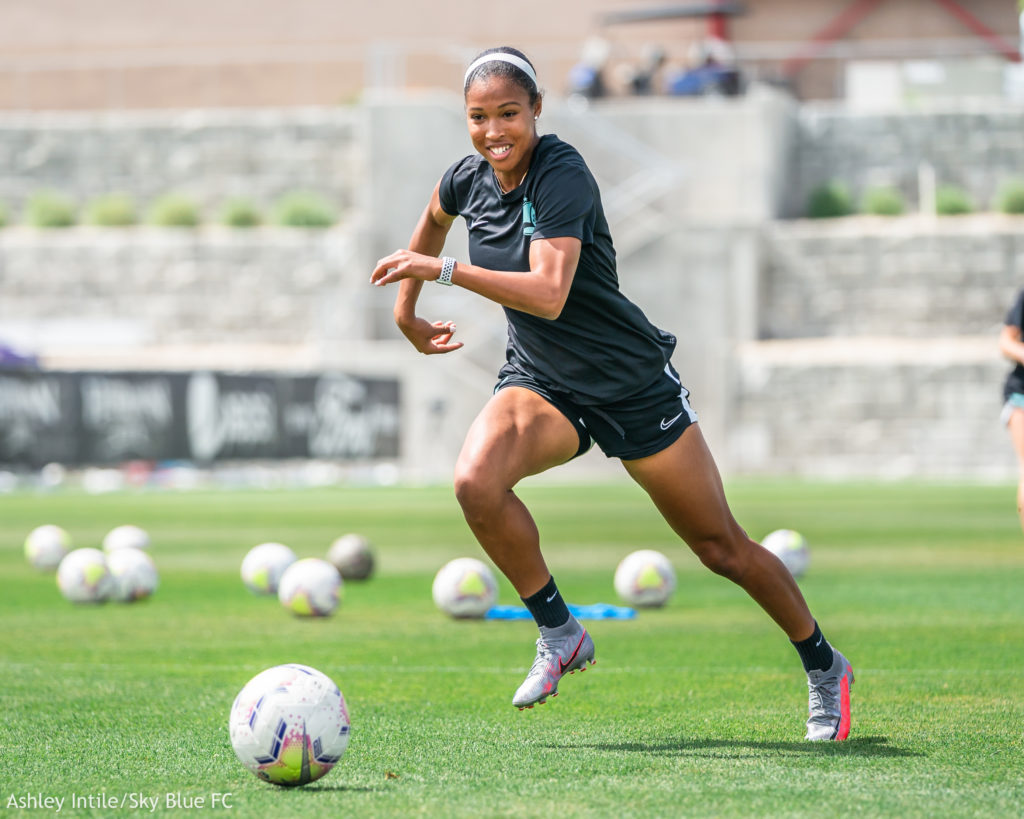 Sky Blue FC made a number of big acquisitions in the offseason, including the versatile Midge Purce. Among the biggest resulting questions was where head coach Freya Coombe would play Purce, who excelled as a forward last year with the Portland Thorns but is part of the pool of fullback with the United States women’s national team.

At least for the team’s 0-0 draw against the OL Reign on Tuesday in the National Women’s Soccer League Challenge Cup, Coombe came up with an answer: Purce would be a right back.

Purce’s versatility meant she performed well at right back, a position she said she has just as much comfort with as a forward. She was helpful as part of the defensive group that recorded a clean sheet, and she was fairly active on her flank in attack, even picking up a shot along the way. It was still a fairly quiet game for her, however, and Purce admitted postgame that she was not totally satisfied with her performance, which she chalked up to it being her first match in months.

Still, questions remained about whether or not Purce should be playing further forward during the game.