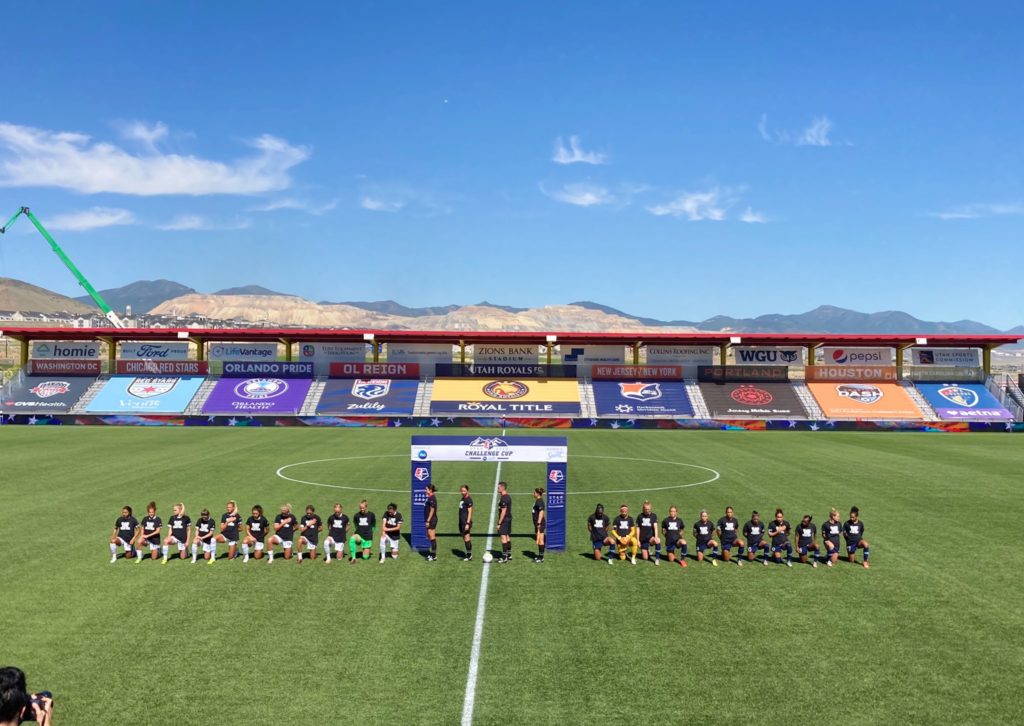 The opening moments of the 2020 National Women’s Soccer League Challenge Cup were dedicated to the Black Lives Matter movement, most notably with the all 22 starters from the North Carolina Courage and the Portland Thorns kneeling during the national anthem. It was just one of a series of gestures from players and the league before the tournament kicked off in Utah, including a moment of silence for victims of racial injustice and t-shirts and armbands supporting the movement that players wore during warm-ups. The Courage defeated the Thorns, 2-1.

Most players and staff kneeled during both the national anthem and the league’s moment of silence. Additionally, the words Black Lives Matter were seen on advertising boards at points during the match. The Courage and Thorns players also released a joint statement before the match, taking “the opportunity to to hold [the country] accountable.” The moves follow weeks of planning on the part of the players to acknowledge the movements in the weeks since the killing of George Floyd.

Later Saturday, many players from the Chicago Red Stars and Washington Spirit kneeled during the national anthem. Red Stars defender Casey Short was noticeably emotional. A moment of silence was also held prior to kickoff of the second match.

This moment and this movement means everything to our players.#BlackLivesMatter pic.twitter.com/g0BOzN9hoF

“We want to keep this momentum and want to keep attention on the Black Lives Matter movement with this tournament,” Courage midfielder Sam Mewis said following the match.

A similar show of solidarity is expected to continue during the opening games of the Challenge Cup, but Mewis also noted that the players have other plans to support the movement. Courage players will be holding an auction to support the National Black Justice Coalition, a group that supports Black members of the LGBTQ+ community.

The players’ platform was amplified not just by the league holding its first match since last year’s championship, but because the game was the first from a team sport to resume play in the United States during the coronavirus pandemic, and it was broadcast nationally on CBS.

Soccer is officially back ⚽️🤗

Relive all the drama with our match highlights sponsored by @Verizon from the first #NWSLChallengeCup game. pic.twitter.com/HTIhFe2BDd

For Courage coach Paul Riley, it was noticeable in the locker room as the players discussed the broader importance of the tournament’s opening match.

“I said to the players the game was bigger than just us against Portland today,” Riley said after the match. “I know our players really truly believe, as we all do, that something needs to change and they were fabulous.”

Thorns defender Becky Sauerbrunn said the end result of the players’ efforts was demonstrative of a collaboration with the league and teams, in some ways visibly evident over the last month. In the case of the Thorns, players arrived to the stadium in shirts that read “Educate Elevate Engage,” the team’s initiative to tackle racial injustice by compiling a list of charitable and educational resources.

“We made a strong statement,” Sauerbrunn said of the end result. “[We wanted] to show a visual commitment to the cause.” 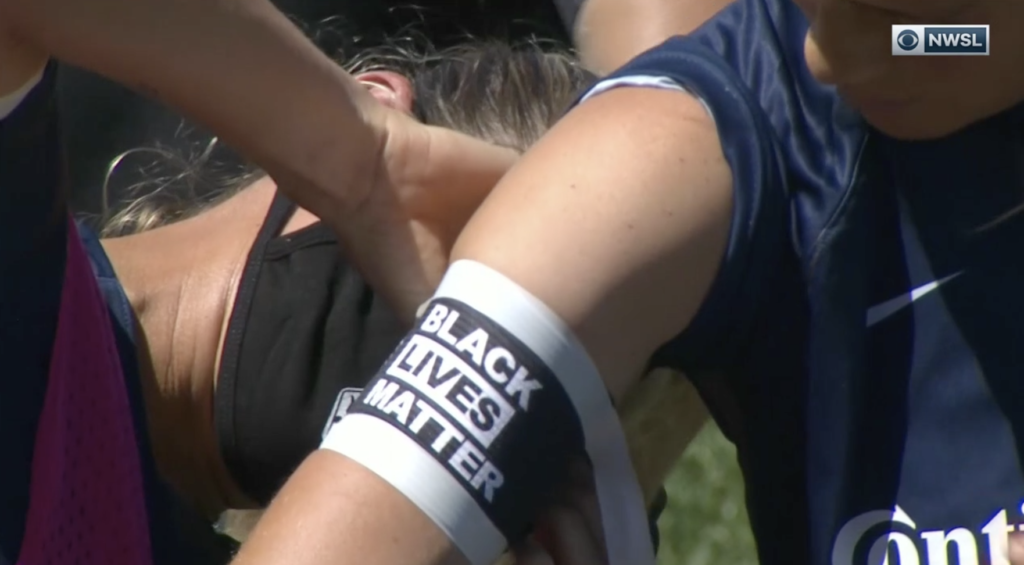