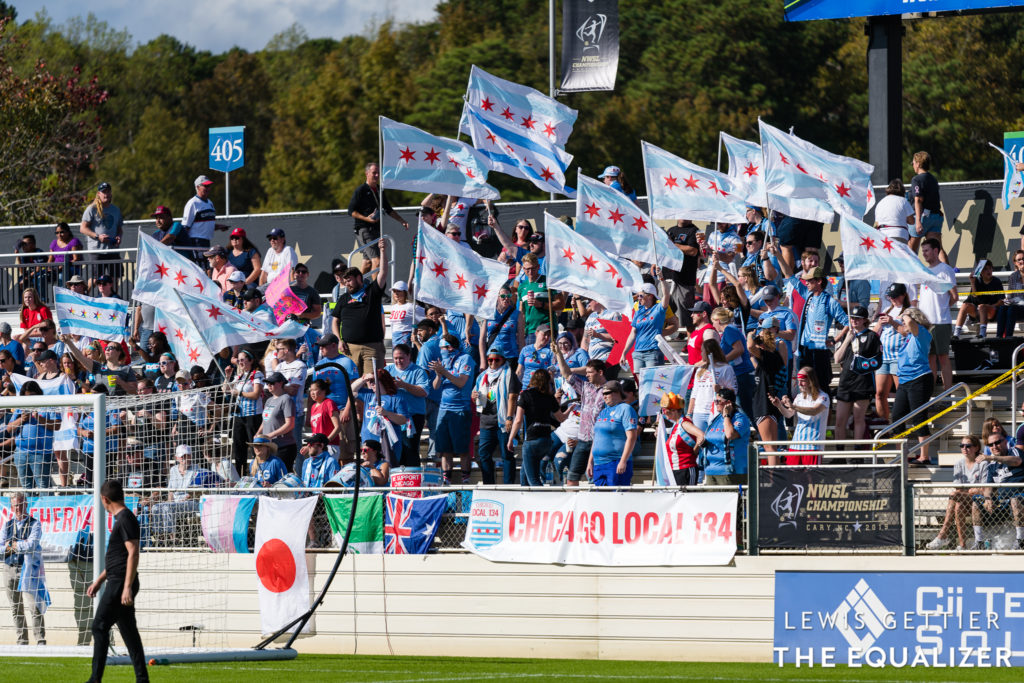 Last fall, still reeling from the excitement of watching the U.S. women’s national team win the World Cup, I drove four hours from my town in Indiana to SeatGeek Stadium to watch the Chicago Red Stars take on the Utah Royals at my first National Women’s Soccer League game. While I anticipated that I would have a good time and enjoy the game, I had no idea just how much I would fall in love with the Red Stars that night.

From the moment I stepped into the stadium, I couldn’t help but notice that the fans were special. As I watched the game, I was captivated by not only the thrill of watching the team play live, but also the passion of the fans. The sense of unity and pride I felt as the Red Stars’ supporters group, Chicago Local 134, sang chants and cheered with all of their hearts was an unforgettable experience. When Vanessa DiBernardo scored, it felt like all of us had won some victory.

The same energy, passion, and sense of community I felt is exactly what first led Chicago Local 134 member Connor Moore to go all-in on the Red Stars.

“It’s been about three years that I would say that I’ve been a fan, and it’s been amazing,” Moore said. “I think every year just brings something new as far as how much more can Connor Moore love the Chicago Red Stars, and just when I think I can’t get enough of them, they blow me away with something else.”

On Saturday, the NWSL kicked off the 2020 Challenge Cup, a 23-game tournament which will be played exclusively in Utah, with no fans in attendance.