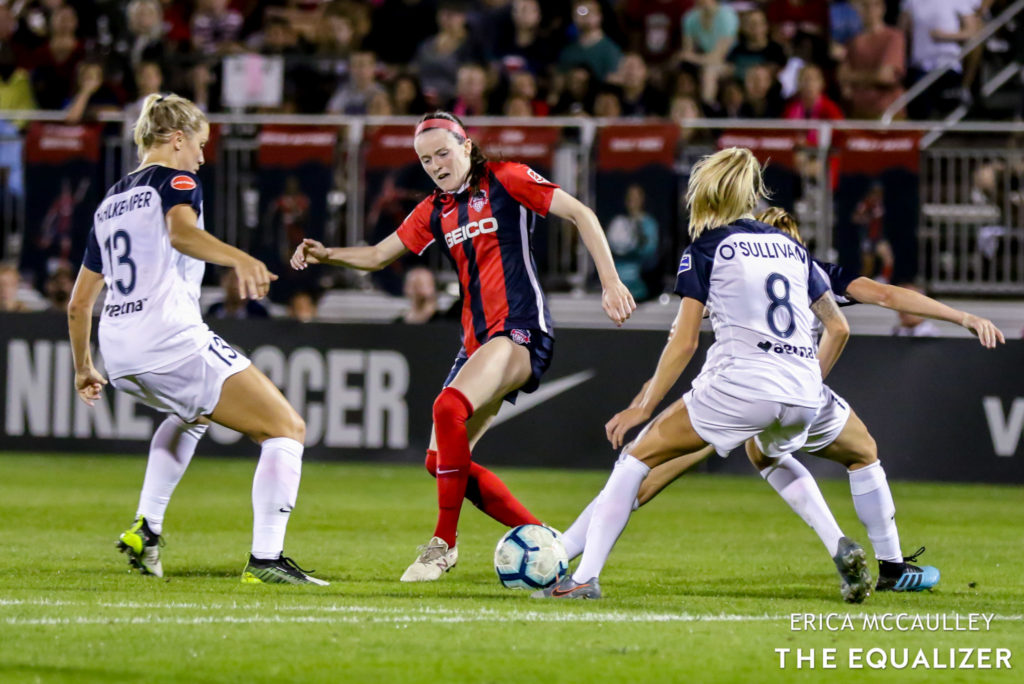 From the two-and-a-half-month-long preseason training moratorium to state-imposed quarantines in response to COVID-19, it was pretty clear that the 2020 National Women’s Soccer League season would be anything but typical. The confirmation has come in the form of the Challenge Cup — a hub-style tournament with every team playing games on short rest — and the withdrawal of the Orlando Pride as a result of a coronavirus outbreak within the club.

Down to eight teams, the tournament now opens with each club playing four games in the preliminary phase — which, besides being used for seeding, are essentially meaningless — before they all advance to the quarterfinals.

Although there is some very good — and real — work being done ahead of the Challenge Cup, with the anything-but-conventional NWSL season kicking off this Saturday, why not preview the tournament from a similarly untraditional lens? Namely, by looking at each team’s roster by sun sign and analyzing what that says about club dynamics.

The Red Stars’ roster is dominated by fire and earth signs. However, when you focus on the core of the team, the earth signs become significantly more prevalent; almost everyone is a Taurus or Virgo.

Taurus, the sun sign of Danielle Colaprico, Vanessa DiBernardo, Alyssa Naeher, and Michelle Vasconcelos, is the most grounded of the zodiac signs. It is rooted in stability, patience, and materialism. This comes across in the Red Stars’ style of play; they are willing to hold the ball, to be patient, to find and create chances going forward. They rarely look shaken.

Tierna Davidson, Sarah Gorden, Katie Johnson, and Casey Short are all Virgos — three of whom will probably be starting in defense once Davidson reaches full health. Virgos are known for their analytical skills, hard work, and practicality. In soccer, this can come across in intelligence on the ball, an ability to read the game well, and a high work rate — all of which are fantastic attributes to have in defensive players.

Outside of the earth signs, Morgan Brian and Yuki Nagasato are also major players for the Red Stars. Both are water signs — Brian is a Pisces, while Nagasato is a Cancer — known for emotional intuition. In soccer, this energy can manifest itself in an awareness of the flow of the game, looking at which team has momentum and how to best use that to their advantage.

Besides them, Julie Ertz, an Aries, is noteworthy. Aries are known for being headstrong and decisive, often fueled by instinct. Great leaders and never the one to shy away from conflict, this placement provides an apt framework of what Ertz brings to the team as someone who breaks up play as a center back or No. 6.

Coached by Aquarius Rory Dames — a sign most associated with creative intellect — the Red Stars are sure to stick to coherent tactical plans and embrace their core’s stability, while also making space for younger, less well-known players.

The Dash have gone from being Aquarius and water sign-heavy — specifically Pisces and Cancer — in 2019 to having a total of seven Pisces on their roster in 2020. And that’s not counting head coach James Clarkson, who is a Pisces himself.

Water signs aren’t inherently a bad placement, but having ten of them on your roster probably isn’t a recipe for success. Often creative and adaptable but struggling to find groundedness and self confidence, we’ll probably see Houston grapple to develop a team sense of identity and to be decisive in the attacking third — as most of the Dash’s water signs are offensive players.

North Carolina’s roster has at least one player of every zodiac sign except Leo. This is interesting to note given that Paul Riley struggled when coaching the Thorns who, as mentioned below, are a very Leo team.

Over the past couple years, the Courage have become almost infamous for Riley’s insistence that his players are the underdogs — regardless of the fact that North Carolina has dominated the last three seasons. The astrological breakdown of the club is a vital part of maintaining that mindset — specifically, the absence of the most egotistical zodiac sign.

Interestingly, all of the Courage’s offseason additions have been Aries or Pisces. As Riley tends to work incredibly well with water signs — Crystal Dunn, Abby Erceg, and Jess McDonald are all players who have thrived in North Carolina — it shouldn’t take long for the likes of Ally Watt and Addisyn Merrick to fit right in. The new Aries players should only add a level of laser-focus and physicality to the club that’s already the best in the NWSL.

As team astrology breakdowns go, the Reign are one of the most well-balanced. With head coach Farid Benstiti new to the league, this team is something of an unknown, and an astrological breakdown of its roster doesn’t provide all that much clarity.

Benstiti, himself, is a Capricorn, a sign ruled by tradition and structure. Although the transition from European to American soccer has been a learning curve time and again, Benstiti’s sun sign indicates that he will be persistent in his adaptation. However, his Capricorn sun does warn that there is a possibility of him being too rooted in what he knows from coaching French soccer — likely a barrier that he may not have time to overcome in this short-tournament format.

Thorns head coach Mark Parsons is a Leo, and that feels remarkably true to the club’s culture. Confident, creative, and expressive, Leo’s basic characteristics encapsulate a team that takes a lot of pride in its collective identity.

The team also draws heavily on the creative flare of individual players, with Britt Eckerstrom, Lindsey Horan, Becky Sauerbrunn, and Christine Sinclair all poised to be central pieces of Portland’s squad. The other thing they have in common? All of them are Geminis, a sign known for quick thinking and adaptability.

The Thorns also have a handful of Virgos and Scorpios who are poised to play major roles in this tournament. Among the former is Gabby Seiler, whose vision and composure on the ball will make her an essential piece of Portland’s lineup, wherever she ends up playing. Rocky Rodriguez, a Scorpio, will be a central part of Portland’s midfield. Scorpios are known for their passion and loyalty, something that — along with Rodriguez’ technical ability — fits perfectly into the Thorns’ culture.

Sky Blue is another team that’s roster reflects a variety of astrological signs. Rebuilding is the club’s central focus at this time, but a couple of key, last-minute injuries make it hard to imagine it making a run to the final.

Head coach Freya Coombe’s job will be figuring out how all the pieces fit together. Fortunately, she’s a Libra, a sign known for working well with others — she’s well-equipped to do just that. The only concern is that Libras have a tendency to be indecisive, and that could hinder Sky Blue’s ability to establish a clear team identity.

The Royals’ Challenge Cup roster boasts an incredible number of fire signs, especially Aries, and I’m not quite sure what to make of it. On one hand, Aries tend to be high-energy and incredibly driven, which is pretty ideal for an NWSL player. On the other, Aries can have pretty strong personalities, and a lot of them on the same team could lead to head-butting.

How Craig Harrington manages this remains to be seen. If he can get everyone on the same page, we’ll see an energized and motivated squad. If not, it wouldn’t be surprising if team chemistry appears to be lacking.

The Spirit are yet another of those well-balanced teams from an astrology standpoint. Head coach Richie Burke navigated that well last season, and it’s not hard to imagine he’ll do the same this year.

Burke is a Sagittarius, a placement that emphasizes a constantly-expanding breadth of knowledge. Through his time coaching Washington, he’s done just that: beginning with an emphasis on passing and playing from the back last season, and then expanding tactical nuances as the year progressed. It’s not hard to imagine that the team will continue to build off its 2019 performance, especially with a healthy Rose Lavelle at its disposal.