Australia and New Zealand won the rights to co-host the 2023 Women’s World Cup, beating out Colombia in a vote held Thursday among FIFA Council members.

The “As One” bid of Australia/New Zealand scored the highest in FIFA’s bid evaluations with an overall score of 4.1 out of 5. Colombia scored 2.8 out of 5.

The vote was a simple majority among 35 eligible voters on the FIFA Council. Australia/New Zealand prevailed with 22 votes, taking every vote from Asia, Africa and CONCACAF, as well as the vote of FIFA president Gianni Infantino. All nine members from UEFA (Europe) voted for Colombia, in addition to the four CONMEBOL (South America) voters who backed Colombia.

The individual voting breakdown is as follows: 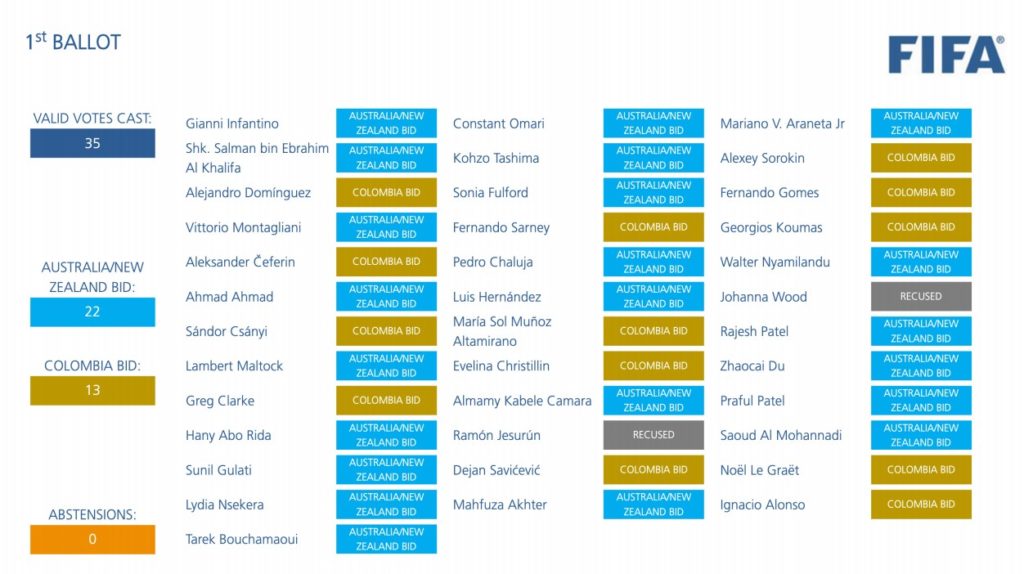