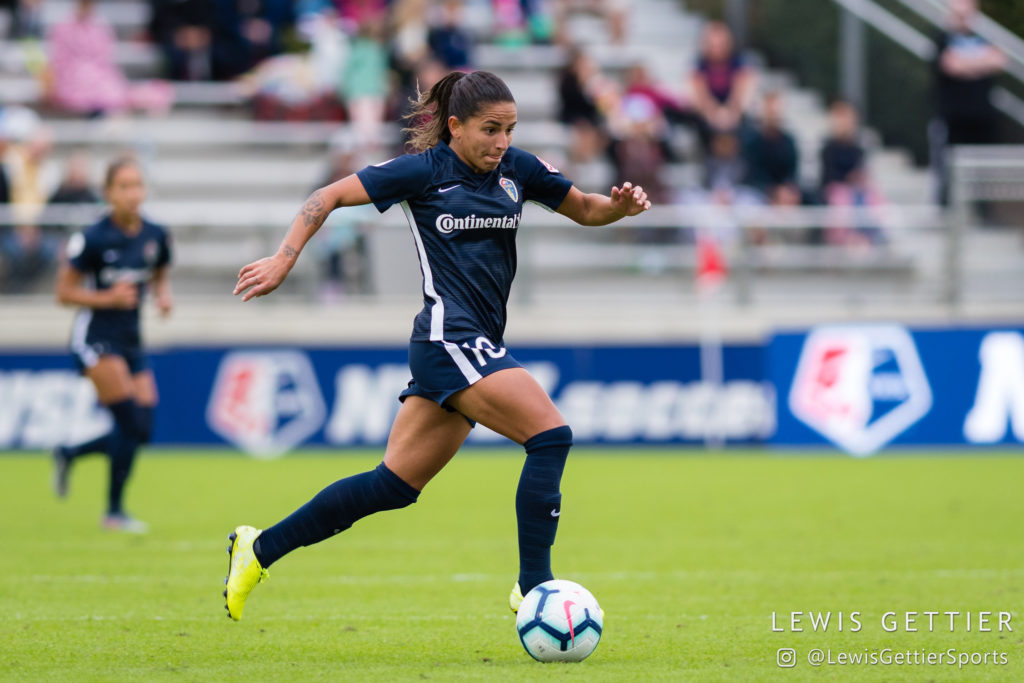 The National Women’s Soccer League Challenge Cup kicks off this Saturday. Due to the Orlando Pride withdrawing from the tournament due to multiple positive COVID-19 tests, the league was forced to rearrange the schedule to feature only eight teams. Rosters, which were originally to be released on Monday, were also revealed Tuesday.

The format of the schedule remained the same, with each club playing four preliminary round matches before advancing to the knockout rounds. Before the Pride dropped out, one of the nine teams was slated to miss the quarterfinal round. However, now that there are only eight clubs, all eight will advance and only seeding will be on the line.

Kickoff times remain the same for each match day: 12:30 p.m. ET and 10 p.m. ET. Saturday’s opening game on CBS — the first women’s club soccer game on broadcast TV in the U.S. — is still the North Carolina Courage vs. Portland Thorns FC, a rematch of the 2017 and 2018 NWSL Championship matches.

Kealia Ohai Watt looking to make an impact in first season with Red Stars
Heath, Press, Rapinoe out of NWSL Challenge Cup; most of USWNT to participate