Heath, Press, Rapinoe out of NWSL Challenge Cup; most of USWNT to participate 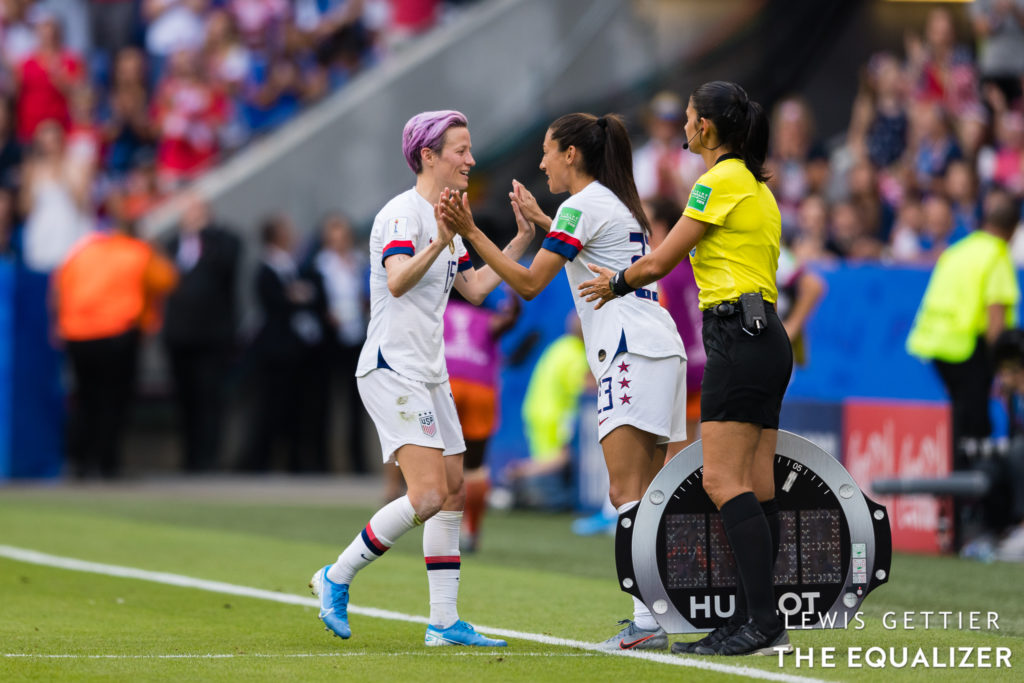 Megan Rapinoe and Christen Press confirmed on Tuesday that they would be sitting out the National Women’s Soccer League’s 2020 Challenge Cup, which begins on Saturday.

Tobin Heath, who had been dealing with a lingering foot injury throughout some of the NWSL’s hiatus this spring, also said she was choosing not to play for Portland Thorns FC in the tournament “because of the uncertainties and risks created by COVID-19.”

Sky Blue FC’s Carli Lloyd and Mallory Pugh will also miss the Challenge Cup due to injury. Lloyd picked up a knee injury and Pugh a hip injury during the league’s spring hiatus, when players were largely training individually.

The rest of the United States women’s national team, except for players from the Orlando Pride, is represented on NWSL Challenge Cup rosters despite Monday’s news that Orlando Pride had withdrawn from the tournament due to a spike in COVID-19 cases on the team, which is a testament to their faith in the NWSL’s protocols — and their teammates’ ability to behave safely outside of training.

“It is deeply painful not to be able to play the game I love, and to watch the broader effects of the global pandemic on our league, sports, and our world,” Press said in a statement released by her club, Utah Royals FC. “Regrettably, given the uncertainty created by COVID-19, I must elect not to participate in this tournament. I know how fortunate I am to be able to make this choice. I have enormous respect and gratitude for those who do not have the luxury to choose whether to report to work, including our selfless and heroic first responders. I look forward to supporting my teammates during the tournament in Utah.”

What about the refs? How NWSL officials will make the Challenge Cup work

“Megan let us know that she has decided not play in the tournament. Like all NWSL players, she was given the option to participate. Farid and I would love to have her with the club for the tournament, but we understand and respect her decision,” OL Reign CEO Bill Predmore said. “We have had to find ways to win without Megan in the past and are ready to do so again at the Challenge Cup. Megan is the only OL Reign player that has elected not to participate in the tournament, so despite her absence, Farid and I are confident the team has all the depth and quality it needs to succeed.”

Other than those injuries and withdrawals — and the absence of the entire Orlando Pride team, which features five federation players — all U.S. and Canadian federation players are on Challenge Cup rosters which were confirmed on Tuesday. Maximum roster sizes were increased to 28 players for the tournament, although not all teams will carry that many players. The minimum roster size for the tournament is 22 players.

The roster key is as followed: