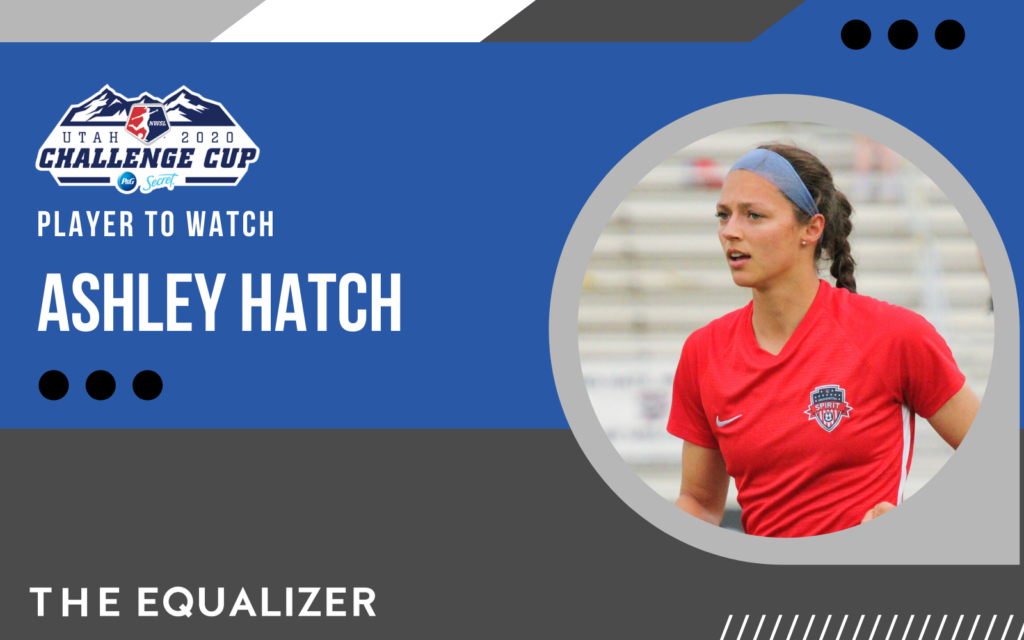 Buoyed by a great draft class, a core of highly-talented youngsters and a new head coach, the Washington Spirit embarked on a major turnaround in 2019, narrowly missing the playoffs and earning three times as many points as they did the year before.

This summer, heading into the 2020 National Women’s Soccer League Challenge Cup, they’ll be looking to take that turnaround to the next level. And one of the players to watch in their journey will be center forward Ashley Hatch.

“She’s spent the offseason working her socks off and has arrived very much ready to play this year,” head coach Richie Burke told The Equalizer. “Her confidence is sky high and she knows she has the technical staff believing in her ability.”

“All aspects of her game have ramped up a notch and I feel she’s primed for a great tournament.”

Coaches often like to talk about playing possession-based soccer and an aesthetically-pleasing style of play, but last season, Washington and Burke accomplished something rare: they actually did it. With a new center-back combination and an improved midfield, the Spirit built from low areas and began to control the tempo of matches.

Now comes the next step: getting even more results.

“We do play a very attractive style of soccer,” Hatch said. “But at the end of the day, if we’re not winning games, if we’re not scoring goals, then it doesn’t matter.”