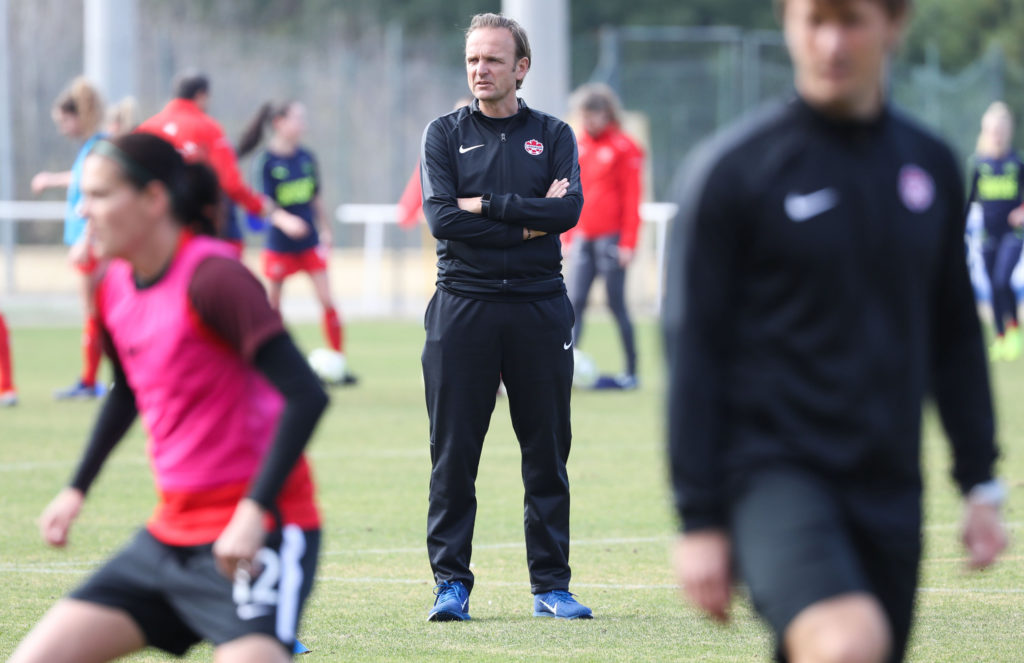 Kenneth Heiner-Moller is leaving is post as head coach of the Canada women’s national team, as of August, leaving the world’s eighth-ranked team in search of a coach one year before the Tokyo Olympics, which were delayed to 2021 due to the COVID-19 pandemic.

Heiner-Moller will return to the Danish Football Association to take over the role of head of coach education. Heiner-Moller previously served as head coach of Denmark’s women’s national team from 2006 to 2013, helping the team to third place at the 2013 European Championship.

Canada women’s national team players were informed of the news earlier Wednesday. The head of coach education role with the Denmark FA had been filled by Peter Peter Rudbæk since 2005. His impending departure created an opportunity for Heiner-Moller.

Canada Soccer says it has already begun a search for an immediate replacement. Canada won the Olympic bronze medal at both the 2012 and 2016 Olympics, and already qualified for this edition of the Olympics, which was supposed to take place this July.

Heiner-Moller joined Canada first as an assistant coach and took over as head coach of the women’s national team in January 2018, when John Herdman left the role to become head coach of Canada’s men’s team. His record was 20-5-10 as head coach.

“This was not an easy decision to make because of the quality of the people that I have had the pleasure to work with since my time at Canada Soccer,” said Head Coach Heiner-Moller. “As a leader in the women’s game, Canada Soccer’s investment in the Women’s National Team Program will ensure its continued success. I would like to thank the players, staff and Canada Soccer for the opportunity to represent a great nation and program who I have every confidence will return to the podium at Tokyo 2020.”

Harjeet Johal contributed to this report.