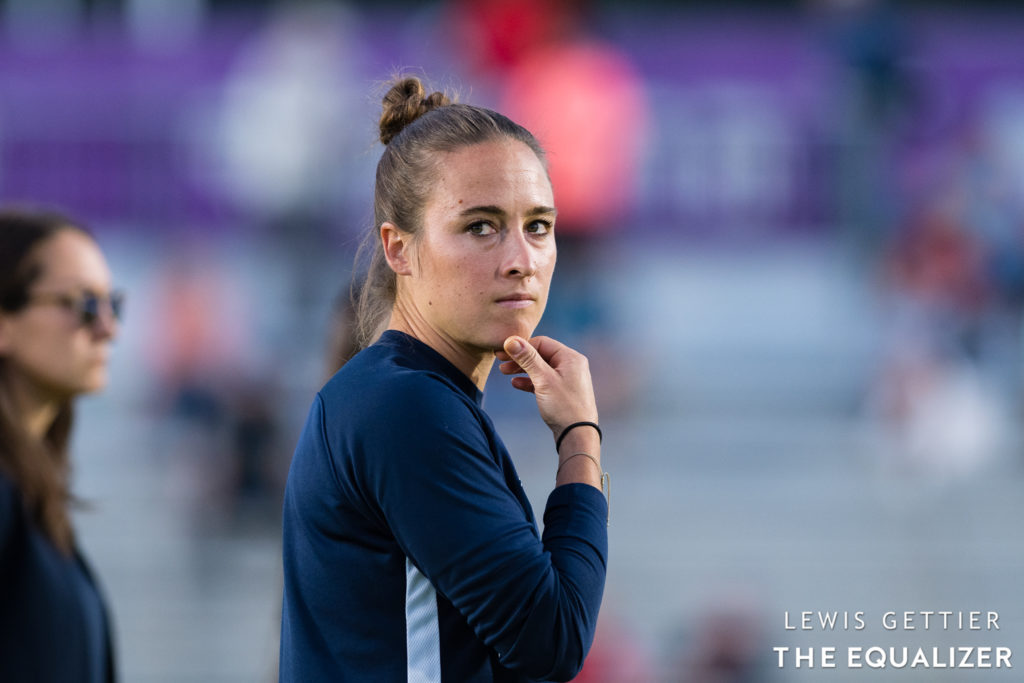 It was 2007 when a nervous 22-year-old from Bethlehem, Pennsylvania, hopped on a plane to Germany to chase the dream of playing professional soccer. The opportunity that FFC Frankfurt presented at the time was one that Gina Lewandowski couldn’t pass up; there was no professional women’s soccer league in the United States at the time.

She had family who lived 45 minutes from Frankfurt who could provide lodging and some semblance of home. Lewandowski began speaking with them about the prospects of making the move in January of her senior year at Lehigh University. She made connections through them. By spring, she had a contract.

“Right after graduation, I got on a plane during senior week and went to start my pro career,” Lewandowski tells The Equalizer now.

Her professional career mostly took place in the Frauen-Bundesliga, with FFC Frankfurt from 2007-12 and Bayern Munich from 2012-19. After 12 years in Germany, however, it was time to come home. Sky Blue FC, based in New Jersey, offered Lewandowski a chance to play out her career close to where it all began — now as the savvy veteran helping a young team rebuild.

Access the best women’s soccer coverage all year long
Start your FREE, 7-day trial of The Equalizer Extra for industry-leading reporting and insight on the USWNT, NWSL and beyond.
Subscribe
Existing Users Sign In Here
Related TopicsExtraFeaturedGina Lewandowski