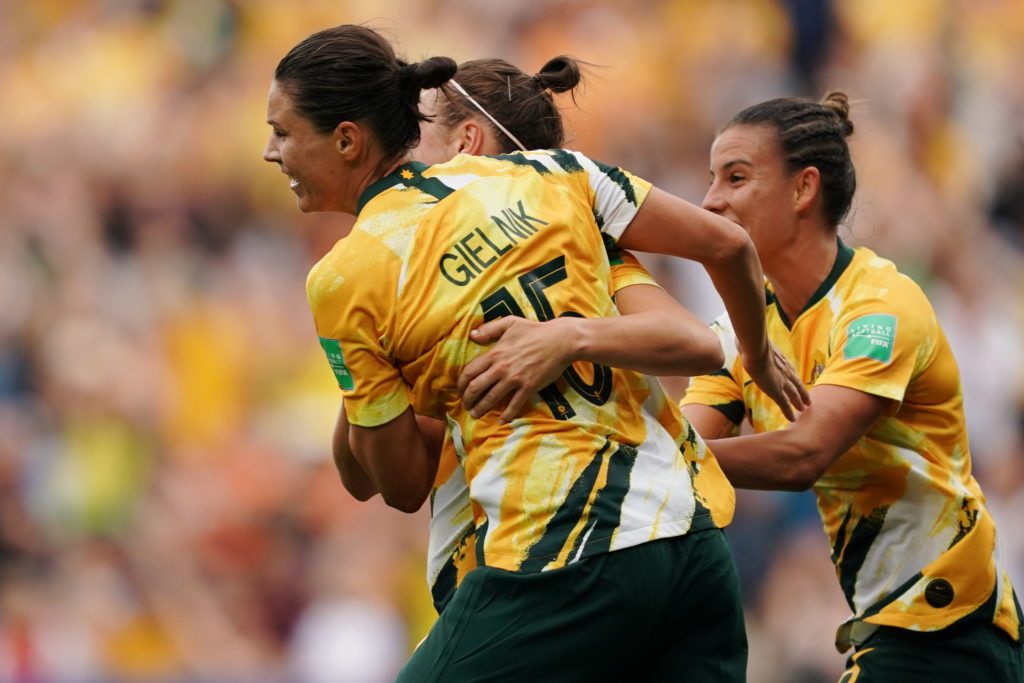 Japan ranked second overall, while Colombia will be considered a long shot following an executive summary which identifies some “clear risks” and questions whether the necessary level of investment will be available.

Brazil pulled its candidacy on Monday, choosing to support Colombia in a bid to bring the Women’s World Cup to South America for the first time. The 37-member FIFA Council will hold a virtual vote on June 25 to determine the host of the 2023 tournament. FIFA says that votes will be made public.

Australia scored a 4.1 out of 5 rating overall, followed by Japan with a 3.9 score and Colombia with a score of 2.8. FIFA said that all bids meet minimum requirement (2.0 score) to qualify for consideration. The full report can be found here.

FIFA’s summary notes the commercial and infrastructure strengths of the Australia/New Zealand, which, if selected, would be the first jointly-hosted Women’s World Cup. The 13 stadiums in 12 cities proposed by that “As One” bid, as it is called, exceed the requirement of eight venues. Most stadiums significantly exceed the expected capacity, although four cities — including Auckland, site of the proposed opening match — fall short.

The cost to host the tournament in Australia and New Zealand is estimated to be $107.7 million, over twice as much as estimates for Colombia and Japan. Reasons stated for this in the report included increased staffing costs for co-hosting, in addition to security and marketing. The large geographic footprint of the tournament would also mean nearly $2 million addition in travel costs (Perth to Auckland, for example, is over 3,000 miles).

However, FIFA expects that the additional cost would be offset by “strong revenue forecasts attached to the bid.” An estimated 1.5 million ticket sales would forecast $41 million in revenue, including hospitality, combined with national sponsorship revenue projections of over $6 million. The governments from each country have stated they will provide up to $75 million in combined funding. Bids from Japan and Colombia do not state a specific financial commitment from their respective governments.

Japan offers similar commercial value, with an expected ticketing revenue of $35 million and a sponsorship forecast of $9.3 million. FIFA’s report notes that the time zone would be an issue for Europe (and, to a degree, the United States), but significantly strong for Asia.

One thing the FIFA evaluation also points out is that, while Japan is willing to host the tournament during the required FIFA window of July 10 to August 20, the bidders would prefer to start the tournament in early June for more favorable weather conditions. July and August are the hottest, most humid months in Japan’s climate and would require adjustment to match times and could impact performance and attendance. Changing the World Cup window would require altering the international match calendar.

This timing factor also works in favor of Australia and New Zealand, who would be in their winter in the southern hemisphere and thus would expect mild weather. The 2019 World Cup was played during a deadly, record heat wave in France.

Japan would offer a compact footprint with eight stadiums close together, and connected by Japan’s world-class transportation infrastructure. The longest travel time between cities would be a two-hour flight.

Colombia, meanwhile, represents the highest risk of the three bids and seems unlikely to host the tournament based on FIFA’s evaluation.

Overall risk assessment pretty much tells the story for Colombia. The one "high" mark on the entire spreadsheet is Colombia's commercial potential, which I'd say makes that bid a nonstarter for monetizing and promoting an expanded #FIFAWWC. pic.twitter.com/JmNf1i6cdB

Nine of 10 stadiums meet overall minimum requirements, and eight of 10 meet capacity. The one exception is El Campin in Bogota, which is proposed for both the opening match and the final and has a capacity of 39,512. The FIFA requirement for those important matches in the tournament is 55,000.

However, the biggest risk to a Colombia 2023 World Cup identified by FIFA is a damning one: commercial value. The cost to host the tournament would be relatively low due to lower staffing costs based on local wage expectations, but ticket sales are projected to be under one million, thus bringing in a forecasted revenue of $22.2 million — roughly half the projection for the As One bid. Colombia’s favorable time zone for the Americas market was noted as a plus, but the overall lack of revenue potential is counter to FIFA’s Women’s Football Strategy objective of optimizing the commercial value of the next World Cup.