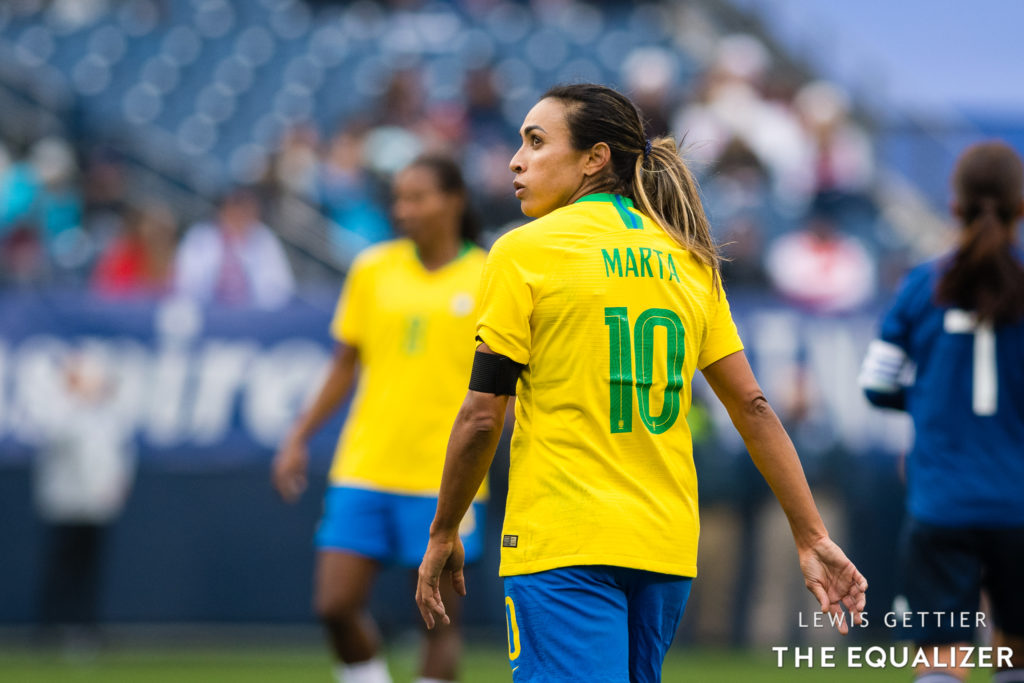 The Brazilian Football Confederation (CBF) on Monday withdrew its bid to host the 2023 FIFA Women’s World Cup, citing “a combination of factors,” including a lack of federal government guarantees. The CBF said in a statement that it would support the bid of Colombia, which will compete against Japan and a joint bid between Australia and New Zealand.

Per the CBF, the Brazilian government prepared a letter for FIFA stating that the country is ready to host the tournament from an infrastructure perspective, but “due to the scenario of economic and fiscal austerity, fueled by the impacts of the COVID-19 pandemic, it would not be advisable, at this moment, to sign the guarantees requested by FIFA.”

The 37-member FIFA Council will choose the 2023 Women’s World Cup host in an online vote on June 25.

The eight editions of the Women’s World Cup to date have all been played in Asia, Europe and North America. The CBF says that pulling out of contention and putting its support behind Colombia should mean that South American representatives will vote as one, rather than a divided vote. There are five FIFA Council members from CONMEBOL (South American confederation).

Bid books for each remaining candidacy can be found here. FIFA is expected to release bid evaluations this week. Those will provide significant insight into the details of site visits conducted earlier this year, and the general recommendations from — and red flags identified by — that task force.

Brazil hosted the 2014 Men’s World Cup, the 2016 Rio Olympics and Paralympics, and, in 2019, Copa America and the FIFA U-17 Men’s World Cup. The federation felt that, having already hosted so many major tournaments recently, FIFA would not be as inclined to put the Women’s World Cup in Brazil three years from now. And while the CBF argued that those previous tournaments are evidence that infrastructure exists, some of those venues have already been neglected and left in disrepair despite the billions of dollars spent to build them.

Japan and Australia (which initially worked on an individual bid before joining forces with New Zealand late last year) have long been considered favorites in the process. Each of those countries, as well as Colombia, first expressed interest in the 2023 tournament several years ago.

Tokyo is slated to first host the Olympics and Paralympics in summer 2021. Those events were delayed a year by the current COVID-19 pandemic.