Where each NWSL team is preparing for the Challenge Cup 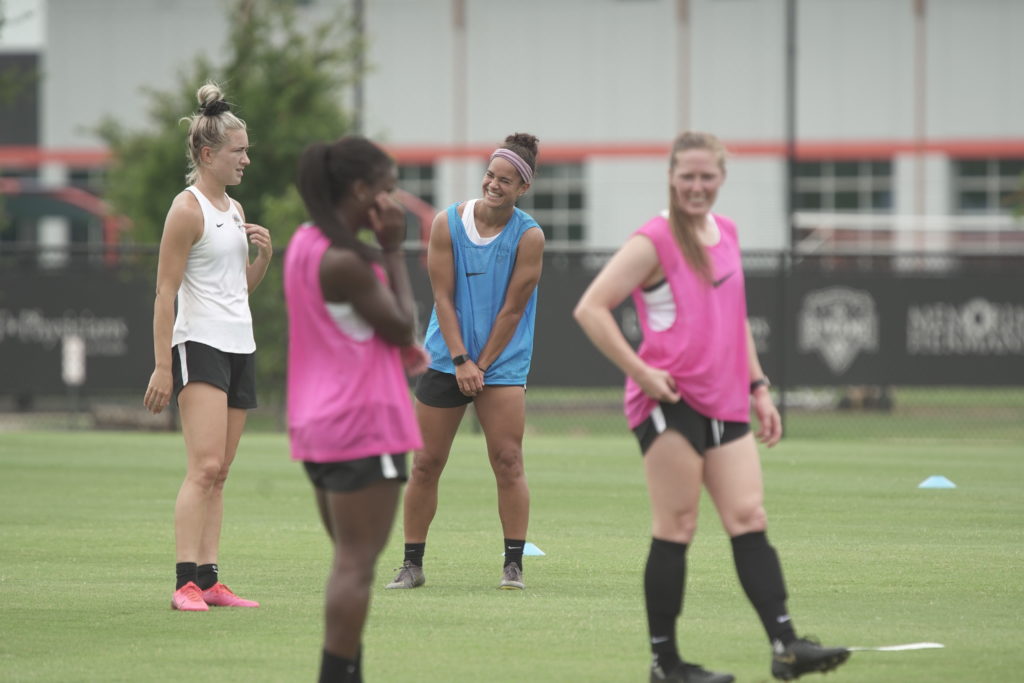 National Women’s Soccer League teams are back go to full-team training as they gear up for the 2020 NWSL Challenge Cup, which begins on June 27. However, each team’s situation is unique.

Local ordinances and laws overrule the NWSL’s return-to-play timeline, which put some markets behind others in getting back on the field and, in some cases, has forced teams to leave their home states in order to prepare for the tournament.

Here’s the training status of each team right now, in alphabetical order:

Training outside of Illinois. Chicago began Phase 3 of reopening on Wednesday, which still doesn’t clear the way for gatherings larger than 10 people.

Statement from a team spokesperson:

“The Chicago Red Stars are training in accordance with the NWSL’s policies at a private, out-of-state location. For the safety of our players, we are unable to disclose more detailed information about the location at this time.”

Training at their usual grounds in Houston.

Training at their usual grounds in Cary, N.C.

Flew to Missoula, Montana on Sunday, May 31. At the time, no county in Washington State would permit the gathering of more than five individuals, making legal, full-team training impossible. OL Reign will stay there until three days prior to their first match in Utah, which is against Sky Blue FC on June 30.

OL Reign CEO Bill Predmore, on choosing Montana, instead of going to Utah that weekend as originally planned:

“The situation in our state forced us to cultivate multiple options for preseason training outside of Tacoma. Our initial plan had been to travel to Utah for training camp, as what Utah offered was incredible, and Dell Loy Hansen’s generosity was tremendous. Despite the very compelling opportunity in Utah, late last week we made the decision to hold our training camp in Missoula, Montana, as the unique combination of elements will provide the best and safest possible experience for our players and staff.”

Training at their usual grounds in greater Orlando.

Portland, Oregon, is in Multnomah County, which has not yet begun Phase 1 of reopening and thus does not allow for any small-group activities. Asked if the team had an exemption, a spokesperson said:

“Regarding training at Providence Park, we submitted our training plans to Multnomah County, which approved the plan and allowed us to return to full training under the schedule set forth by the league.”

Training at their new, usual grounds in New Jersey.

Training at their usual grounds in Utah. Tournament hosts.

The Spirit are training at “a private location” locally near their market, in a county where the number of people needed for team training is permitted.

The Lowdown: An early analysis of the NWSL Challenge Cup
U.S. Soccer announces five-phase return to play for grassroots levels