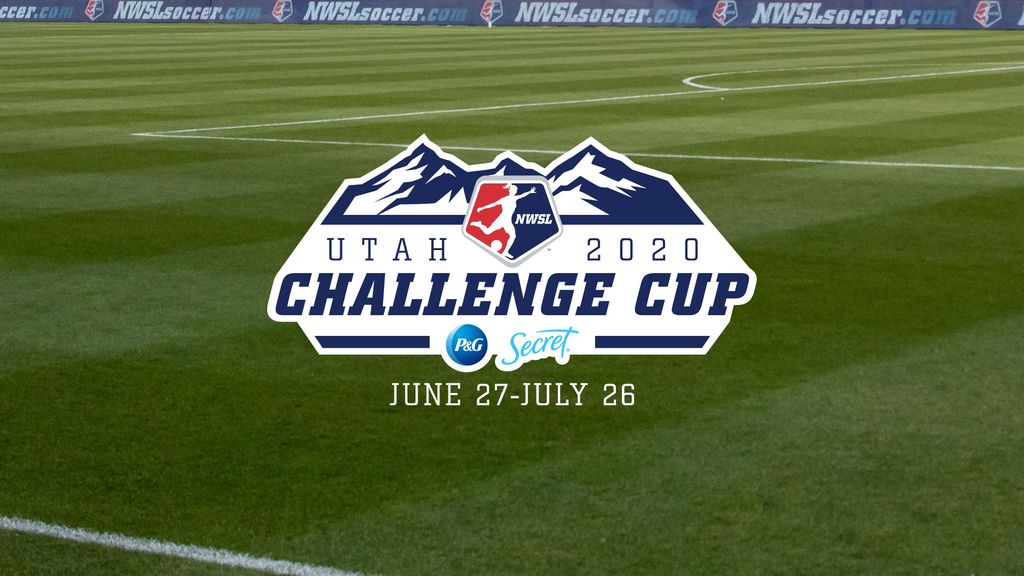 The National Women’s Soccer League plans to be among the first professional sports organizations in the United States to return to play, in wake of the COVID-19 pandemic, when the league kicks off a 25-game tournament in Utah on June 27. The 2020 NWSL Challenge Cup will feature all nine teams competing in a World Cup-style tournament from June 27-July 26. The league confirmed details of the competition on Wednesday.

As part of the announcement, the league publicly posted the extensive medical protocols and guidelines which will be followed for players and staff involved in the tournament. Among the requirements will be testing prior to a person’s departure from market and upon arrival in Utah. On Monday, The league announced phases for a return to full-team training starting Saturday. The plan is for the games to be played without any fans in attendance.

Zions Bank Stadium in Herriman, Utah, will host the group-stage and quarterfinal matches. The semifinals and final will be played at Rio Tinto Stadium, home of Utah Royals FC. Zions Bank Stadium has an artificial turf field, which is among the concerns expressed by players as they deal with load management. It remains unclear if all U.S. women’s national team players will participate in the tournament. The USWNTPA said in a statement on Wednesday that individual players will make their own decisions on participation.

Whether or not this tournament represents the only NWSL competition in 2020 remains to be seen as well. Sources say that part of the July timing was to address the most ‘known’ of circumstances; there are forecasts that there could be spikes in COVID-19 cases in the fall as people return to more normal operations and as the weather cools. Some within the league hold out hope for further competition in 2020, but there is an understanding that the Challenge Cup may be the only league play this year.

Royals owner Dell Loy Hansen was instrumental in making the tournament happen in the July window by securing housing and training facilities that the league will access at significant bargains. The NWSL’s announcement describes the nine teams creating an “NWSL Village” — much like an Olympic Village — “to control as much of the environment as possible.”

All matches will be aired in the U.S. on CBS All Access, with the opener and the championship game airing on CBS (‘big CBS’ over the air). CBS All Access games will re-air on CBS Sports Network in the U.S. and Canada. Twitch will air all games internationally. In March, The NWSL announced three-year partnerships with CBS Sports and Twitch.

NWSL commissioner Lisa Baird, one-on-one: ‘There is no playbook for this’

Procter & Gamble (P&G), and their women’s deodorant brand, Secret, will sponsor the one-month tournament. The league also announced a “multi-year partnership” with Verizon, which was previously the league’s digital media-rights holder through go90 and Yahoo! Sports. A source with direct knowledge of the partnerships describes the P&G deal as a trial run for a potentially bigger partnership. The Verizon deal runs through the end of 2021, with an additional one-year Verizon option, per multiple sources.

New NWSL commissioner Lisa Baird worked closely with P&G during her time as U.S. Olympic marketing chief. P&G is a major sponsor of Team USA and all things Olympics in the United States.

“As our country begins to safely reopen and adjust to our collective new reality, and with the enthusiastic support of our players, owners, as well as our new and current commercial partners, the NWSL is thrilled to bring professional soccer back to the United States,” Baird said in a statement. “This exciting month-long tournament will showcase our league’s talented players and provide our fans the type of world-class entertainment they’ve come to expect from the NWSL.”

The NWSL Players Association worked with the league in the process of developing the plan and, despite not having a collective bargaining agreement, secured several important needs for players, including guaranteed pay and insurance through the end of the year, and accommodations for players who have children. Sources say that these guarantees extend to any player who refuses to participate in the tournament out of concern for health and safety, meaning a player would still be paid in full even if she chooses not to play in the tournament. United States players operate under their own CBA, even for their NWSL contracts, and are guaranteed pay no matter if they play in the tournament or not.

A statement from the NWSLPA on the @NWSL 2020 Challenge Cup: pic.twitter.com/e6DpvOsSll

Baird said on a conference call on Wednesday that mothers will be allowed to have their children and their caregiver on site. Players will each have their own rooms, Hansen said, with team’s getting their own dedicated floors in lodging facilities.

U.S. Soccer did not confirm or deny participation of national team players. The federation issued the following statement about collaborating with the league in the process:

“U.S. Soccer is supportive of the NWSL’s decision to bring professional women’s soccer back to the field. Throughout the collaborative planning process, U.S. Soccer has worked closely with the NWSL and the USWNT Players Association to focus on the health and safety of the players, both regarding COVID-19 and the physical aspects of the players returning to a preseason and tournament competition, and ensure that each player would have the option of participating in the event. Everyone at the league and individual clubs have put in a tremendous amount of hard work to make sure the environment in Utah will be as safe as possible for all involved, and we are looking forward to the return of the NWSL as women’s soccer continues to grow and prosper.”

Houston Dash coach James Clarkson said that he is under the impression that teams will be allowed to use five substitutions per match, per the recent, temporary guidelines instituted by IFAB, as part of load management. Gameday rosters will be 20 players to allow for expanded substitutions. Teams would still be limited to three substitution opportunities (i.e. would need to sub multiple players at once to use five reserves).

OL Reign CEO and minority owner Bill Predmore said roster sizes would be a minimum of 22 and a maximum of 28, to account for the congested schedule.

Multiple sources said that group-stage match-ups will be determined as a blind draw.

The Equalizer Podcast: 2014 NWSL Draft Rewind
Why Utah, starting late June, was the NWSL’s choice for the 2020 Challenge Cup