Where does the USWNT’s gender discrimination lawsuit go from here? 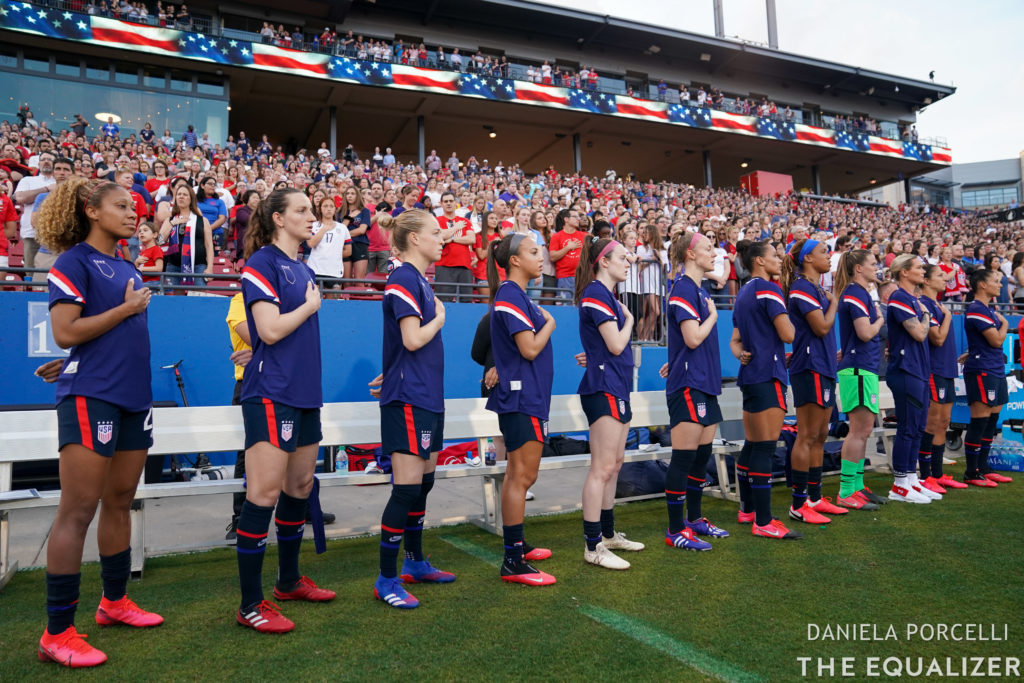 Amidst a global pandemic that has gutted the world of women’s sports, they’ve suffered another blow late Friday. Judge Gary Klausner, in the central district of California, ruled in favor of U.S. Soccer on the women’s national team’s players’ claims of a violation of the Equal Pay Act and dismissed part of the players’ Title VII claim, citing that players failed to adequately prove they have been paid less than their male counterparts in total or average compensation.

The players filed their gender discrimination lawsuit against U.S. Soccer in March 2019, claiming violations of the Equal Pay Act (EPA) and Title VII of the Civil Rights Act. Both sides filed motions for summary judgment in February 2020, with a trial currently set for June 16, 2020. Motions for summary judgment are standard practice in federal court and a way to get all or parts of the case decided or dismissed, depending on the issues.

On Friday, the court dismissed the players’ EPA claim that alleged U.S. Soccer paid them less than their male counterparts and subjected them to unequal working conditions. The court also dismissed the players Title VII discrimination claim relating to playing conditions. The only remaining claim for the players is a Title VII claim as it relates to discrimination based on: 1) travel conditions (charter flights and hotel), and; 2) personnel and support (medical and training).

What was the court’s reasoning for granting summary judgment in part?

U.S. Soccer has always argued that the women’s national team and the men’s national team operate under entirely different collective bargaining agreements (CBAs) that were negotiated on behalf of the players by the players’ respective unions. U.S. Soccer argued that due to those different CBAs, the women’s contract included guarantees concerning pay with additional bonuses, whereas the men’s contract guaranteed less pay but larger bonuses. In a 32-page order, the judge found that the U.S. women rejected an offer to operate under a CBA with a pay structure similar to the men’s national team and therefore, they cannot now claim unequal pay.

The judge also found that, based on evidence and expert testimony submitted by the parties, the U.S. women actually earned more than the men over the same time span. He noted that while the U.S. women earned on average $221,000 per game during the class period (2015 – 2019) the U.S. men earned $213,000 per game. This, of course, does not take into account the fact that had the men’s team been successful like the women (who won two World Cups during that time), the men would have earned a far higher rate of pay.

In fact, the players argued this in their brief, alleging that had they been paid under the men’s CBA, due to their success, they would have made significantly more money. To that, the court stated, “This approach — merely comparing what each team would have made under the other team’s CBA — is untenable in this case because it ignores the reality that the MNT and the WNT bargained for different agreements which reflect different preferences.”

What does this mean for the future of the case and where do the players and U.S. Soccer go from here?

First, contrary to many headlines, the lawsuit is not over. The players still have a Title VII gender discrimination claim that is currently set for trial on June 16, 2020, pending 1) settlement or; 2) any further delays due to COVID-19.

Second, the players may appeal the case (which, through a representative, they said they would) to the U.S. Court of Appeals for the Ninth Circuit. Usually, an appeal may only be taken right away from a final order. In this instance, since the entire case was not dismissed, the order granting summary judgment in part itself is not a final order under the federal rules of civil procedure. This means that an appeal may only be taken after the trial or by something known as an interlocutory appeal, which is fancy language that means the players would need to be granted permission by the court to appeal now.

The players may also file a motion for reconsideration, though they are not often granted, as a judge is not likely to decide that the decision he or she just made was the wrong decision. They may also opt to let the current CBA expire (it runs through Dec. 31, 2021) and not play going forward until a more favorable CBA is reached. The players cannot strike under the current CBA as it carries a no-strike provision (as well as a no-lockout provision).

Finally, in spite of this ruling being a “win” for U.S. Soccer from a legal standpoint, they still face severe damage in the court of public opinion. While the players could be seen as having less leverage now in any settlement discussions, it would be beneficial for both sides to come to the settlement table and meet on a middle ground. This would help to restore not only U.S. Soccer’s reputation, but trust between the players and the federation, while pioneering a new way forward for women’s sport.