Kickin’ Back with Becky Sauerbrunn 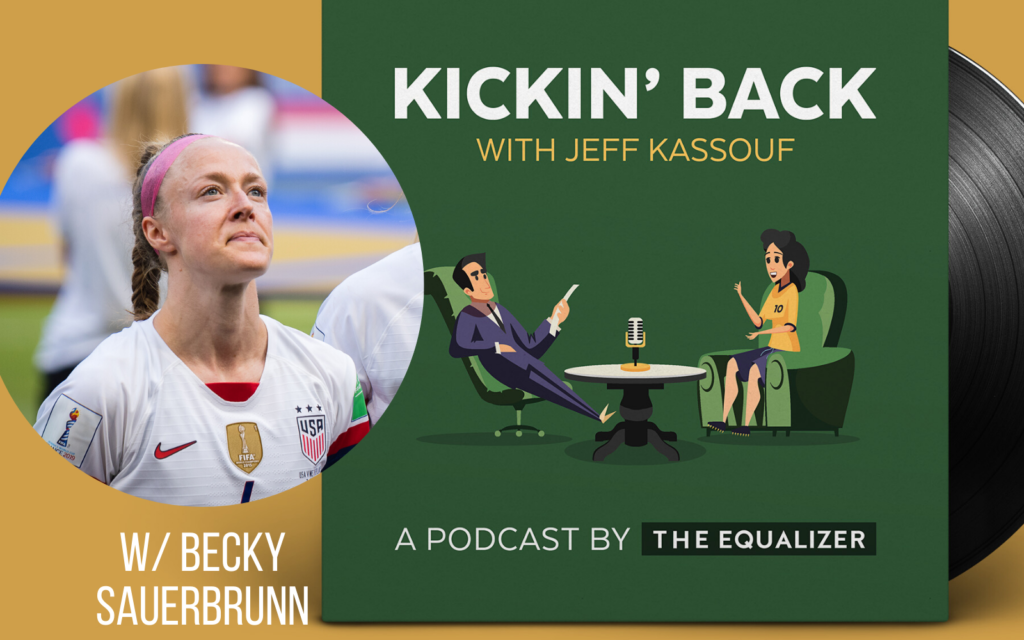 Episode 2 of Kickin’ Back is with Becky Sauerbrunn, one of the many world-class center backs to come through the United States women’s national team program and, at many points over the past decade, arguably the best defender in the world.

Becky’s incredible career nearly never was. She finished college when there was no professional league in the United States. She worked through those semi-pro years and earned acclaim in WPS before her international career took off. Before the 2015 and 2019 World Cup titles, she was riding the bench at the 2011 World Cup and wondering if she was good enough.

In this conversation, Becky and I discuss those early years and how the birth of a professional league launched her career, the ups and downs of World Cup play, weird and wacky moments from the bizarre world of women’s pro soccer, and finally arriving in Portland to join her boyfriend of 14 years after a decade of doing the long-distance thing.

Thanks to Becky for Kickin’ Back for this fun conversation. We hope you enjoy it!

Listen to the entire episode here:

We already have our next couple podcasts in the books with top U.S. players. Click here to subscribe on Spotify now so you never miss an episode. You can also click here for the RSS feed that you can plug in anywhere. We’ll be on every platform shortly.

Here are rough timestamps of the topics Becky and I spoke about in this episode:

5:30 — Work/life balance and getting traded to Portland

9:30 — Implications of the Olympics being delayed a year

32:00 — Life as an introvert in the spotlight, and why she wasn’t always seen as an ideal center back

39:00 — What WPS meant to her career, plus why FC Kansas City was so successful (plus hilarious memories)