Judge dismisses most of USWNT’s claims in gender discrimination lawsuit 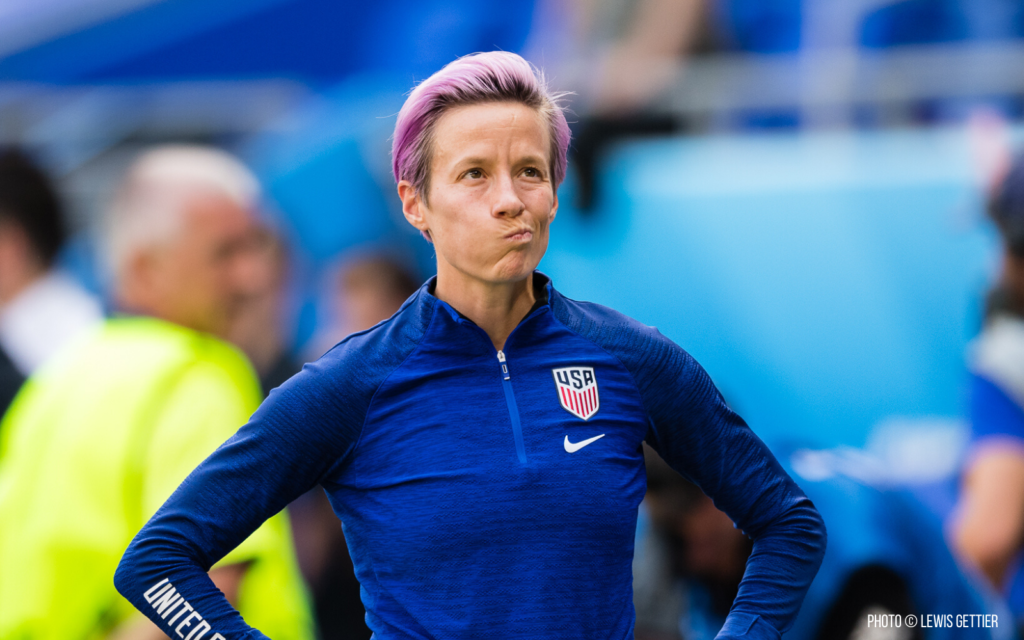 United States women’s national team players on Friday had most of their gender discrimination lawsuit claims against the U.S. Soccer Federation dismissed by a district judge, a huge blow for players in a years-long battle against their employer.

R. Gary Klausner, in the central district of California, ruled in favor of U.S. Soccer on the players’ claims of a violation of the Equal Pay Act and dismissed part of the players’ Title VII claim, citing that players failed to adequately prove they have been paid less than their male counterparts in total or average compensation.

The summary judgment, which both parties requested and which allows for pre-trial rulings, was granted in favor of U.S. Soccer on the players’ two biggest claims. The only remaining claims not ruled on are the players’ arguments of gender-based discrimination related to travel conditions and personnel and support services.

Molly Levinson, spokesperson for the U.S. women’s players, said they plan to appeal:

“We are shocked and disappointed with today’s decision, but we will not give up our hard work for equal pay. We are confident in our case and steadfast in our commitment to ensuring that girls and women who play this sport will not be valued as lesser just because of their gender. We have learned that there are tremendous obstacles to change; we know that it takes bravery and courage and perseverance to stand up to them. We will appeal and press on. Words cannot express our gratitude to all who support us.”

Since the entire case was not dismissed, the player’s would need to get permission from the court to appeal the case immediately. Otherwise, the remaining Title VII claim in the case would go to trial and only after the final ruling at trial could the Equal Pay Act summary judgment ruling be appealed.

The court sided with U.S. Soccer on some of its primary points of argument, which included the federation’s defense that women’s players were paid more than men’s players in total compensation — including benefits and other bonuses — and that the women’s players were offered the same performance-based model as the men’s team in May 2016 but rejected it.

Klausner ruled that the players’ argument “ignores the reality that the MNT and WNT bargained for different agreements which reflect different preferences, and that the WNT explicitly refected the terms they now seed to retroactively impose on themselves.”

He continues: “The history of negotiations between the parties demonstrates that the WNT rejected an offer to be paid under the same pay-to-play structure as the MNT, and that the WNT was willing to forgo higher bonuses for other benefits, such as greater base compensation and the guarantee of a higher number of contracted players. Accordingly, Plaintiffs cannot now retroactively deem their CBA worse than the MNT CBA by reference to what they would have made had they been paid under the MNT’s pay-to-play structure when they themselves rejected such a structure. This method of comparison not only fails to account for the choices made during collective bargaining, it also ignores the economic value of the ‘insurance’ that the WNT players receive under their CBA. One of the defining features of the WNT CBA is its guarantee that players will be compensated regardless of whether they play a match or not.”

Representatives of women’s national team players have long argued that the federation’s numbers are skewed because U.S. Soccer factors in payments made to players for competing in the National Women’s Soccer League, which the plaintiffs argue is separate and additional work, even though the federation is paying them.

Klausner, in his ruling, emphasizes in italics while quoting the Equal Pay Act that “wages include ‘all forms of compensation,’ ” from salary to bonuses and allowances.

The current CBA between U.S. Soccer and the women’s national team runs through Dec. 31, 2021, and has no strike and no lockout clauses.

“We look forward to working with the Women’s National Team to chart a positive path forward to grow the game both here at home and around the world.

“U.S. Soccer has long been the world leader for the women’s game on and off the field, and we are committed to continuing that work to ensure our Women’s National Team remains the best in the world and sets the standard for women’s soccer.”

Kickin’ Back with Becky Sauerbrunn
Where does the USWNT’s gender discrimination lawsuit go from here?