The Lowdown: Waiting for soccer’s next sunrise 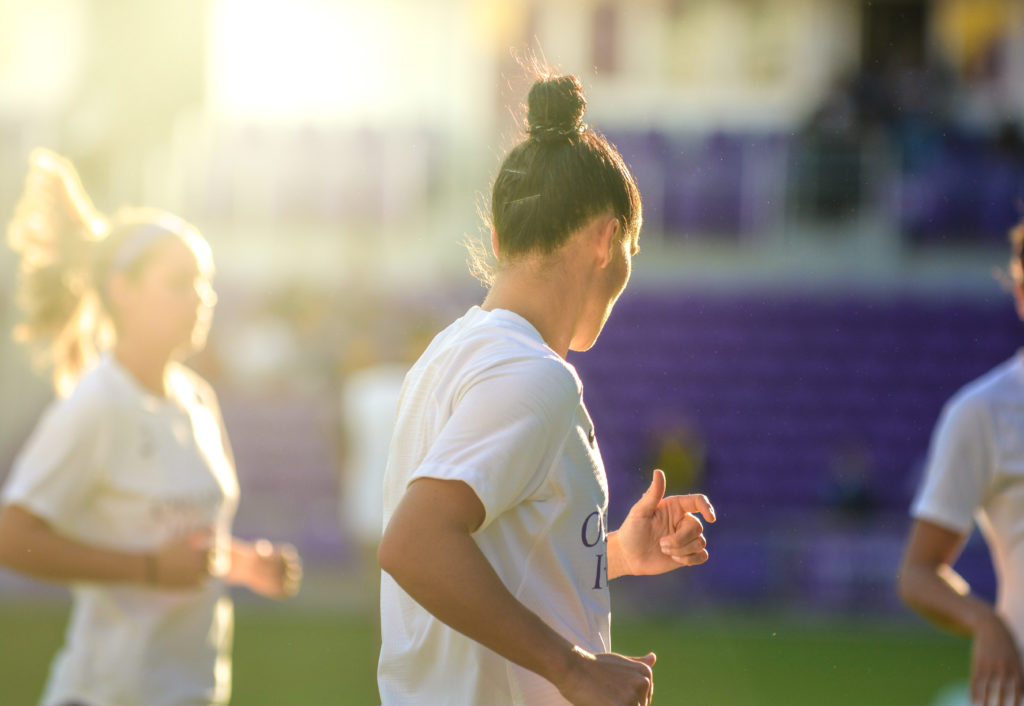 It was supposed to be the week we saw Becky Sauerbrunn in a Portland Thorns shirt, Mallory Pugh in a Sky Blue FC kit, and so many draft picks dressed for their professional debuts. It’s the week when all is right with the world yet again.

But as we know, all is not well with the world. The NWSL, like just about every other sports entity in the world, is on hold due to the COVID-19 virus that has gripped the globe. At last check, commissioner Lisa Baird acknowledged there will not be any league games played at least until the end of June. The reality is that no one really knows when there will again be soccer, or any other sport. A league that has a history of leaving us guessing is now left to lead its own existence of pure guesswork.

NWSL commissioner Lisa Baird, one-on-one: ‘There is no playbook for this’

The loss of soccer, and of sports at large, as an outlet has been a rude wake-up call for many of us. Sports have always been the eternal gift, the constant as reliable as the next day’s sunrise. Not every game was great, not every result what you wanted, but no matter the outside distractions of everyday life, there was always some sporting event there to help things make sense again.

Maybe women’s soccer hasn’t been quite so reliable. For one, it is relatively new on the sports scene. For another, its professional leagues tend to come and go. They used to be on three-year lifelines. This season, should it ever get off the ground, will be the NWSL’s eighth. The delay so far has been less than ideal, and the idea of missing an entire season will be even less so, but as yet there are no signs that a lost season will spell doom for the league.

So far, the league has made reasonably good use of its limited resources to help stem the downtime. Week 1 was not only supposed to be the start of a new season, but the kickoff of media rights partnerships with CBS and Twitch. The latter has shown several replays of classic NWSL matches from the last few years as a way to both quench the thirst of some starving fans as well as help familiarize them with the new digital platform.

Teams have not been completely dormant off the field, either. Soon after the league shut down preseason camp, OL Reign inked Shirley Cruz to a contract, and this month started with the Orlando Pride completing a deal for Jade Moore. And now it seems that Utah Royals FC are on the verge of one of the biggest international signings the league has ever seen in the form of both Dzsenifer Marozsan and Sarah Bouhaddi.

But, mostly, we wait. We wait to see when, where, and to what extent social distancing guidelines will be relaxed enough so that clubs may resume training together. It is likely to be a step or two beyond that before mass gatherings are approved in enough places to put the NWSL back on track toward a 2020 season. Unlike larger leagues who collect yearly windfalls in television money, it may not make any sense to play NWSL matches in front of empty seats. But there is not much that makes sense about the world these days.

As an example, let’s go back to March 8. It was the middle leg of the SheBelieves Cup and Baird was at Red Bull Arena, where she held a very brief, extremely informal chat with reporters. She was still two days away from officially starting her job as commissioner, and yet commanding the press room behind the stands at Red Bull Arean, it appeared she had already accomplished as much as or more than her predecessors and their various titles. On that day, Baird certainly fielded questions about the coronavirus, but just as many centered on her vision for the league and her immediate plans for bringing that vision into focus.

Two days later, Baird started her new job. The day after that, Rudy Gobert tested positive for COVID-19 and the NBA halted its season. The news broke during the final SheBelieves Cup match. By the end of the week, virtually all sports around the world had been stopped. Because the NWSL season was still a month away, the league was able to hedge initially and just shut down training. But it was fairly clear — even if no one wanted to see it right away — that the April 18 opening day was not in the cards.

Mystery, intrigue and a glimpse of the future: The story of the first NWSL game ever played

In half a week, the world changed before our eyes. Expectations for just about everything were different. Sometimes, every passing hour brought new information and a new angle on things.

Baird was transformed from a visionary to a crisis manager. And she is being forced to manage the crisis without being able to travel to meet the major principles around the league, many of whom she had planned to touch base with during a spring tour of the league’s 10 markets (Louisville will start play in 2021). Those in-person meetings will come, in time.

For now, the NWSL waits, and we wait with it. I have long been a proponent of the NWSL taking a leadership role in sports — of the NWSL taking chances by doing things that other leagues don’t, in an effort to stand out in a crowded sports landscape. But this is a time to wait and blend in. It’s a time to be safe and make sure no moves are made without absolute certainty. If given enough time, the NWSL will get to Week 1.

— Hat tip to Scott Van Pelt on ESPN’s late SportsCenter for his Senior Night feature which profiles various college seniors who have been stripped of the ends of their amateur careers. Missing the end of school and even all or part of a senior year of eligibility is hardly the worst affliction of COVID-19, but each of those athletes will carry that loss with them for the rest of their lives. A+ to Van Pelt for being among the first, and the best, at recognizing it.

— Here’s one example of a loss far worse than a few months of being able to play a sport:

Just got word that one of my former players died from COVID. She was in her early 30's.

— Back in 2011, WPS made some quality hires but they were quickly sidetracked by the whims of new owner Dan Borislow, who eventually put the final coffin in that league. While that comparison is a stretch, I sincerely hope that Lisa Baird eventually gets the time and flexibility to execute her vision for the NWSL and is not remembered as the commissioner whose tenure was torpedoed by the pandemic.

— There are so many angles to the impending Royals’ signings, but I’ll save my full thoughts until they are official — or at least until the next Lowdown.