Reports: Phil Neville, England to part at end of contract in 2021 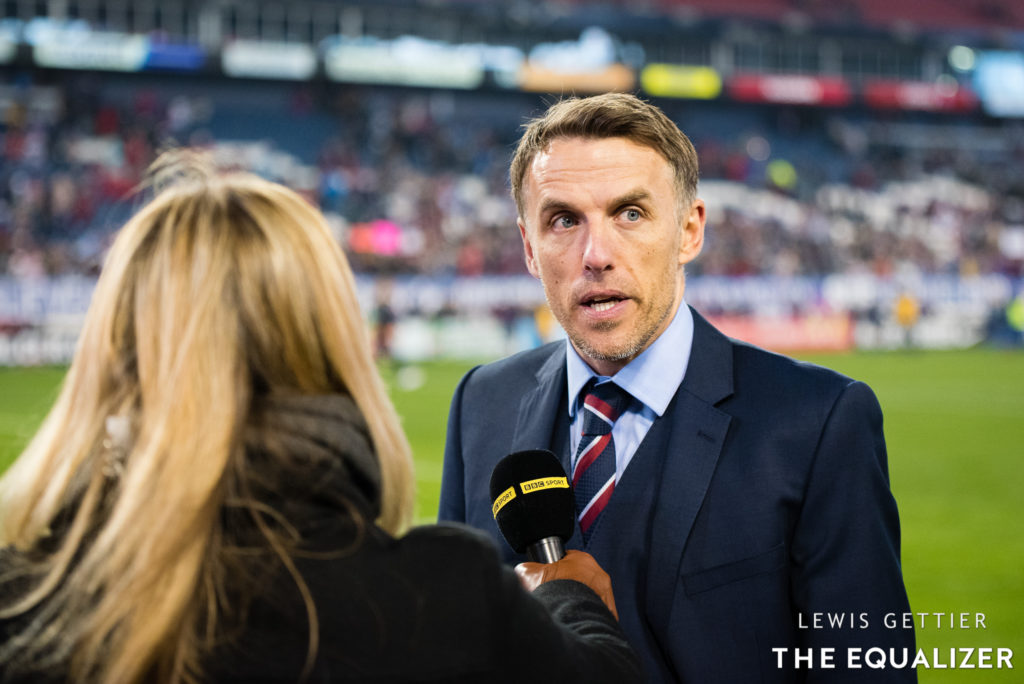 Pressure had mounted on Phil Neville prior to the worldwide stoppage play due to the COVID-19 pandemic, and questions were being asked about whether he was the coach to lead England into upcoming major tournaments. It appears The FA’s answer to that is: no, he is not.

Reports out of England on Wednesday stated that Neville and England will part ways in summer 2021, when Neville’s contract ends. Confirmation is expected on Thursday. The year-plus until then will allow The FA to conduct an extensive search for the team’s next coach as it aims to build off back-to-back World Cup semifinal appearances and prepares for a European Championship on home soil — a competition set to take place in 2022, one year later than originally planned.

It is unclear whether Neville will coach Team Great Britain at the Olympics, which are delayed until summer 2021.

According to The Times, Neville will be involved in the search for his successor.

The Lionesses have suffered seven losses in their last 11 matches under Neville. Despite the semifinal appearance at the 2019 World Cup, England have struggled to evolve under Neville.