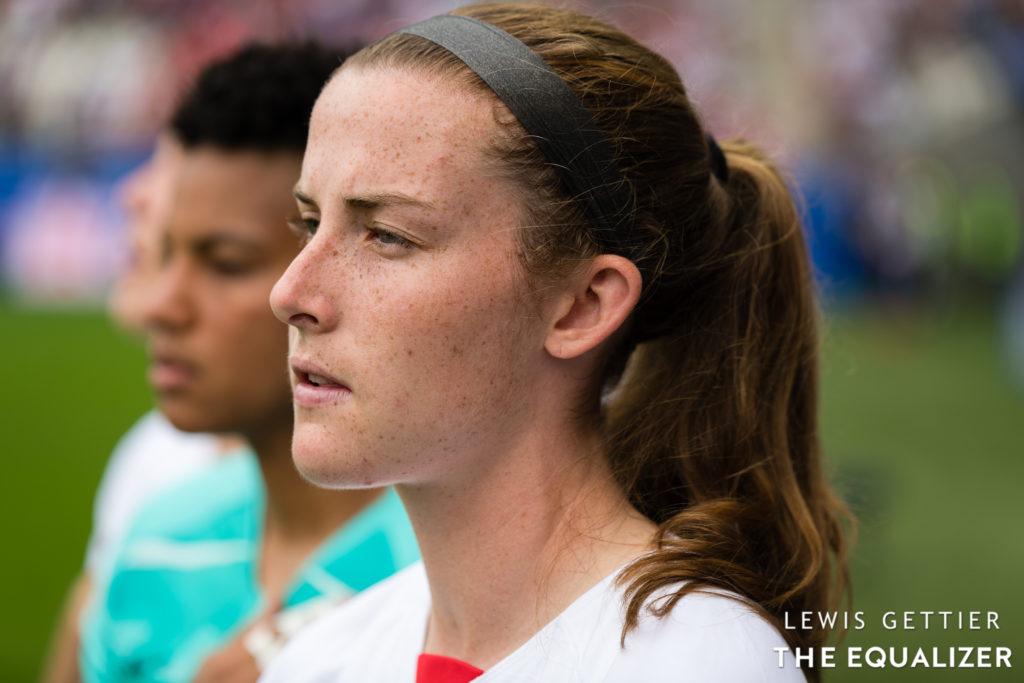 As the North Carolina Courage stormed out to a 3-0 halftime lead in the 2019 National Women’s Soccer League Championship, one of the Chicago Red Stars’ most talented defenders sat helpless, watching the match from a luxury suite above the field at Sahlen’s Stadium.

By any measure, the last year has been a whirlwind for Tierna Davidson, going from the No. 1 pick in the NWSL College Draft in January 2019 to a World Cup title in July and the first playoff win in Red Stars’ history in October. But in the title game last fall, after suffering an ankle injury in practice that week, the 21-year-old rookie was unable to do anything as North Carolina pummeled Chicago on their way to a 4-0 win.

“To be honest, it wasn’t the most enjoyable experience,” Davidson told The Equalizer. “It’s always hard to watch a game being injured because you just want to be out on the field. You want to be able to make a difference.

“It was especially hard because if you weren’t rostered, you couldn’t be on the bench, so a couple of us were up in the [boxes]. That’s even harder when you can’t even make any sort of change, being able to talk to players on the field, or cheer them on, or give them encouragement.”

The injury that held her out was non-contact, the result of a cleat simply getting stuck in the ground at a weird angle during a tackle. Or, as Davidson puts it, “crazy shit happens.”

Kickin’ Back with Jill Ellis
The Lowdown: Waiting for soccer’s next sunrise