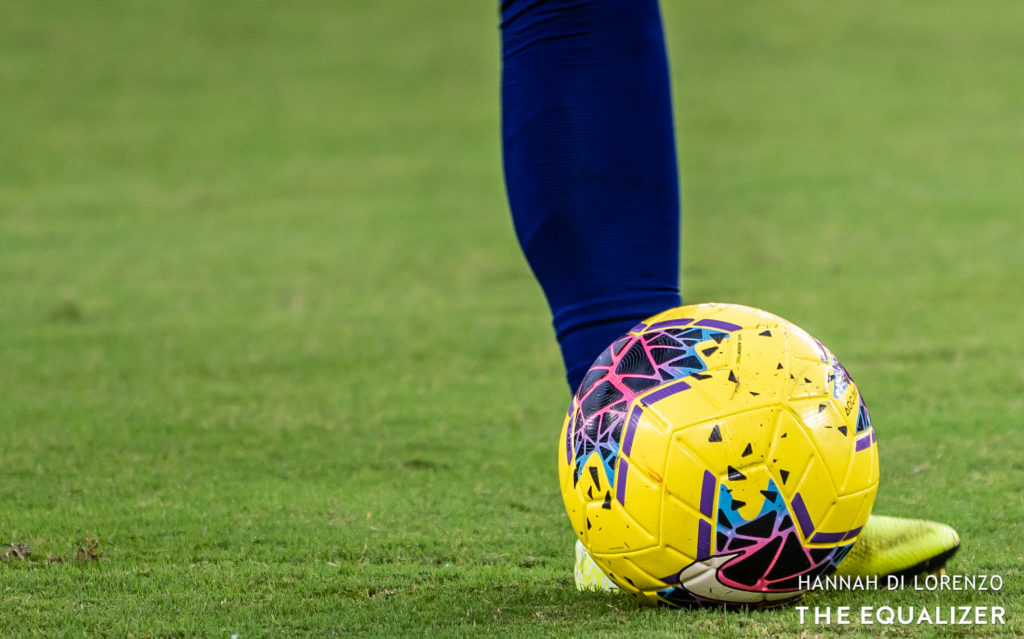 Self-isolation has suddenly become mainstream vocabulary for the entire world, including athletes who are stuck at home. The concept of isolated training, however, is nothing new.

While social media platforms have been flooded with people of all professions juggling the weirdly precious commodity that is a roll of toilet paper, soccer players across the globe have had to figure out how to continue training while maintaining social distancing due to the ongoing COVID-19 pandemic. Those dilemmas are particularly pressing for the professionals whose livelihoods depend on sport, but millions are dealing with the reality at some level — college, youth and recreational players of all ages.

“The biggest dilemma that we are in is that kids are at home and they just don’t know what to do,” says Tom Byer, longtime expert instructor and author of the book “Soccer Starts at Home,” which is now being integrated into youth programs like the one the Houston Dynamo are running.

Byer and his peers have seen the spike in interest in their methods as cities and states across the U.S. have advised against anyone leaving their house for non-essential reasons, with some areas instituting “shelter in place” orders.

Longtime professional player Yael Averbuch West founded Techne Futbol several years ago. The app allows users from anywhere, even in confined spaces, to learn and practice individual ball skills from Averbuch West and other players and coaches in and around the professional game.

Last week, Techne Futbol was among the hottest sports apps in Apple’s virtual store. Daily usage was up 30 times more than usual, with hundreds of teams and clubs from around the United States signing up last week alone.

Time alone doesn’t need to be seen as a setback. For me, it’s always been an opportunity. Your time alone is when you can do something more or different to set yourself apart. Get creative with what you have available and make it productive 👊🏼

Similarly, David Copeland-Smith — who trains several top U.S. players through his parent company, Beast Mode Soccer — has seen significant uptick in interest in his app, My Soccer Training, which similarly brings his knowledge and work with some of the world’s best players right to the phones of any player, any age.

Like Byer, Copeland-Smith acknowledges that the world is experiencing an unprecedented event among living generations. Looking for positives, however, the current state of self-isolation and social distancing will force players to work on their ball mastery skills, an area of the game which is sometimes neglected in the United States.

“I can’t wait to see how much these players will improve on their own, so when this whole situation is over, they go back to their clubs and make a ‘wow’ impact,” Copeland-Smith said. “Hopefully this will also influence people over the importance of isolated training in the ecosystem of soccer.”

Byer said there is small but vocal group of people within the soccer coaching community who have long argued that isolated training is not helpful to development. But Byer, who is from New York and currently lives in Japan, says the biggest issues for young players in the U.S. are too much travel and overly structured training. Those take away the time needed for more fundamental and free-flowing training. “They organize the fun out of them,” he says.

30 Day Challenge. Day 7: When you have mastered the ball, your confidence grows. Why? Because the anxiety of having the ball at your feet disappears, the opposite happens, you WANT the ball ALL THE TIME! pic.twitter.com/92NXBZrYRZ

Byer’s focus with “Soccer Starts at Home” is primarily at the entry level, before kids even begin playing competitively. Getting buy-in from parents to support freedom of play and learning on the ball from those early ages creates the most change, an argument backed scientifically by backed by John J. Ratey, M.D., an associate clinical professor of psychiatry Harvard Medical School.

The current state of world affairs, however, elevates the platform of isolated training for all age levels. Professional players are all dispersed and sitting at home, just like the millions of youth players.

“Now is a good time for players to learn to see training alone as a true opportunity, not just something they have to do because they can’t be with their teams,” Averbuch West said. “The players who are embracing this time and finding creative ways to get better will really separate themselves when they return to the group setting. It’s not just about ball skills — it’s about the values of accountability, work ethic, discipline and self-improvement. Coaches can use this time to help teach those values.”

That sentiment about work ethic goes for players in any position — goalkeepers included.

When you’re a goalkeeper… and an only child… in self isolation… and trying to keep up with your training… 😂😂came up with this himself! I’m so impressed. #coronavirus #StayHomeStaySafe pic.twitter.com/FFzJ1LE3N1

The St. James FC Virginia is one of the top clubs in the country using the Techne app. All players in the club have access to the app and the ability to use it for individual training in addition to their team activities. TSJ FC Virginia has utilized Techne for some time, so players are already used to the supplemental, on-the-ball training.

Bobby Puppione, girls’ academy director for TSJ FC Virginia, said that use of the Techne app is just one part of the club’s plans to get players and coaches through the standstill caused by this pandemic. The club has also put together positional playlists on YouTube for players to watch, created versions of quizzes and homework on Google Forms to challenge players’ tactical minds, and kept things fun and competitive with a BINGO card of activities ranging from on- and off-ball workouts to chores like helping to cook dinner. 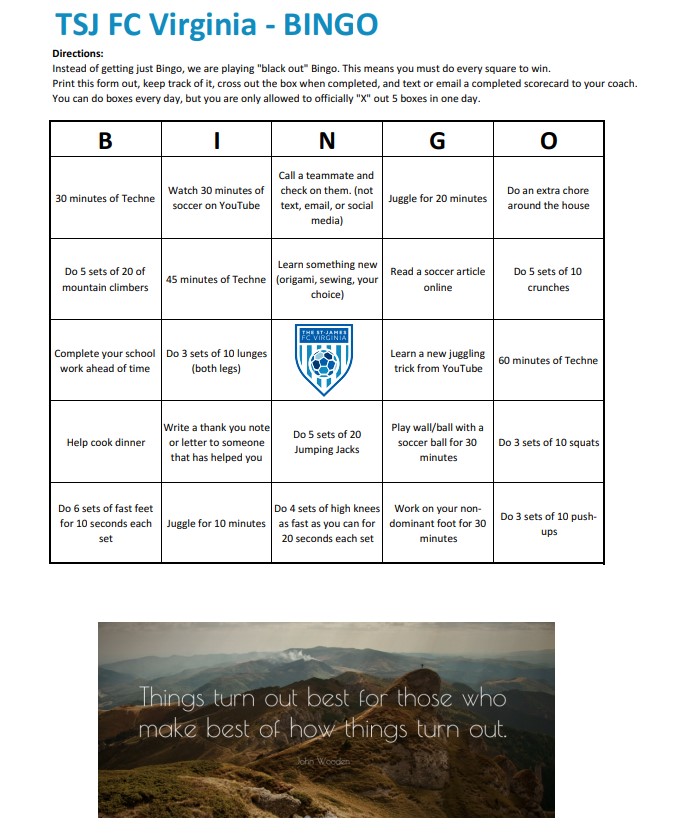 “Our players love the game and we hope by offering them training, problem solving activities, and skill challenges they can safely do at home will bring a sense of ‘normalcy’ and comfort during this time,” Puppione said.

There’s an acknowledgement from everyone in the game that the issues at hand with the COVID-19 pandemic are far greater than soccer. But the blanket absence of the game — from local fields to stadiums and TV sets alike — has perhaps allowed players to appreciate some of the more fundamental skills and practices which they can take for granted. Skills which require nothing more than two feet and only a single piece of equipment.

“Hopefully kids will fall back in love with the ball,” Byer says. “In America, we kind of force the kid to fall in love with soccer and the ball just gets in the way.”

New CEO. New president. Is a resolution finally in sight for the USWNT’s equal pay lawsuit?
Will delay to Olympics drastically change the USWNT’s roster?