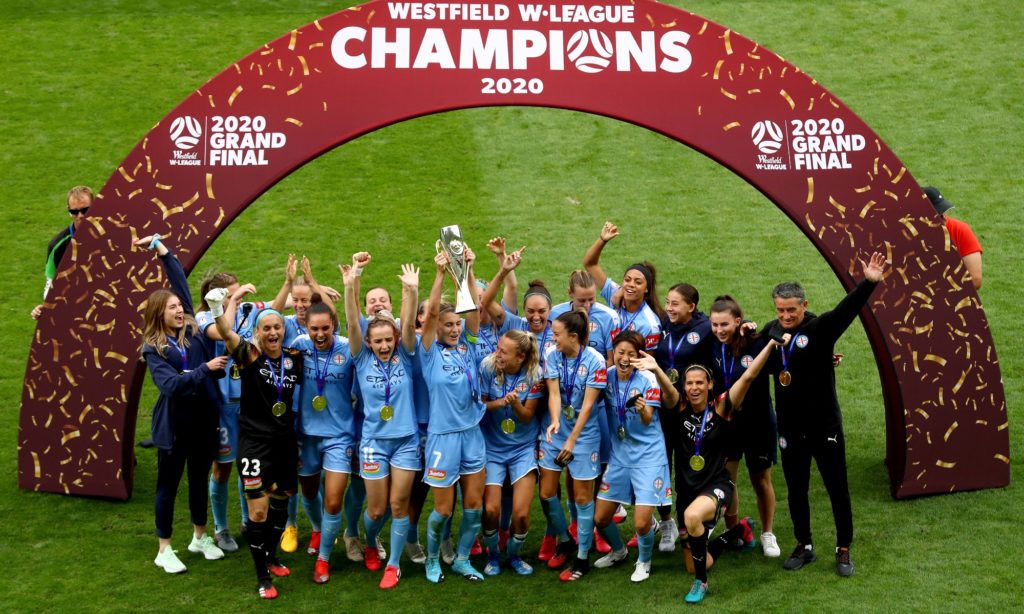 Surrounded by 30,000 empty, green seats and only a few dozen friends and family at AAMI Park on Saturday, Melbourne City FC defeated Sydney FC, 1-0 to become the first team to lift the W-League Championship four times.

Steph Catley was credited with the goal in the 15th minute, though it was largely the result of Sydney goalkeeper Aubrey Bledsoe‘s error on a routine cross.

That was the only goal of the match in a game played behind closed doors due to the ongoing COVID-19 (coronavirus) pandemic which has halted nearly all sports globally. Australia’s soccer leagues — the women’s W-League and men’s A-League — have carried on with matches behind closed doors. The W-League played last week’s semifinals and Saturday’s final behind closed doors in an attempt to finish the season and crown a champion.

The 1-0 victory completed an unbeaten and a near-perfect season for Melbourne City, which won the Premiership (regular season) with an 11-0-1 record, finishing nine points clear of crosstown rival Melbourne Victory. Sydney FC was also on the hunt for a fourth W-League Championship in Saturday’s match.

Saturday’s game will likely be the last high-level women’s soccer match for some time. Club and international competitions have been suspended globally. A few hours prior to the W-League Grand Final kickoff, the National Women’s Soccer League announced that its planned April 18 kickoff would be delayed to a date yet unknown.

Nearly a dozen players from Saturday’s match, including Catley and Bledsoe, are expected to take part in the 2020 NWSL season.