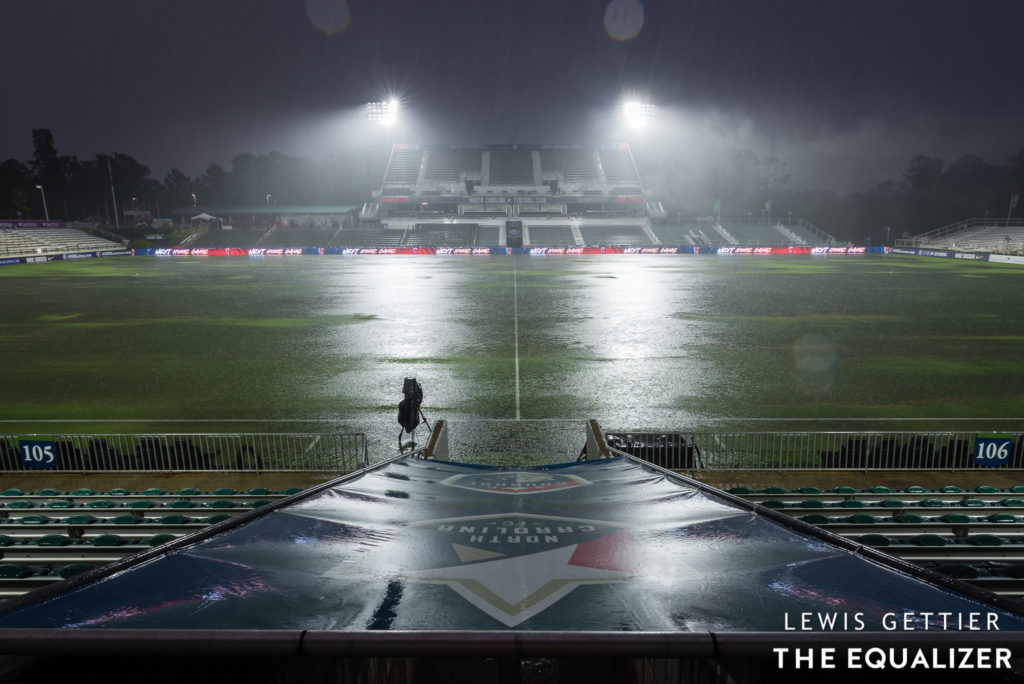 The National Women’s Soccer League announced on Friday that the scheduled April 18 start to the 2020 regular season will be delayed due to the ongoing COVID-19 (coronavirus) pandemic which has shut down industries globally, including most of the sports world. The league did not immediately propose an alternative date for when its eighth season might begin.

“We are considering all possible implications for the preseason and regular season schedules while prioritizing the health and safety of our players, staff and fans,” read a statement issued by the league. Additionally, the moratorium on all team activities has been extended to April 5. The NWSL had already canceled all preseason games and previously halted all team training and activities.

Major League Soccer and the USL Championship and USL League One, which represent the top three divisions of men’s soccer in the United States, this week announced May 10 as their earliest date to return to play. Those seasons had already begun before play was suspended. That May 10 date falls in line with the recent Centers for Disease Control and Prevention (CDC) recommendation that all gatherings of 50 people or more be suspended or postponed for the next eight weeks.

Should the NWSL follow that trend, a May start would represent the latest kickoff in any year in which there was a Division 1 women’s soccer league in the United States. The NWSL was set to play 18 matches prior to May 10. It’s unclear if the season calendar would need to be extended (regular season is due to end Oct. 18) or if the 24-game schedule would need to be shortened based on the postponed start.

All dates are fluid, however. They represent the earliest possible return to play — dates which could be pushed out further. Major League Baseball has pushed back opening day until at least mid-May, and reports are that the National Basketball Association might not return until mid-June.

On March 11, the NWSL announced three-year broadcast rights agreements with CBS Sports and Twitch. That TV schedule was set to begin on opening day, with the Washington Spirit hosting OL Reign on CBS in what would be the first time a U.S. women’s club soccer match would appear on a broadcast television network. It’s yet unclear what the postponement of the season will mean for the TV schedule.

That is just one of many realities which all sports leagues are dealing with globally. One major challenge for all three top soccer leagues — NWSL, MLS and USL — will be securing stadium dates as each battles a condensed schedule. Not all teams control their own venues, and many MLS, USL and NWSL teams share the same venue. Five of the nine NWSL teams share ownership with teams in at least one of those leagues. At a minimum, there would be a number of midweek games taking place in each league, but even in that scenario, there are only so many dates on the calendar as the spring turns to summer.

Whether those games would be played with fans in the stands is another issue.

Also complicating matters is the uncertainty around whether the 2020 Tokyo Olympic Games will take place as scheduled in July and August. The NWSL currently has scheduled what essentially equates to a one-weekend break for the Games. That week will almost certainly have to be used to mitigate fixture congestion — whether the Olympics happen or not. The league will also likely need to play through international breaks.

This week, the International Olympic Committee communicated a curious business-as-usual type of stance, moving ahead with the Olympic Torch relay and issuing a statement which read, “with four months to go before the Games there is no need for any drastic decisions at this stage.” That messaging, along with follow-up stakeholders calls, confused and frustrated administrators and athletes alike.

Many sports, including soccer, have not even completed Olympic qualification. The playoff between China and South Korea for Asia’s final Olympic women’s soccer berth has been postponed. So has the intercontinental playoff between Chile and Cameroon.

U.S. Soccer has canceled all games and training camps through the end of April, including scheduled women’s national team matches against Brazil and Australia.

QUIZ: Can you name all 55 players originally allocated in the NWSL in 2013?
Melbourne City wins fourth W-League Championship in surreal setting