QUIZ: Can you name all 18 players from the USWNT’s 1991 World Cup-winning roster? 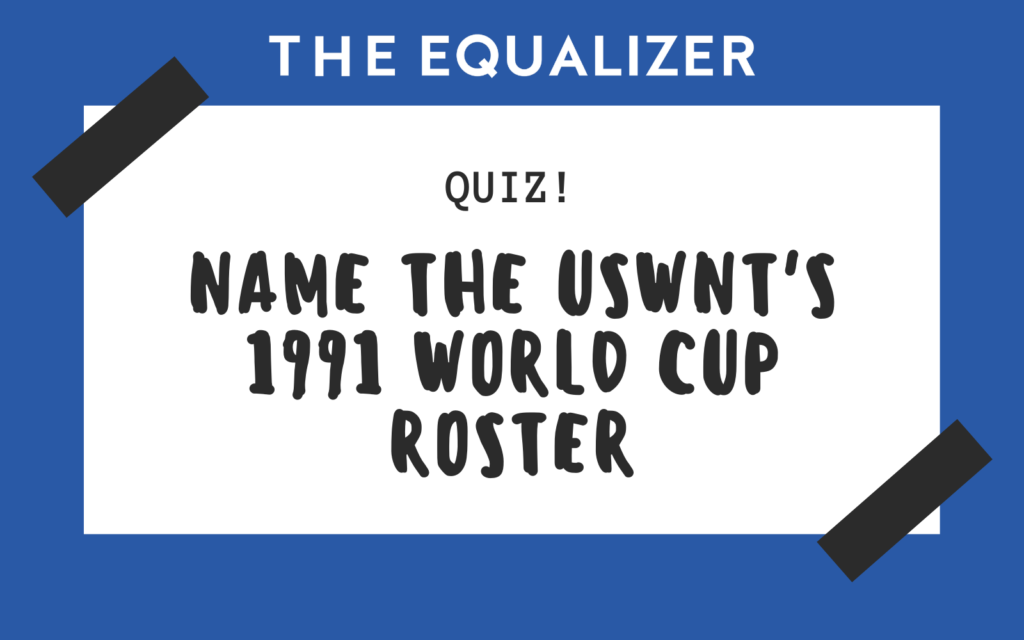 The COVID-19 (coronavirus) pandemic has shut down the entire sports world for the foreseeable future. We’re working diligently to keep you updated on what that means for the upcoming National Women’s Soccer League season, among other things.

For now, there are no training sessions and no preseason games. An on-time kickoff to the regular season on April 18 looks highly unlikely. So, we’re working to bring you different content as most of you find yourselves stuck at home, hopefully helping add to the social distancing we all need to be doing.

We already had a lot of content in the works, and we’re working to figure out how and when would be appropriate to publish some of that. Our goal is to try to continue bringing you, our readers and subscribers who fund us and allow us to function as the only daily media site in our space, a continued sense of normalcy in covering the sport at a time when nothing feels normal.

In addition to that, we’ll be creating content to try to take your mind off things and further fill that sports void. Some of this will come in the form of audio and video interviews, as well as written retrospectives. We’re also going to be rolling out regular quizzes and games related to women’s soccer, to help you pass some time as you sit home. We’ve created a “Quizzes” category where you can filter through all of them and add new ones regularly to help you challenge your women’s soccer trivia brain.

First up is a throwback to the inaugural Women’s World Cup. Can you name all 18 players on the United States roster which won the tournament? Many of you might say ‘yes.’ Can you do it in five minutes? We’ll get you started with the obvious: The team was coached by Anson Dorrance. To help, we’ve added the hints of each position as listed by FIFA at the time, and we’ve added in some married names that are now more commonly used for some players.

And if you want to read more in-depth about the 1991 Women’s World Cup (which, at the time, was named the 1st FIFA World Championship for Women’s Football for the M&M’s Cup, order a copy of “The Making of the Women’s World Cup: Defining stories from a sport’s coming of age,” a book co-written by The Equalizer founder Jeff Kassouf and longtime contributor Kieran Theivam.

New U.S. Soccer president Cindy Parlow Cone: Offensive ‘legal filing was an error’
QUIZ: Can you name all 55 players originally allocated in the NWSL in 2013?