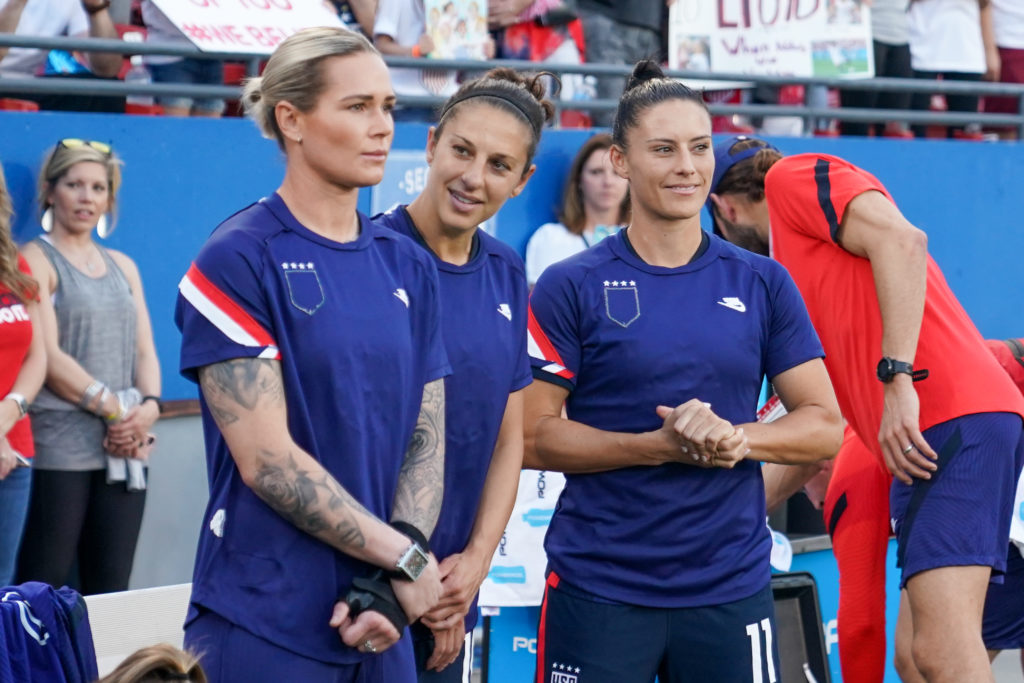 One of the most effective protests in American soccer’s history came together in a matter of hours, and, for U.S. women’s national team players, it had the added benefit of proving their commercial value.

All 23 United States women’s national team players on Wednesday took the field for their final match of the SheBelieves Cup — and perhaps their last match for the foreseeable future, as the global sports world shuts down due to the COVID-19 pandemic — wearing their training shirts inside out to hide U.S. Soccer’s logo, instead showing only a blank crest outlined by stitching, with the four stars above it representing each of the team’s World Cup victories. It was done in protest of the federation, whose legal filings on Monday argued that men’s players were inherently better and more skilled athletes. But the protest also unintentionally served as proof of concept for their legal argument that they are undervalued by their employer.

Watching all of this unfold was the small team of employees from BreakingT, the “moment-driven sports apparel company” which is an official licensee of the United States Women’s National Team Players Association. BreakingT employees had been brainstorming how to create new products when sports around the world were about to halt play — thus eliminating the viral moments which make for the creation of real-time products. They didn’t know they were about to get part of their answer later that night.

“That actually is pretty shirt-y,” was the thought of the BreakingT team, according to director of marketing Dominic Bonvissuto. “We know that the U.S. women’s national team sparks passion.”

Access the best women’s soccer coverage all year long
Start your FREE, 7-day trial of The Equalizer Extra for industry-leading reporting and insight on the USWNT, NWSL and beyond.
Subscribe
Existing Users Sign In Here
Related TopicsExtraFeaturedUSWNTPA