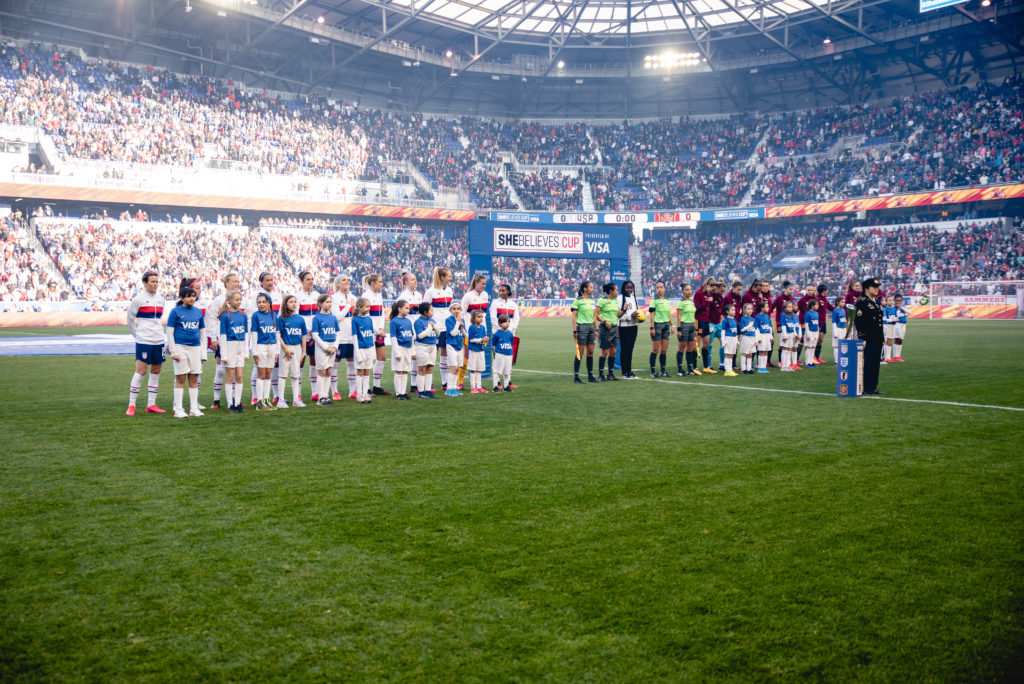 U.S. Soccer announced Thursday that it has canceled upcoming United States men’s and women’s national team games and training camps through the end of April “due to the ongoing uncertainty surrounding the COVID-19 pandemic across the world.” Additionally, the National Women’s Soccer League has canceled all preseason games.

The U.S. women were set to play Australia on April 10 in Sandy, Utah, and Brazil on April 14, in San Jose, California. The American women are also set to play Germany twice in June and play another two friendlies in July before the Olympics, but every sports event across the globe remains in doubt at the moment. Most major U.S. leagues and sports organizations had canceled or postponed events by Thursday afternoon. MLS suspended the season for 30 days. U.S. Soccer has canceled events through April 30.

U.S. Soccer has not yet officially announced the other four U.S. women’s games. The federation said it “will also look to reschedule the matches with Australia and Brazil in the future.”

“After receiving guidance from local and state authorities and medical personnel, and with the support of the Board of Directors, the National Women’s Soccer League is canceling the 2020 pre-season match schedule in the wake of the most recent developments surrounding COVID-19. Our priority continues to be the safety and well-being of our players, coaches, staff, and fans. We are reviewing all contingency plans related to our regular season schedule and are monitoring developing events and their potential impact. We are deeply appreciative of our fans and partners for their continued support of our league and all our world-class players.”

As of 6:12 p.m. ET Thursday, when that statement was released, only preseason games were canceled and teams were still training. Even training, however, is being taken case-by-case and could soon be re-evaluated. The NWSL regular season is, as of now, scheduled to begin April 18.

The U.S. men’s national team was due to play away to Netherlands on March 26 and Wales on March 30, but will no longer be making that trip. The teams will not hold training camp, either.

“With the health of our players, coaches, staff and fans as our main priority, U.S. Soccer has decided it was in the best interest to cancel the majority of our upcoming domestic and international camps at all levels, including our senior Men’s and Women’s National Team games in March and April, due to the outbreak of COVID-19,” said U.S. Soccer chief medical officer George Chiampas. “We have been in communication with the Centers for Disease Control and Prevention (CDC), as well as state and local departments of public health, and after those conversations and continuously monitoring the situation, we strongly believe this is the best decision considering the ongoing worldwide health situation.”