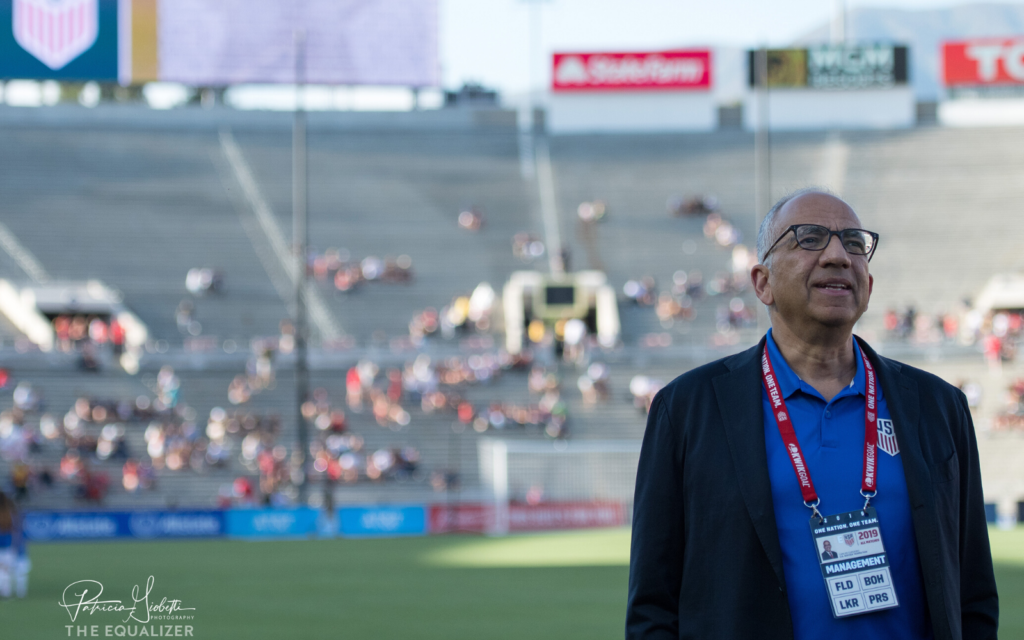 In late February, both the U.S. Soccer Federation and the United States women’s national team players filed motions for summary judgment in the equal pay lawsuit scheduled for trial May 5. Motions for summary judgment are standard practice in federal court and a way to get all or parts of the case decided or dismissed, depending on the issues. They also get a good amount of information in front of the case’s judge before trial.

The events of the past few days, however, show that the distance has only widened between the federation and the players. In a letter released Saturday by U.S. Soccer president Carlos Cordeiro, and in legal filings which were released late Monday, U.S. Soccer doubled down on arguments which may or may not prove successful legally. What’s clear, however, is that they have further eroded the relationship between players and federation.

“The timing of it, on the eve of not only a game, but in this tournament and on the eve of International Women’s Day, I guess…” Megan Rapinoe began to say after the United States’ victory over Spain on Sunday. The 2019 FIFA Best winner had to pause to further digest Cordeiro’s letter. “If that’s how you want to celebrate International Women’s Day and show support for not only your players but for potential future players and girls all over the place, that’s one way to do it.”

In their recent motion, U.S. Soccer argued, among other things, that the U.S. women’s players are paid differently than their male counterparts due to the difference in their respective contracts. The federation also argued that the men and women do not perform equal work requiring equal pay, noting the overall ability to play at the men’s level requires certain physical attributes, including speed and strength.

U.S. Soccer has offered a proposal for equal pay for our women and men players in all matches controlled by U.S. Soccer.

We look forward to discussing our proposal with the WNT and to resolving this in the best interest of everyone involved. pic.twitter.com/c3xZ3AtnT7

The players countered, arguing that the case was fairly simple in regards to the legal argument surrounding discrimination. They also placed a monetary figure on their argument, seeking nearly $67 million and possibly millions more in back-pay and other damages. The U.S. players outlined how much they would have made under a pay schedule like the one the U.S. men’s team had in place, an argument which U.S. Soccer disagrees with due to FIFA World Cup bonuses being included in that pay, with the Men’s World Cup bringing in substantially more money than the women’s event.

Late Monday night, each side filed their responses to the other’s motion for summary judgment and feisty is an understatement.

U.S. Soccer lawyers doubled down on their argument that the women’s team does not actually argue that their collective bargaining agreement (CBA) is being applied in a discriminatory manner, adding that the CBA was specifically bargained for and courts generally do not interfere in this process. In regards to the players’ Equal Pay Act (EPA) claim, the federation argued that nothing in the players’ motion lists a comparable male players’ pay rate to sustain an Equal Pay Act claim, and that they only use the respective CBAs of the men and women to make a comparison.

U.S. Soccer also adds in the argument that if the men’s team operated under the women’s team’s CBA, the men would have received more compensation than under their own CBA. This logic, however, further solidifies that the men can perform half as well as the women and still be paid more.

Next, U.S. Soccer argues that the women’s national team does not perform equal work as the men’s team, bringing back the sexist stereotype by noting that the ability required of women to play relative to the men is materially lower in regards to speed and strength, and therefore the work is not comparable. U.S. Soccer calls this “indisputable ‘science’” and cites a scholarly article describing the scientific basis for “the average 10-12% performance gap between elite male and elite female athletes.”

The federation’s counsel compounds this by calling speed and strength “fundamental to the job,” and seemingly lists those attributes as the job requirements to be compared under the law. Notably absent from the job requirements in U.S. Soccer’s arguments are tact, precision, decision-making, and winning.

Still, the federation continues the narrative that may carry weight in court, but certainly feels detached from an advanced-world view. One of these arguments is that Alex Morgan is being paid 75% of her salary even though she is pregnant and cannot play. Compare this to the new WNBA collective bargaining agreement that accounts for the modern woman athlete and guarantees 100% of her salary in the event she is pregnant and cannot play.

U.S. women’s players came back at every federation argument in their own brief filed Monday evening. They acknowledge that all compensation should be considered under their EPA claim, but state that compensation on its face is lower for women in bonuses for friendlies, tournaments, and the World Cup as well as the men’s and women’s respective CBAs.

In regards to U.S. Soccer’s equal work argument, the U.S. women’s players argued that the law does not compare the skills of people performing the jobs, but the skills needed for the jobs themselves. To this extent, the players noted that men and women prison guards, while separated by sex in their place of employment, are still compared based on the skills needed for the job, not the individual strength and speed needed to contain men and women prisoners. Finally, the women’s players’ brief scolded U.S. Soccer, adding that “Arguing that the WNT did not win its two World Cups ‘against the most elite male soccer players in the world’… is not a defense under the EPA; it is a tone-deaf admission of blatant gender-based discrimination.”

The filings come after a public dispute between both sides that was sparked when Corderio issued a letter Saturday evening, before the SheBelieves Cup game between the U.S. and Spain on Sunday, which was also International Women’s Day.

Many of the players were irked at this statement, the timing of which was suspect, considering the ongoing legal battle, impending trial, and it being on the eve of a match. The players, through spokesperson Molly Levinson, called the letter “riddled with falsehoods.” Specifically, Levinson asserted that U.S. Soccer’s letter referred to offering pay that was based on the men’s 2011 rate of pay and offered women the pay of men negotiated over a decade ago, adding that U.S. Soccer “employed dishonest tactics by asking to speak to players and their legal representatives in confidence, demanding confidential conversations, and then immediately leaking the conversations to the media using distorted information.”

The ongoing case remained a hot topic among reporters and players at Sunday’s game.

“We wanted the response to be strong and we wanted it to be fast to be out there and be truthful,” newly elected USWNT Players Association president Becky Sauerbrunn said. “They don’t get to kind of shape the narrative. We’re going to bounce right back at them if they come with stuff like that.”

Where does this leave the case? Each side will be able to respond to these reply briefs. Further, the judge in the case, the honorable Robert G. Klausner, grants only 41% of the motions on summary judgment before him, with 61% of all his rulings happening between 24 and 63 days and the average time he takes to rule being 47 days, according to his statistics on Westlaw. All signs point to the May 5 trial date holding steady. Forty-seven days from May 5 is June 21; the Olympic women’s soccer tournament is due to begin on July 22.

However, any gain U.S. Soccer could achieve in the courtroom has already been lost in the court of public opinion. The timing of Cordeiro’s letter, on the eve of the SheBelieves Cup game played on International Women’s Day, exactly one year after the filing of the lawsuit itself, is the epitome of being out of touch.