Despite loss, Spain shows off progress — and forces USWNT to react 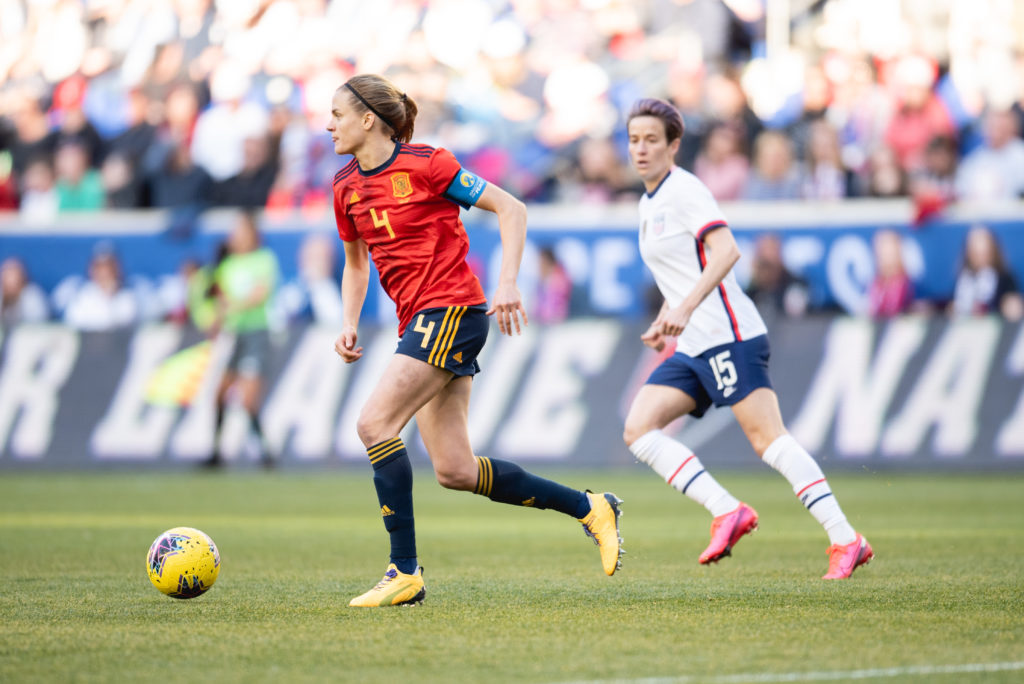 HARRISON, N.J. — Spain are good. They’re not perfect, not yet global contenders, but they are good. And everyone knows it.

“I wouldn’t say [Spain] surprised me because we knew they were a good team,” United States women’s national team coach Vlatko Andonovski said after his team grinded out a 1-0 victory on Sunday at Red Bull Arena. “If I say ‘surprised’ then I feel like it would be disrespectful. We knew they were good. We knew they were technical. They have the ability to break things down and we saw that at times how dangerous they can be.”

Indeed, Spain controlled much of Sunday’s match, at least between the 18s. It was reminiscent of the World Cup match in Reims, France, last June, when the Americans were pushed to the wall before emerging 2-1 winners in the round of 16.

Andonovski, who was not the U.S. coach at the World Cup, said the visual suggestion that the team did not press Spain the way they had England three days earlier was not by design, but a factor of strong technical play from the Spanish.

“When they were starting the attacks, every attack started with a long-ball from the goalkeeper, and then the second ball was when they started building,” Andonovski explained. “That set us off a little bit. Our line of confrontation dropped because of that. After that, we just didn’t feel like we had a good time to step up and put them under pressure. Credit to Spain. They’re very technical.”

Andonovski went on to explain that his second-half substitutes — notably bringing in Christen Press and Tobin Heath — were designed to try and push that block higher in an effort to re-seize control of the match.

“Pushing the block from middle to high, I think we did a good job,” he said. “Tobin and Press both allowed us to step in a little bit higher.”

Eventually, the U.S. locked back onto the ball and a Press pass to Lynn Williams set up a free kick which led to Press finding Julie Ertz for the only goal of the game. Press was asked if her initial pass in was a scoop pass, similar to what Lindsay Horan played to Carli Lloyd for an assist against England, but she demurred, saying, “I don’t know, you tell me. I really don’t remember.”

In the two matches against Spain since last summer, the U.S. has scored three times, none from the run of play.

“They had like 94 percent possession,” Megan Rapinoe deadpanned before adding. “Not an official number.” It was actually 60-40 in favor of Spain. The Spanish also completed 81% of their passes to 72% for the United States, with Spain loggin almost 200 more passes.

“Obviously, they control the ball really well,” Rapinoe continued. “I think the range of possession is getting a lot better. They can go if they need to. They can go short. Just their control over the ball and over the game is really impressive.”

“We always try to keep the ball a lot,” Spain’s Irene Parades said. “It is our strength to move the other team and we did it like that.”

Parades said her team is getting better but is far from a finished product. “We want to play these kinds of games against the best,” she said. 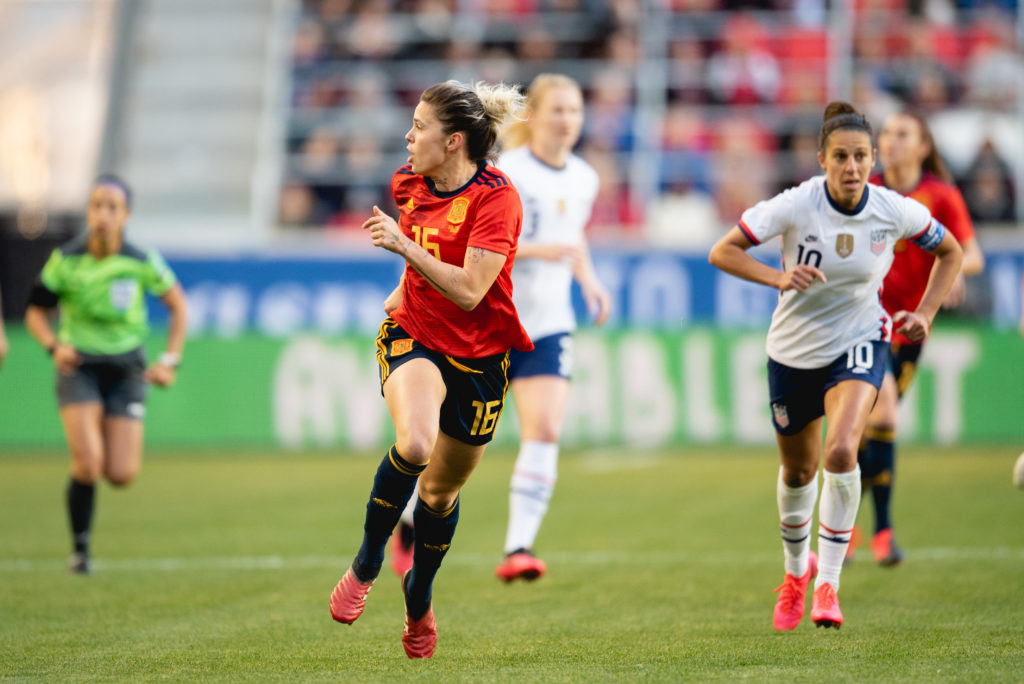 Rapinoe was impressed by how consistent Spain was over the 90 minutes saying it was an “almost complete performance.”

“Just the final piece is still I think what they’re lacking a little bit, just creating a lot of chances,” she said. “And it’s hard. A team like that, the other team is usually going to sit in.”

Spain are not going to the Olympics. The intense qualification for the World Cup and European Championship leaves no time for proper Olympic qualifiers. Europe names the three teams last standing at the World Cup as Olympic participants, and Spain fell short. They should be contenders next summer at the Euros, but first they need to qualify, and key matches against Czech Republic and Poland loom between now and June.

“Tonight, I thought Spain did a great job and they exposed some of the things that we need to work on,” Andonovski said. Asked to expand, he returned to the discussion about playing the block higher up.

“This was not a great performance by us,” Rapinoe said, turning the conversation inward. “I’m sure we’ll have a lot of film to go watch and things we can work on. I think these performances are always better and more telling than if we go out and smash teams and everyone feels jolly about themselves.”