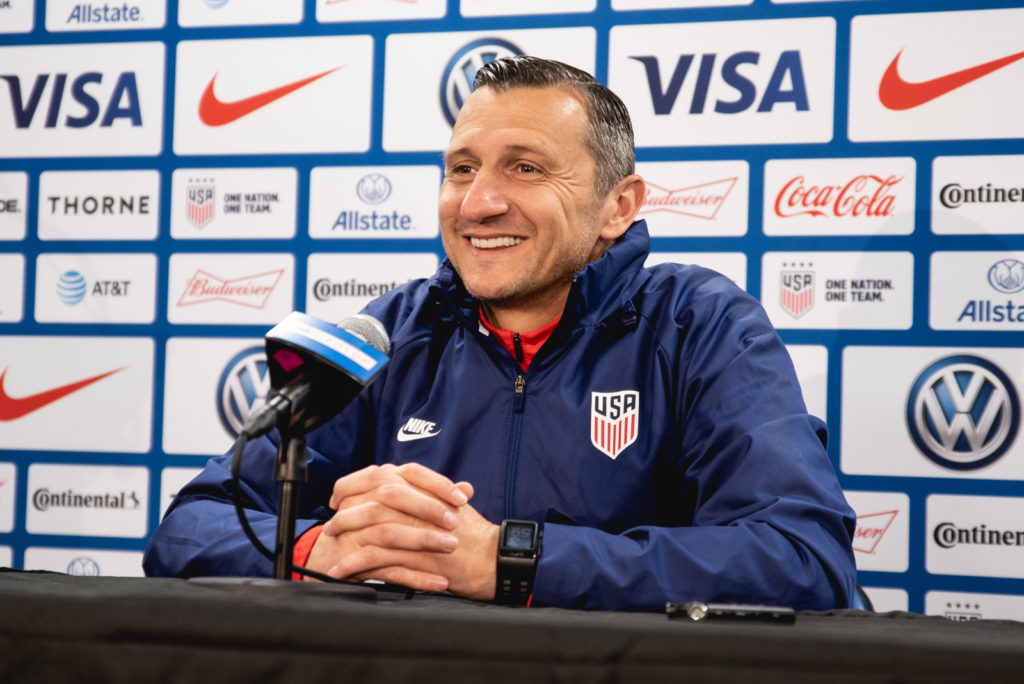 Julie Ertz scored the game-winning goal in the 87th minute to lift the United States women’s national team to a 1-0 victory over Spain on Sunday at Red Bull Arena in Harrison, New Jersey. Ertz found the net with her head off free-kick service from Christen Press.

The victory sets up the Americans to win the SheBelieves Cup on Wednesday against Japan.

England and Japan began their journey in the SheBelieves Cup with losses. A young Japanese team fell to a Spanish team looking to make a mark against high competition. Meanwhile, the Lionesses of England were taken down by their recent rival, the United States. On Sunday afternoon, England and Japan battled and fought for chances, but England came out on top with a 0-1 victory.

Ellen White scored the breakthrough goal, after a Japanese giveaway on defense. Toni Duggan picked up the ball — she entered the match in the 60th minute for Lauren Hemp — and found White in the box for the goal. This is England’s third win in the last 10 matches.

Meanwhile, Hemp had a close chance in the opening three minute, going for goal bit hitting her shot a bit wide of Japanese goalkeeper Sakiko Ikeda. However, England’s best chance at a goal occurred when Bethany England went one-on-one with Ikeda, but the Japanese keeper got both hands on the ball.

Closing out the SheBelieves Cup, Japan will take on the United States on Wednesday at 8 p.m. EST. There is a plentiful amount of history between the two sides, as Japan claimed the FIFA Women’s World Cup title over the USWNT in 2011. However, the United States got payback in 2015 with their third title, and claimed Olympic gold over Japan in 2012. Meanwhile, Japan is gearing up to host the Olympics this summer in Tokyo.

England will take on Spain for their final SheBelieves Cup match on Wednesday at 5:15 p.m. EST.