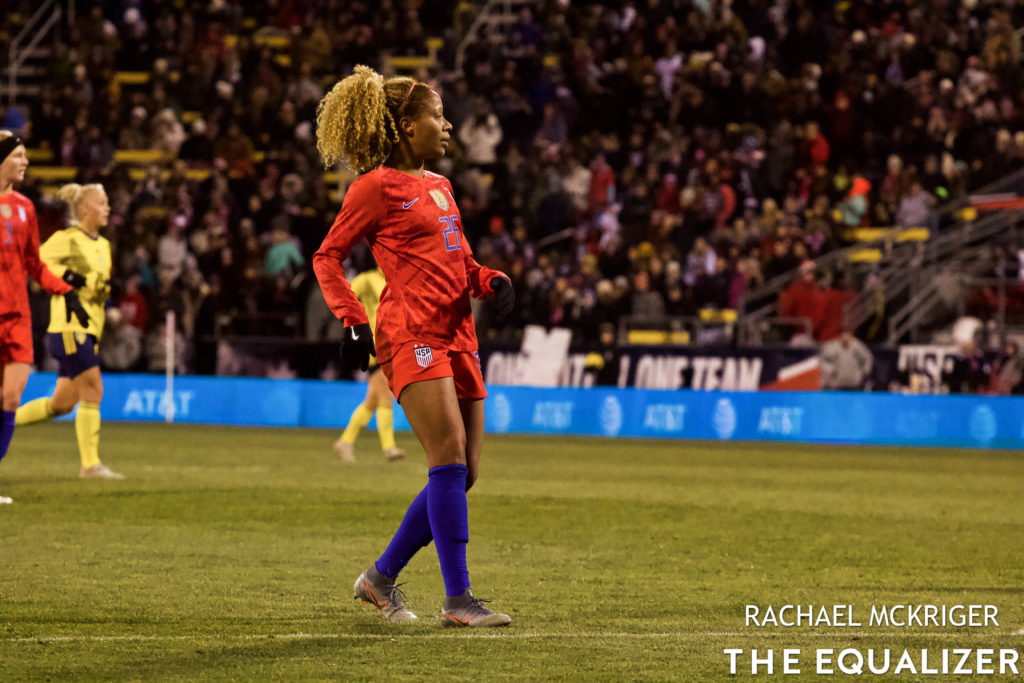 Casey Short is ready for whatever

Casey Short is ready for whatever

ORLANDO, Florida — Nothing came easy for Casey Short in 2019. She was, by all accounts, the last player cut from the United States women’s national team’s 23-player World Cup roster. Her omission was surprising considering her versatility and ability to play in a position of need for the team, and her status as a regular call-up for several years.

What followed that disappointment were, Short has said, the toughest weeks of her life. She soon re-centered and chose to use the moment as an opportunity to grow. Short had the entire 2019 National Women’s Soccer League season with the Chicago Red Stars to look forward to, and she helped guide the team to its first championship appearance.

Now, she’s back in camp with the U.S. for the SheBelieves Cup after missing out on the recent Olympic qualifying tournament. Her absence from that roster was surprising, but Short said that she “took a knock” on that first day of January camp. It was unfortunate timing, she concedes, as the window shrinks on another effort to fulfill the dream of playing at a major tournament. At this point, however, the 29-year-old defender is unfazed. She’s been through the harder stuff, like torn ACLs and cuts from major rosters.

“I guess it just kind of shows that you never know what is going to happen,” she said of her January setback. “You just have to make the most [of it]. I was lucky enough to get another opportunity here. I just try to keep that mentality.”

Access the best women’s soccer coverage all year long
Start your FREE, 7-day trial of The Equalizer Extra for industry-leading reporting and insight on the USWNT, NWSL and beyond.
Subscribe
Existing Users Sign In Here
Related Topics2020 SheBelieves CupCasey ShortExtraFeatured