The latest scoop on the USWNT? Adding a little more creativity 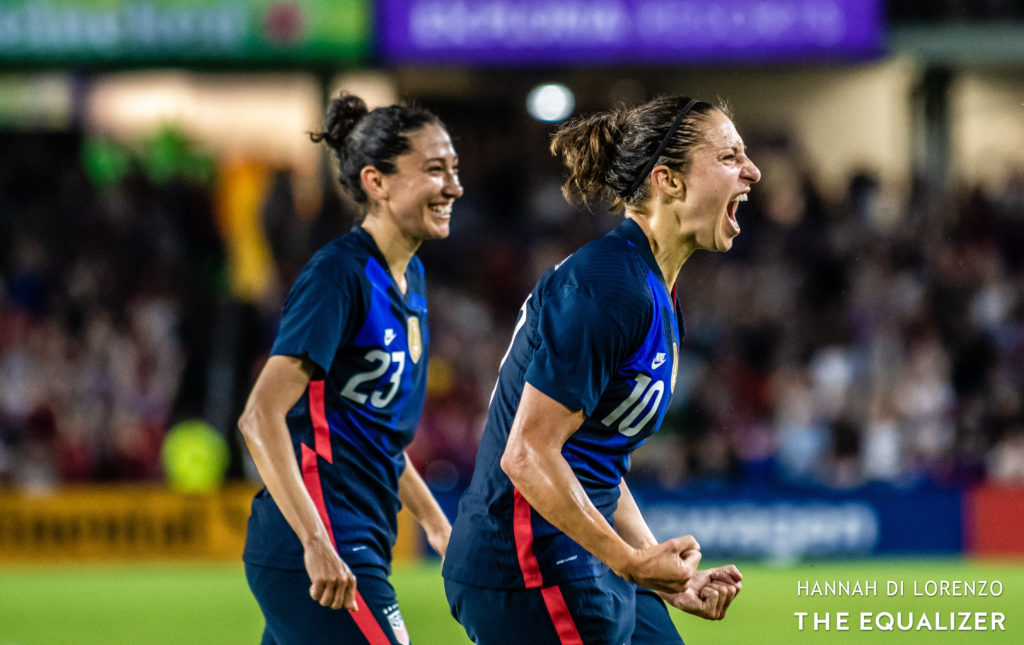 ORLANDO, Florida — Phil Neville stood in the bowels of Exploria Stadium answering a familiar set of questions on Thursday. His England team had just lost the opening match of the SheBelieves Cup under circumstances similar to the 2019 World Cup semifinal.

Record heat and stifling humidity moved into Orlando on Thursday, much like the conditions in Lyon last July for the U.S.’ victory over England. Christen Press started in place of Megan Rapinoe and scored the first goal of Thursday’s match — again, just like that semifinal — and the U.S. marched on to a comfortable victory.

Neville said that the difference between great teams and good teams are moments, sometimes moments of magic. The Americans had a pair of those on Thursday in the 2-0 victory, but to simply reduce them to something fluky — or, at least, to not acknowledge that the magic is created through a more intense science — would be disingenuous.

“Honestly, we’ve been working on scoops,” Horan said, hardly able to keep a straight face at the terminology.