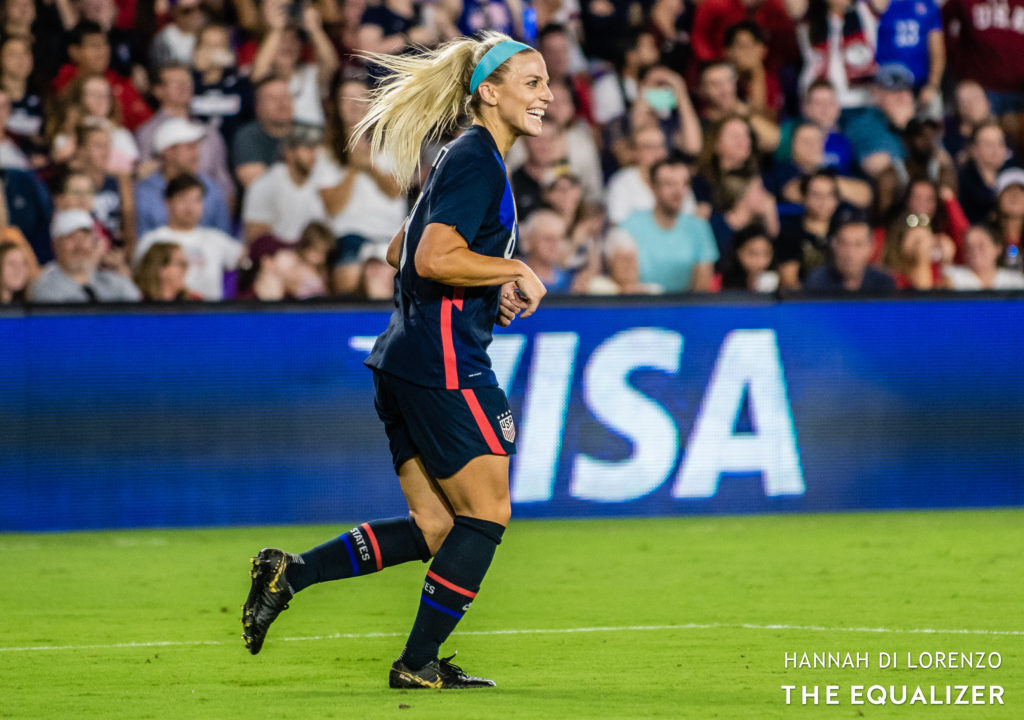 The United States women’s national team opened the SheBelieves Cup with an authoritative, 2-0 win over England on Thursday night at Exploria Stadium in Orlando. The result almost certainly means England will not repeat as champions of the event — a feat often referenced by coach Phil Neville during last summer’s World Cup.

It was also a match that was not reflective of its final score. Here are three thoughts from the match.

There is a tiresome debate that rages about whether or not the United States is head-and-shoulders the best team in the world or if the proverbial gap is closing. On Thursday night, at least between the U.S. and England, the gap was as wide as it has been in some time.

Access the best women’s soccer coverage all year long
Start your FREE, 7-day trial of The Equalizer Extra for industry-leading reporting and insight on the USWNT, NWSL and beyond.
Subscribe
Existing Users Sign In Here
Related Topics2020 SheBelieves CupEnglandExtraFeatured