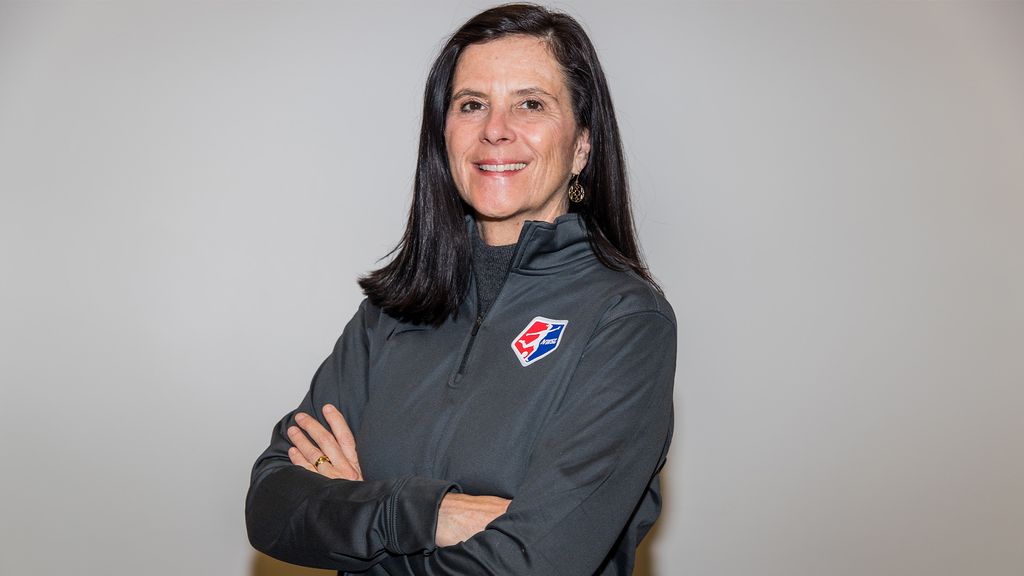 Lisa Baird was announced as the new commissioner of the National Women’s Soccer League on Thursday. Her first day on the job will be March 10.

Baird brings several decades of sports and business experience to the league, having spent nearly 10 years as chief marketing officer of the United States Olympic and Paralympic Committee. She served as CMO for New York Public Radio for the past 18 months.

Baird will take over a commissioner role which was vacant for three years; former commissioner Jeff Plush announced on March 2, 2017 that he was stepping down. An “immediate” search began for his replacement, but that was eventually shelved as NWSL president Amanda Duffy assumed some of Plush’s roles. Duffy left the league office earlier this month for a new role with the Orlando Pride.

In her first media interview, with SI’s Grant Wahl, Baird said “I’m going to spend my time on the commercial side of it and media sponsorship.”

With the USOPC, Baird was involved in securing broadcast, sponsorship and licensing deals. She was a key figure in launching the “Team USA” brand, which now has about four million Facebook followers, among other key metrics. Baird also worked with national governing bodies, including U.S. Soccer.

Baird joins the NWSL at a time when the league is seeking independence from U.S. Soccer. NWSL owners thought that would have been achieved by now but, unable to agree on terms, the league and federation extended their partnership through the end of 2020.

“With the year agreement in place,” Baird told SI, “that gives me stability and security, and I have a good level of trust with them to build what is going to be the right partnership for the future.”

Among other previous roles Baird held, she was senior vice president of marketing and consumer products for the NFL from 2005-2007. She also previously worked for IBM and General Motors.

“As a long-time fan of the game and the players, I am excited to be joining the league at this time. The NWSL has tremendous positive momentum and a clear path towards growth,” Baird said in a press release.

The NWSL said a search committee for the new commissioner included a representative from each NWSL club. Baird received “unanimous support” as the “clear choice to lead the league into the future,” the league’s release said. Nolan Partners, a global executive recruiting firm, conducted the search.

“We are thrilled to name Lisa as the Commissioner of the NWSL,” said NWSL executive committee chair and North Carolina Courage owner Steve Malik in a statement. “Her impressive background at the forefront of sports and commercial business for some of the most iconic properties worldwide will be instrumental to the future success and growth of the league.”

The Lowdown: What to make of the impending Becky Sauerbrunn trade
Among Lisa Baird’s crucial tasks is uniting diverse group of NWSL owners